Too many music festivals 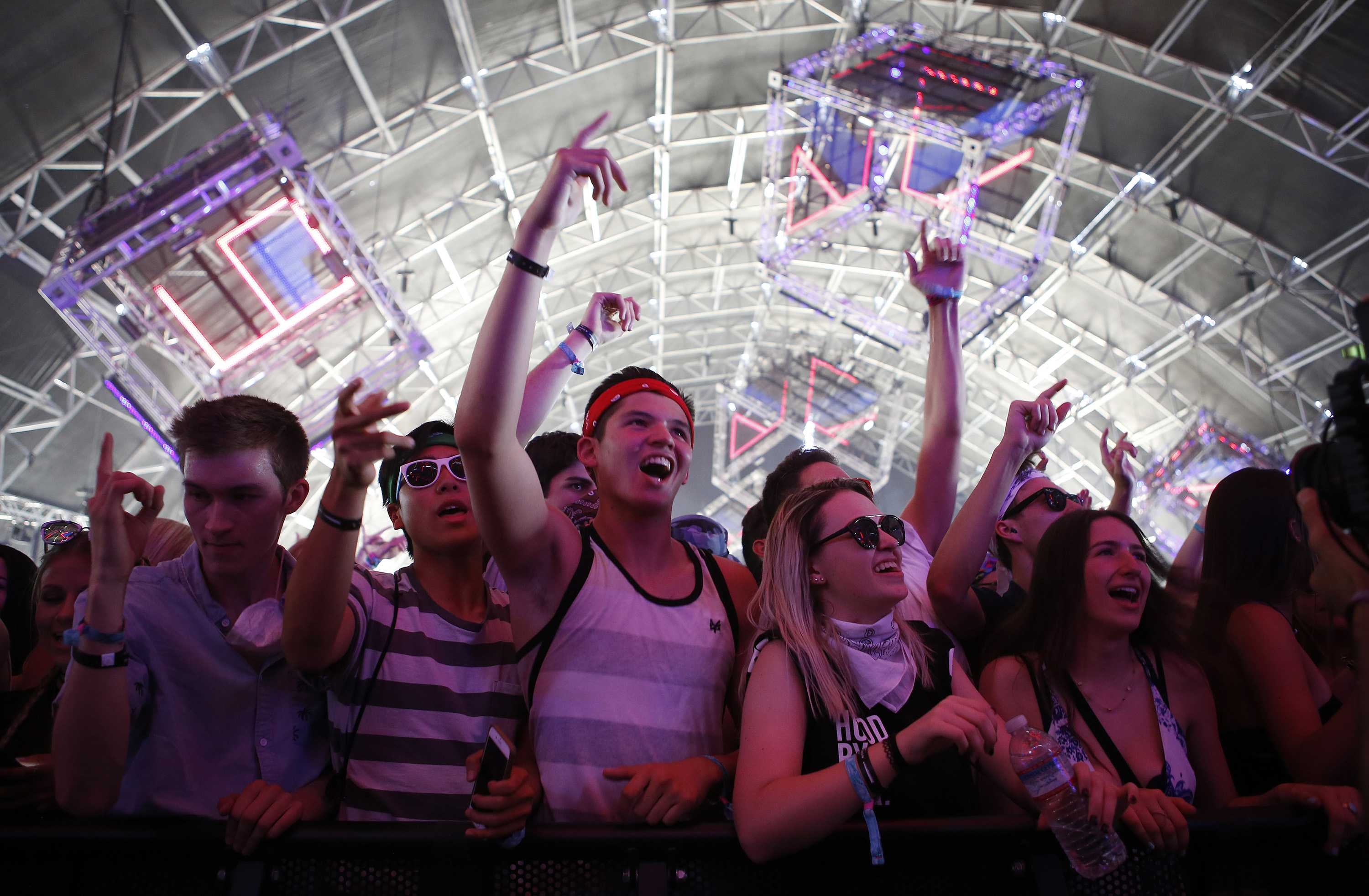 Fans cheer, dance, and sing along as Vanic performs at the Coachella Music and Arts Festival in Indio, Calif., on Saturday, April 16, 2016. (Katie Falkenberg/Los Angeles Times/TNS)

Music festivals have become weekly occurrences in the Los Angeles area over the past few years and as a result of this influx, all of the lineups are starting to look identical.

Economics major Angel Hernandez believes companies need to slow down with the festivals because they are losing their originality.

“The music festival market has 1000 percent become over saturated,” Hernandez said. “There’s festivals going on like every day with every sort of theme imaginable, it’s ridiculous.”

The surge of music festivals over the past several years has led to a high demand for relevant artists who are willing and ready to perform. Due to the frequency of these festivals, it is not uncommon to see the same artists being booked over and over again.

Some people aren’t bothered by the fact that the lineups consist of the same artists.

Management major Seng Lam attends around four festivals every year and doesn’t mind that the lineups have a similar blend of artists.

“I don’t really care that the lineups are similar to each other,” Lam said. “Artists release new music and change up their sets every time that I have attended so it still keeps me entertained.”

Companies are also taking advantage of the rise in popularity. Festivals such as Coachella and Tomorrowland are doing their best to imitate and duplicate to make profits.

Coachella itself has expanded to two weekends and added a sister festival in New York called Panorama. The Belgium-based festival, Tomorrowland, has expanded to the United States and Brazil by throwing massive festivals in both locations in recent years.

Giovanni Garcia, a journalism major, has been attending festivals for over three years and tries to go to at least once every two months.

“There’s definitely a lot of festivals and shows too,” Garcia said. “It seems like they’re popping up everywhere, but I guess that’s just the trend nowadays.”

Insomniac Events, which is based in Los Angeles, will finish 2016 with a total of seven music festivals in the L.A. area, the majority of which are at least two days. On top of this, they put on weekly events at venues and clubs throughout the L.A. area including Create and Exchange L.A.

Over the past several years, Insomniac has expanded its most famous festival, EDC, from Las Vegas to various locations around the world. They have taken the festival to the U.K., New York, India, Puerto Rico, Brazil, Mexico and various other locations.

“I barely go to festivals anymore because I went to a bunch when I first got into the scene and now I’ve seen everybody I’ve wanted to ten times over,” Hernandez said. “EDC has had the same headliners for the past five years, they literally don’t change a thing and they still sell out every time.”

Originality and uniqueness is often something that fans look for in a music festival lineup and can sometimes be the deciding factor on whether they attend.