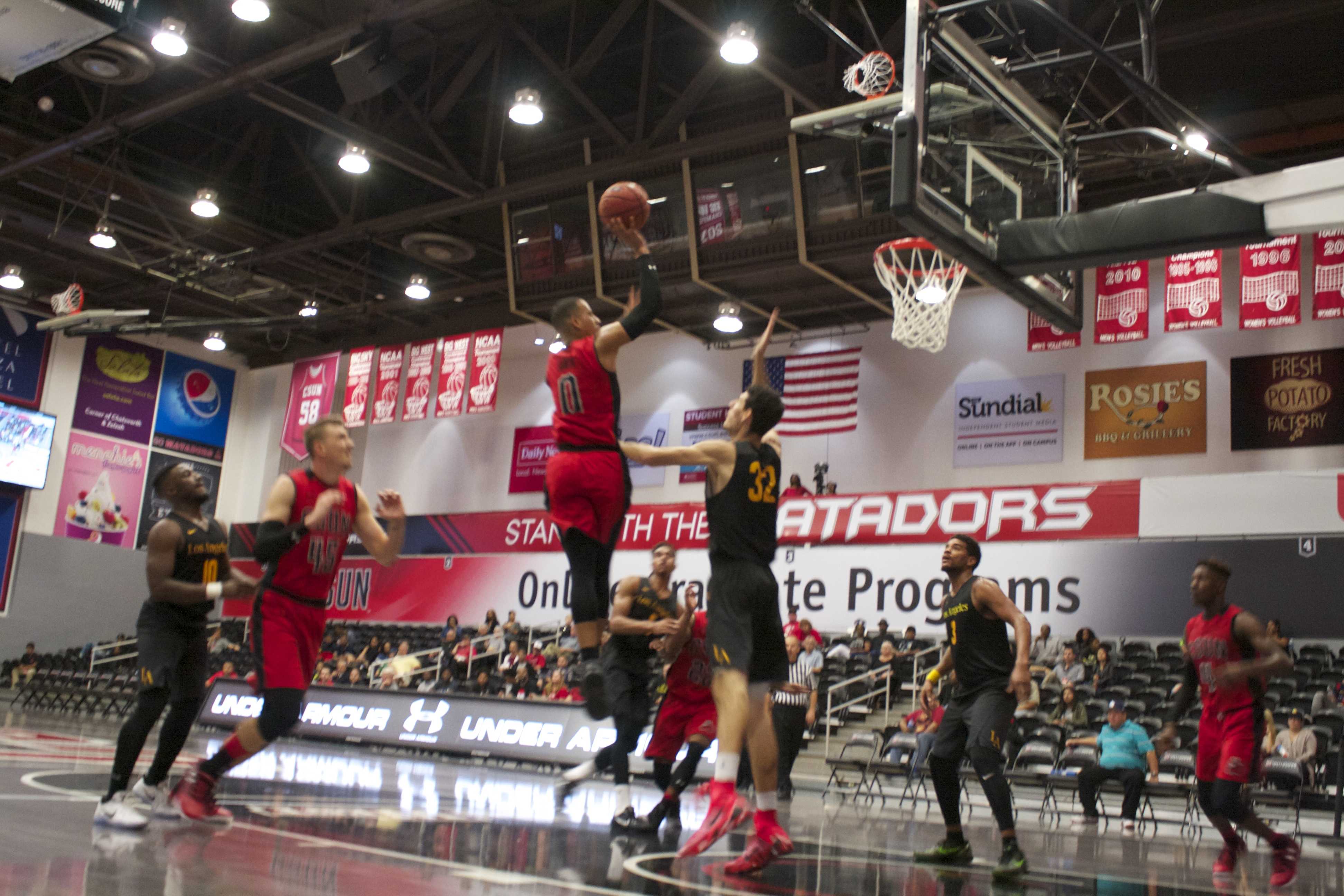 Junior forward Tavrion Dawson had a career-high 28 points and hit a game-winning three-pointer at the buzzer as the Matadors snapped a three-game losing streak, defeating Idaho State 79-76.

The Matadors, up 76-73 with 21 seconds left, needed a stop to seal the win. Bengal junior guard Geno Luzcando hit a three in the face of Dawson, tying the game with eight seconds remaining.

Junior guard Kendall Smith, who finished with 18 points, then dribbled the ball up the court and found Dawson for the game-winning shot as time expired.

Head coach Reggie Theus was pleased with his team’s decision making in the final minutes of the game.

“You can’t say enough about Tavrion and how he played,” Theus said. “28 points, got to the line, played through contact, just a tremendous job. This guy makes a hard shot with a hand in his face and he gets a chance because he stayed with it. Kendall has a chance to shoot the ball, makes the extra pass and Tavrion knocks down the shot. It’s a great win for us.”

The defensive effort in the second half helped the Matadors come back from a 12-point deficit and put them in position for some keys plays down the stretch. They were able to hold the Bengals to 40.7 percent shooting in the second half, compared to 50 percent in the first half.

It all added up to a clutch buzzer beating shot that Dawson won’t forget. Dawson has had a game-winning basket before, but never with the clock at zeros.

“Last year in Illinois, it wasn’t like a game winner, it was like five seconds left when I hit the shot,” Dawson said. “But this is like a true game winner, compared to the first one.”

CSUN will head across the country to face St. John’s on Dec. 5 in Queens, N.Y. Tip-off will be 3:30 p.m. at Madison Square Garden.