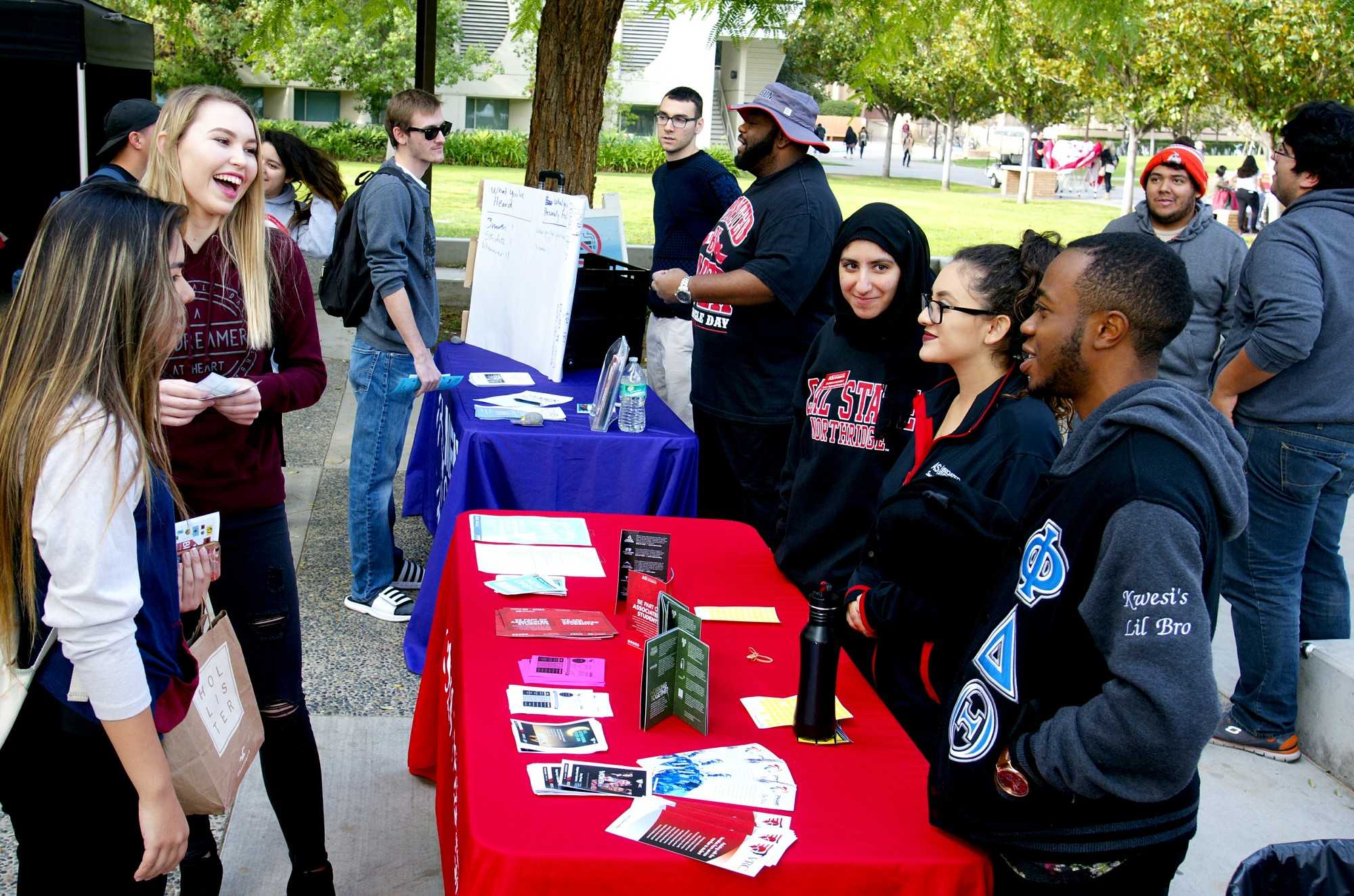 Genean Jue & Rachael Slavinski both majoring art at the AS table at the Safety Fair. Students from the AS side of a table: Nick Jackson (right), senator for the lower division, Erika Villalvazo(middle), senator for upper division & Zahraa khuraibet(left), senator for engineering and computer science.

Students gathered at the Safety fair hosted by Associated Students on Tuesday to raise awareness about sexual violence, rape and discrimination on campus.

Sean Hosen Jenkins, president of the CSUN MenCARE, wanted to educate on how society and gender norms can cause violence.

“We work with Project D.A.T.E., were addressing the rape situation,” Jenkins said.

Jenkins added that they’re not stating that all men are rapists, but that statistics show the majority of rapists are men.

“As a result of male mindsets and philosophies that no one has challenged, we’re here to challenge that,” Jenkins said.

Jenkins started MenCARE in spring of 2016. They have been working with the Greek system, student life and athletics to promote leadership and stop sexual assault on campus.

The AS fair promoted student safety and with the involvement of other campus organizations, spread awareness on how students can not only protect themselves but how students can utilize campus resources as well.