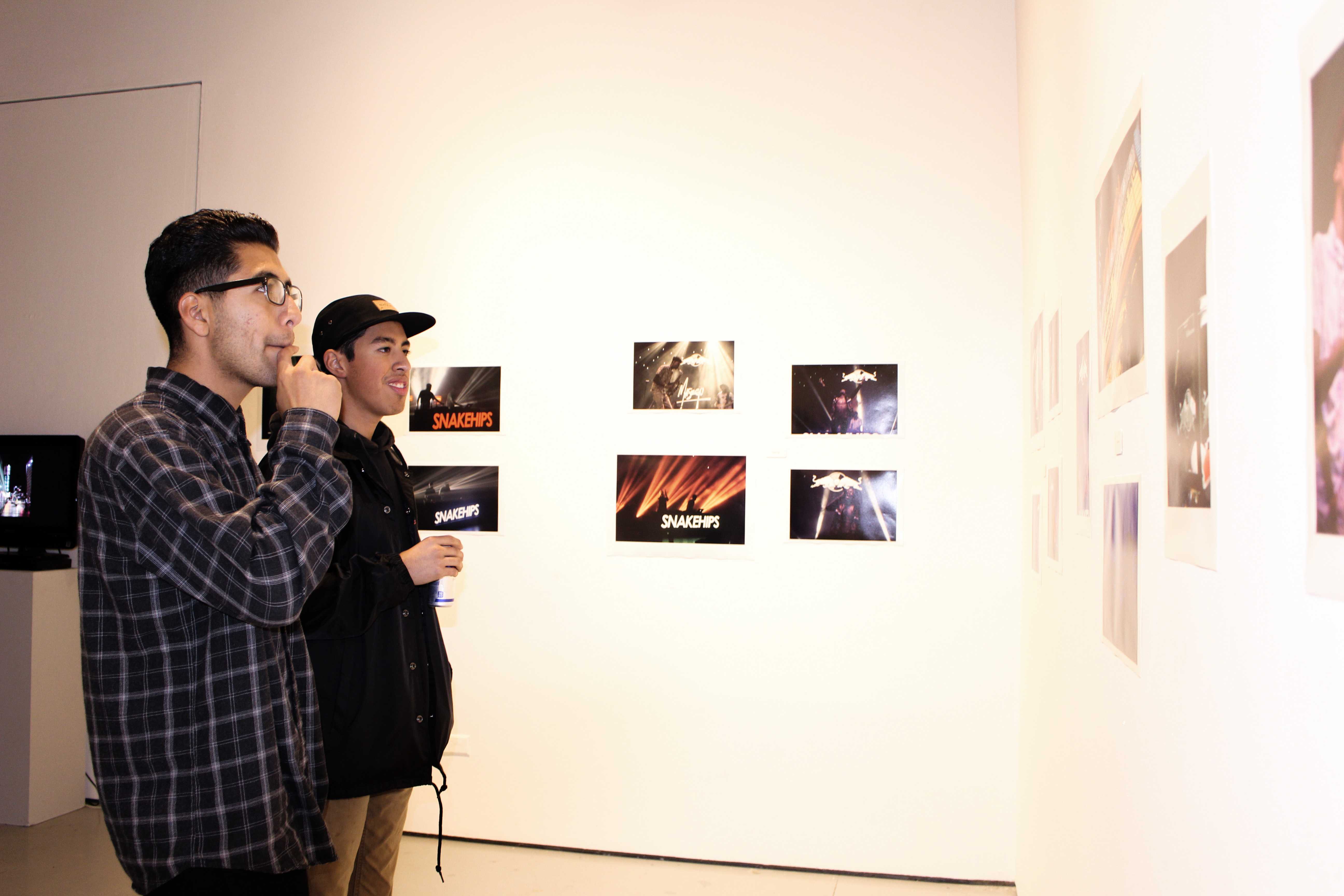 Sophomore Luis Tarian invited his friend Ryan Portino to look at the photographs he took at the concert at the Wiltern Theatre. Photo credit: Glory Rose Cruz

Planning events is nothing new for senior marketing major Austin Hidalgo, so when he found out about the opportunity to partner up with Red Bull, he was quick to make it happen.

Hidalgo, who works for Associated Students (A.S.), has planned events such as Big Show before. This time around, he made sure he had access to the gallery where he would incorporate the work of enthusiastic photographers after getting them media passes into sold out events.

“The whole project is an art piece in itself, I think that’s really cool and that’s my favorite art piece, the entire thing,” Hidalgo said.

Cinema and television arts (CTVA) majors and photography students worked on the photography showcase throughout November. The students partnered up with Red Bull and were allowed by CSUN’s art department to showcase their photos from the Red Bull’s 30 days of live performances.

“It was a definite partnership with Red Bull because they gave us the opportunity to shoot the show,” Hidalgo said.

Red Bull 30 Days in L.A. took place in November, giving concert goers a month-long event of live shows consisting of some of the biggest and rising stars.

The concerts were held at different venues across L.A. with performances by Pusha T, Jeremih, Game, SOPHIE, Dizy Fae, YG, Nick Murphy and many more.

CTVA major David Dinwiddie, one of the photographers, had his close ups in the gallery and was grateful for the opportunity given to shoot Snakehips with Redbull.

“I like being one of the few people to be there and actually be trusted with capturing the moment,” Dinwiddie said.

Karl Villarta, photography major, was another student who worked with the project. He heard about the project by his professor who recommended him to work on the art showcase. Villarta’s favorite shooting venue was at the concert with Snakehips.

“It was really fun doing this shoot, I’m probably going to do it again and hopefully get more experience shooting event photos,” Villarta said.

Dalia Espinosa also contributed to the reporting of this article.