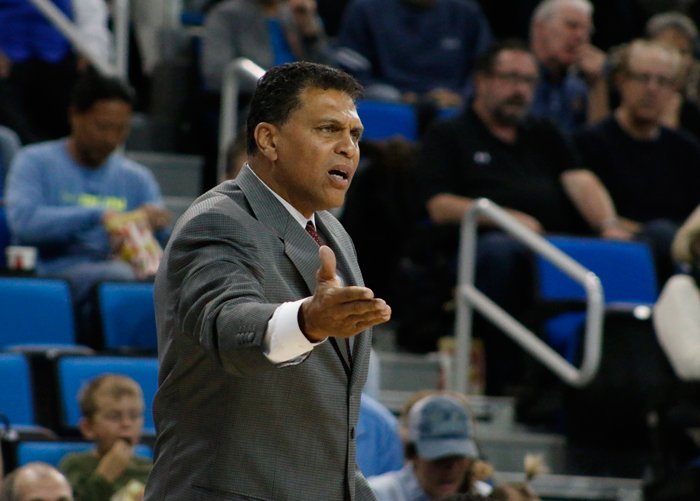 CSUN captured the lead twice in the last five minutes, but once again, faltered in the closing moments (File Photo/Raul Martinez/The Sundial)

As of this morning, the NCAA has announced that last season’s self-imposed ban by the CSUN men’s basketball team was based on academic fraud.

In addition to upholding the self-imposed ban, the NCAA also placed CSUN under three years of probation until Dec. 7, 2019, according to Nick Bocanegra, the media relations assistant for men’s basketball.

According to CSUN President Dianne Harrison, during the three years of probation, CSUN will need to submit a report each year to the NCAA Committee of Infractions to ensure that they are in compliance with the terms of the probation.

“At the end of the probation, we need to provide a letter to the committee showing that our current policies conform to NCAA guidelines,” Harrison said in a phone interview.

Harrison also stated that men’s basketball is the only sport that the probation effects, and that part of the terms are that all prospective student athletes must be told that the school is on probation.

Last season, the men’s basketball team stated they proposed the self-imposed ban due to “violations of team and university policies.”

Harrison also believes that the NCAA ruling will not effect any future postseason appearances as the NCAA felt that last season’s ban was ample punishment.

An investigation done by the Los Angeles Times, found that former CSUN director of basketball operations, Lior Schwartzberg was at fault.

The NCAA’s investigation found he completed online coursework for 10 players. When CSUN was under Schwartzberg, he denied allegations and soon took another job at Valley Torah High School, according to the Los Angeles Times.

In a statement released on the school’s athletic site, men’s basketball head coach Reggie Theus said that he takes this issue seriously and sees it as a learning opportunity for student athletes.

Harrison added that the athletics website needed to have that statement prominent so that the public could see it.

“Now is the time to move forward,” Harrison said.

David Yapkowitz contributed to this report. *This article will be updated as we gather more information.