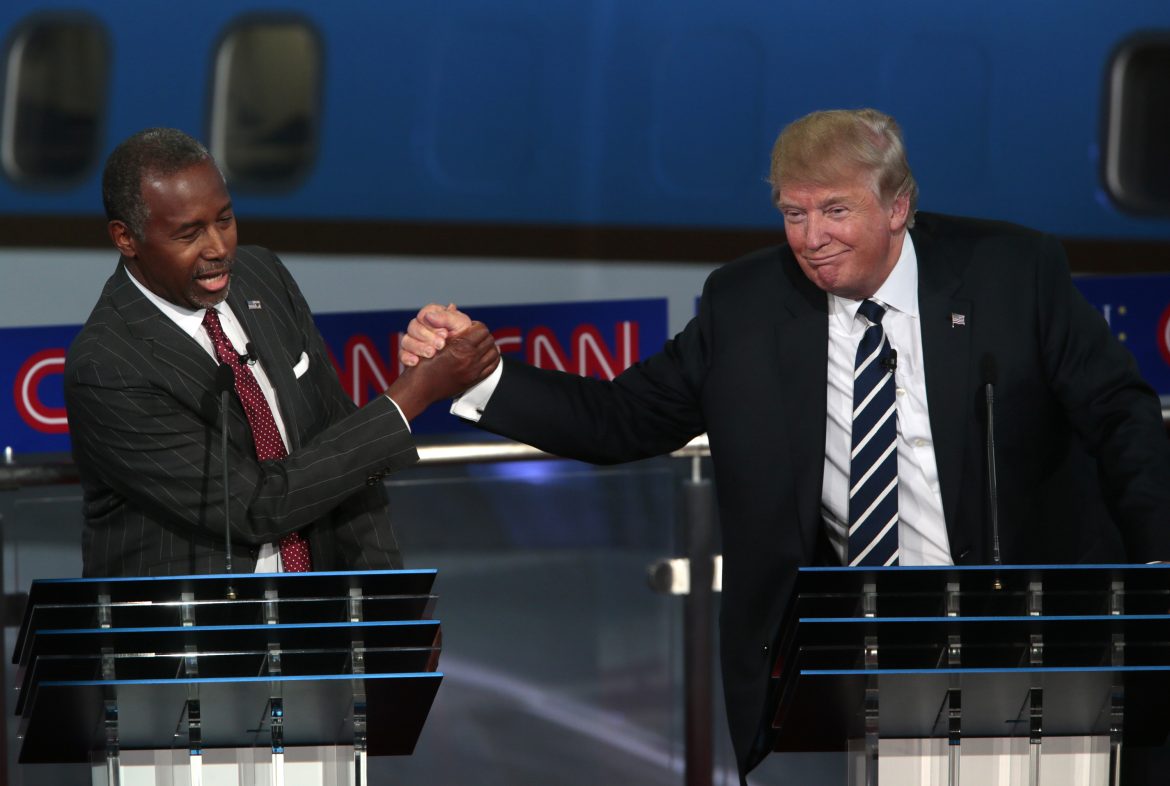 Donald Trump has made his final preparations to his cabinet, causing concerns among the American people, according to ABC News.

With the recent addition of former Republican presidential candidate Ben Carson as the intended Secretary of Housing and Urban Development, Trump is close to finding candidates to serve as his secretaries.

Trump’s choices have particularly worried students and professors with a focus on domestic and international affairs. Among some of these decisions include Secretary of State, Secretary of Homeland Security and Chief Advisor.

Whoever Trump chooses to be Secretary of State will serve as the chief diplomat of the United States. He or she will also translate the decisions of Congress and the president.

Trump has said he will “bomb the hell” out of the terrorist group ISIS and he will deport all undocumented immigrants from the country. Any diplomatic affairs with those and all countries will be handled through the secretary, the Department of State’s website said.

With regards to Mexico, Trump has repeatedly referred to the building of a long border wall, said Guevara.

So far, options for Secretary of State have included Sarah Palin and Mitt Romney.

Retired general John Kelly was selected by Trump to oversee protecting the nation’s borders. Kelly was formerly in charge of Guantanamo Bay and disagreed with the Obama administration on closing the still-operational prison in Cuba, according to the Washington Post.

This department incorporates combating terrorism, particularly the “lone wolf” type seen in the shootings in San Bernardino and Miami, as reported by the Wall Street Journal. It is not clear if Trump’s “Muslim registration” would fit under Homeland Security.

It has also provided $35 million in gear for police departments across the nation, including in North Dakota where police clashed with protestors of the Dakota Access Pipeline.

Freddy de la Paz, a junior 29-year-old religious studies major and American Indian studies minor, said there is a problem with Trump working with Homeland Security in allowing the pipeline to continue.

“There’s a conflict of interest due to him having investments connected,” de la Paz said. “There’s a concern that things will go the same way, where people will go unheard. But there’s a prophecy that a black snake would cross the country, and would either unify all peoples or tear us apart, and so far it’s bringing us together.”

Additionally, Kelly would handle immigration services under his department. Given that this was an important element of Trump’s campaign, the “mass deportations” are considered a new threat by undocumented immigrants and Dreamers.

“The undocumented community is whom I am most concerned for,” said Chicano/a studies professor Omar Gonzalez. “I know many of our students are recipients of President Obama’s DACA policy and their parents are protected under DACA. Because the federal government possesses all of their personal information, I fear the future president would order these populations to be detained for deportation, especially those residing in sanctuary cities.”

Gonzalez said that Trump’s plan will be to target sanctuary cities first, removing the undocumented immigrants from there.

“Therefore, I believe we must act to make CSUN a sanctuary campus,” Gonzalez said. “As a Hispanic serving institution, we owe it to the most vulnerable segments of our community to stand in solidarity with them. At what point will we as a campus community stand up to defend all those who feel threatened by the incoming regime?”

Kelly’s experience using “soft power” without military interference helped him be considered by Trump to be an “excellent choice.”

Stephen Bannon, the former executive chair of the news organization Breitbart and executive officer of the Trump campaign, was chosen to serve as the president-elect’s chief advisor.

“I’m concerned by the Bannon thing,” Alexandria Lucas, a senior 22-year-old political science major said. “The power that he has, that’s scary. Every time I hear something new, it scares me.”

Critics have worried about Bannon’s alt-right politics and appeal to nationalism. Bannon admitted to liking the “darkness,” and critics worry that Bannon will help advise Trump on implementing decision-making.