How CSUN students are coping with post-election stress 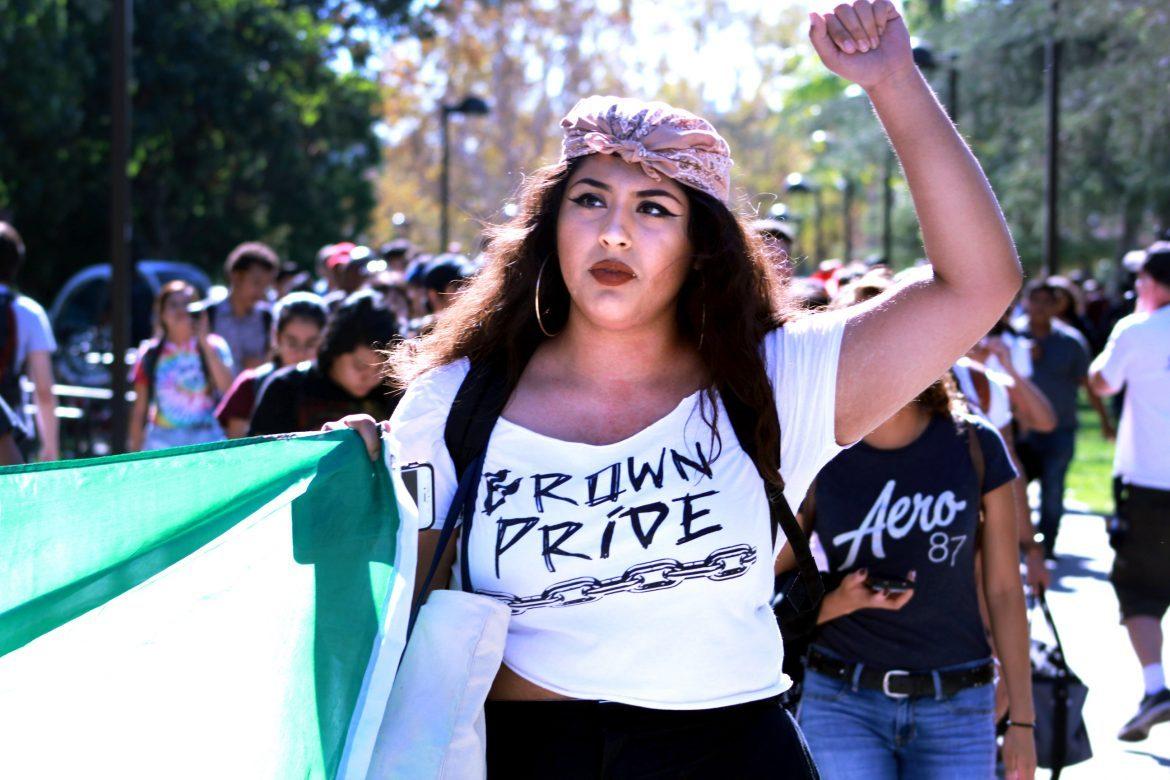 Since news of United States President-elect Donald Trump taking office in January broke out, CSUN students who do not support Trump have been protesting against the reality television personality. However, not all students have been able to protest.

Post-election students from all sorts of organizations have been gathering and speaking out on campus. In particular, Movimiento Estudantil Chicano de Aztlan, (M.E.Ch.A)one of the largest and oldest Chicano student organizations in the country, has organized meetings so that students can hear each other out.

Karina Ortiz, a graduate student and member of M.E.Ch.A said the student organization tries its best to congregate in each other’s homes.

“I think just being around people that feel similar to you kind of just validates your pain and what your feeling and it makes you not feel alone, which is important in this time, to not feel alone,” Ortiz said.

Although right now Ortiz is worried for her safety, she hopes that before the inauguration, the organization can help make the campus feel like a safer environment for all students.

Methods Ortiz deals with the stress by reading about how other people are feeling, communicating, and listening to her peers. She also talks to professors in the Chicano studies department.

“They’re really understanding and I’m sure other ethnic studies departments are there for their students,” she said.

“You have to take it by the ball and make something positive out of it,” Hernandez said.

Hernandez suggests people express themselves through interventions, art forms like writing and using safety pins to signal solidarity among those who do not feel safe post-election.

If Hernandez cannot attend an event, she promotes the dates of protests. She also stresses how important it is to voice your opinion.

“I know that people are fed up with politics but you have to let it out,” she said. “It’s going to be four years, we might as well enjoy the ride.”

Lucas Gomez, an English major and first-generation student, said his peers are still shocked and it all feels surreal.

“I tend to be around a lot of people who are like me, who are just trying to whatever they can to cope, survive and push through,” Gomez said.

Besides protesting, he destresses by spending time with his family and tries his best to make them feel comfortable.

“We’re trying to do whatever we can to help out, voice our opinions, let everyone know what’s going on, and be there for each other,” he said.