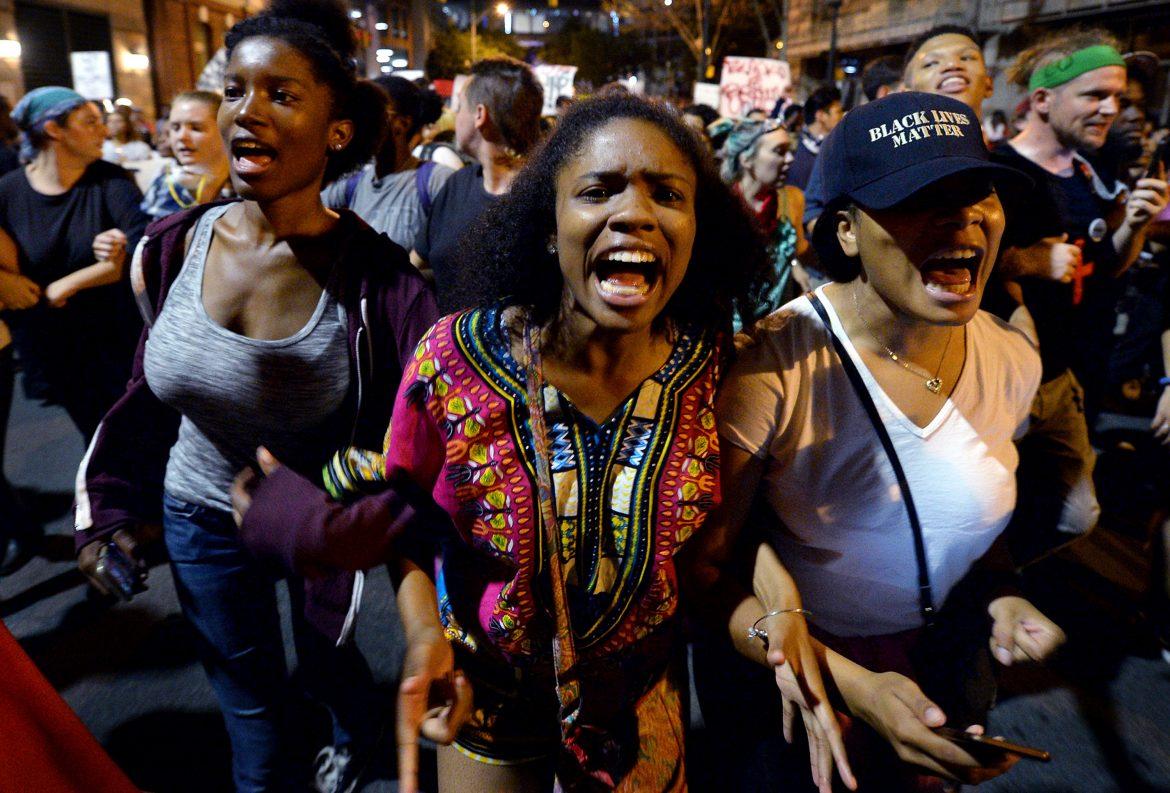 Protesters chant "Black Lives Matter" as they march throughout the city of Charlotte, N.C., on Friday, Sept. 23, 2016, as demonstrations continue following the shooting death of Keith Scott by police earlier in the week. (Jeff Siner/Charlotte Observer/TNS)

* The number order does not signify the importance of each event.

Donald Trump and Hillary Clinton drew much attention during their run for presidency. Current president-elect Trump was criticized for a video of himself discussing sexual aggression towards women, but apologized saying it was only “locker room talk.” Clinton was also criticized for her private email server along with her role in Benghazi. However, Trump’s win led to nationwide protests calling to get him out of office.

Black Lives Matter is a movement organized to show black lives can no longer be targeted, systematically or intentionally. The #BlackLivesMatter hashtag went viral after George Zimmerman was acquitted for the shooting of black teen, Trayvon Martin. Protests also erupted nationwide to campaign against violence towards the black community.

The conflict in Syria reached its peak after violence escalated in the efforts to end a five-year civil war. The government and its opposing groups attacked civilians while the extremist group, ISIS (The Islamic State), obtained land, power, and committed horrific acts of violence. Photos of a drowned three-year-old boy washed up on a Turkish beach went viral, bringing attention to the danger of Syrians trying to flee from war. A video of a Syrian child sitting in an ambulance chair covered in dust and blood also went viral, reminding people worldwide about the airstrikes that put children at risk.

A referendum vote that took place to decide whether Britain should leave the European Union caused controversy throughout the UK. The #Brexit hashtag went viral on Twitter, with mixed views on the E.U. referendum. The referendum secured enough votes for Britain to leave the E.U., which led to the resignation of British Prime Minister, David Cameron. Pro and counter protests erupted all over Great Britain during and after the decision was announced.

An American-born man affiliated with ISIS killed 49 and wounded around 53 people at a gay nightclub in Orlando. This was categorized as the biggest mass shooting in U.S. history, which caused worldwide devastation. President Obama called the Pulse shooting, “an act of terror and hate”. Stories of the shooting went viral online, and campaigns emerged calling for an end to hate crimes.