Digital may be king, but physical music is not dead yet 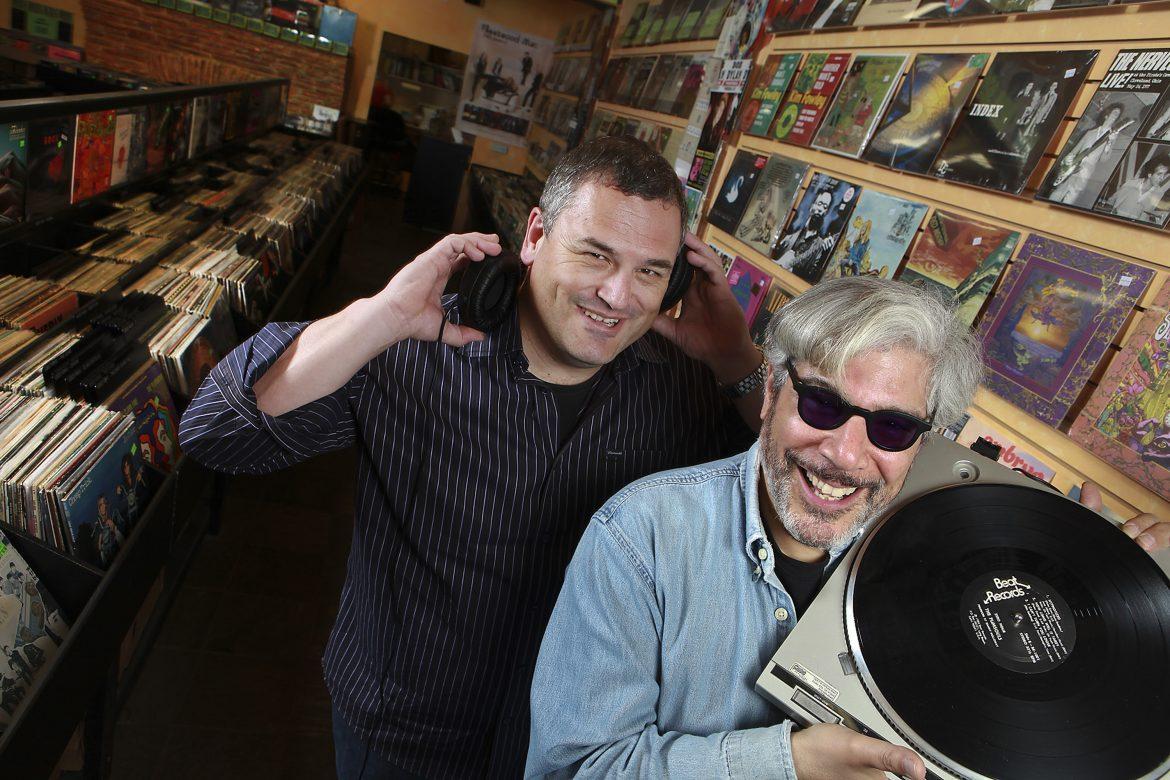 After 17 years of dismal sales, vinyl began to have a heartbeat again in 2007. In the first quarter of 2016, there were 8.4 million records sold according to the RIAA.

In 2015, record sales amounted to $416 million; the last time record sales were that strong was in 1988, according to the RIAA. This resurgence in mainstream interest in physical copies of music has been beneficial to music stores, from Amoeba music to local record stores in the valley.

“Vinyl has always been an important part to us,” said Bob Say, 65, owner of Freakbeat Records in Sherman Oaks.

Say, who has worked in the music industry since 1971, opened a storefront in 2003 when another chain closed. Freakbeat specializes in used and new releases, according to Say. He also said he remembers when MGMT released an album around seven years ago, two girls came into the store and discovered records without having the faintest idea what they were.

“Overall, it has to do with finding a new thing to play,” said Say, when asked for a possible reason to attribute vinyl’s renewed audience.

Say has seen all generations, both old and new, walk into his store in search for vinyl.

Another factor that influences the decision to buy vinyl and start a collection is the monetary commitment it takes. In the 1990s, records cost between $10 to $12 while they currently cost around $25 according to Say. The record store owner was also frustrated newer collectors used Crosley record players saying that the brand was “not good” and proceeded to recommend Audio-Technica equipment. Say said he was unsure on the longevity of vinyl sales.

Say said there is a hint of a fad within the renaissance of records, but he explained that the collecting of records, and anything in general, can be a fun hobby.

Freakbeat Records’ experience in the past reflects another local music store, CD Trader in Tarzana. Owner Dave Maples, 45, agrees that the increase in vinyl interest and sales has had a positive effect on his business. CD Trader has also seen a mixture of young and elderly customers, according to Maples.

While for some collecting vinyl may be a fad, for Trevor Krause, 20, a member of the CSUN Hip Hop Culture Club, it is a source of pride.

“Everyone has a first time when it comes to records, mine was in my friend’s house absolutely entranced by Pink Floyd’s ‘Dark Side of the Moon’,” Krause said. “After that, I went out and bought a turntable, ‘Abbey Road’ and ‘Quadrophenia,’ with a missing record, and I’ve never looked back.”

Krause said that vinyl returned to the forefront of mass culture because people are more open to expressing their niche interests. Another factor, according to Krause, is that vinyl is considered fancier than MP3s by many of people, but they are not as obscure as cassettes, which he added are also making a comeback. He added that vinyl is a fad for those who don’t actually listen to their collection.

“To some people it’s mainly for the aesthetic,” Krause said. “But to me at least it’s a different way to hear your music.”

Krause goes on to explain that many CDs and MP3s compress the sound, making the song loud as a whole instead of only the parts the producer intended.

“Vinyl will always be printed as it has been for the last hundred years,” Krause said. “But how many people will be buying is the question.”