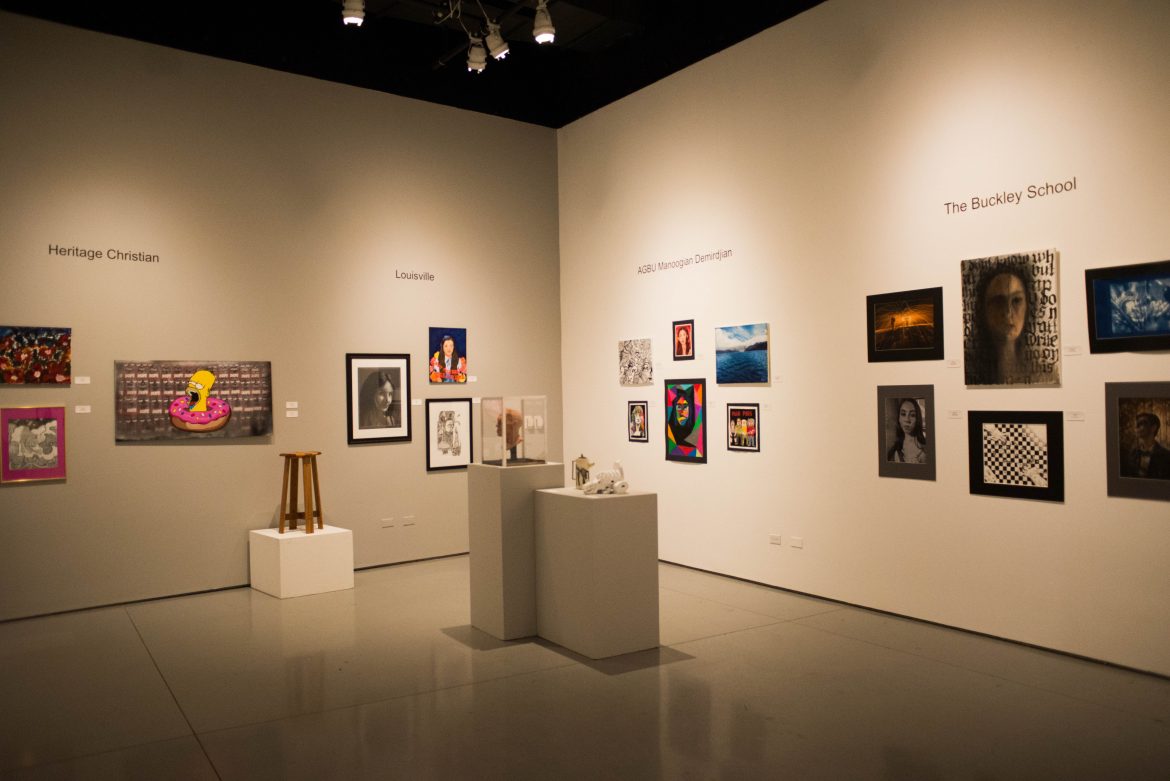 Students across the San Fernando Valley have their work showcased in CSUN’s West Gallery as part of the 20th Annual High School Art Invitational Exhibit.

Six students from each participating high school were chosen by their teachers to have their art displayed in the exhibit.

“CSUN has become the epicenter for this event due to having the largest gallery in the San Fernando Valley”, according to gallery director Jim Sweeters. He said that students feel like the exhibit is a special way to show their work. They’re able to compare their work to a little over 200 other pieces produced by students.

“If you’re at a high school in the valley, then we want you. The teachers pick the work to be showcased…there are no winners,” Sweeters said. “We also have the show in the West Gallery with about 20 high school teachers showing work.”

Those who have participated in the event include Birmingham Community Charter High School senior, Constance Cha. The 17-year-old drew a piece titled “Future Dreams.”

Cha said having her artwork displayed in the West Gallery has not only inspired her to continue to become an artist but also to inspire others to create art as well.

“At first I was going to draw a picture of [myself] drawing in the past, present and future, but I felt like that was too basic,” Cha said. “I wanted to show myself as a happy person looking into the future and having kids.”

In addition, Cha said she always wanted people to recognize her work, and the Annual High School Invitational Exhibit is a great start.

The drawing includes a self-portrait of Cha, along with her past-self as a baby. Though it is a pencil drawing, she used various colors such as blue, purple, orange, and black to represent herself in the piece.

Cha plans to take her family to the West Gallery to see her artwork displayed and now hopes to have her pieces shown in other galleries.

“I was really shocked when I heard my drawing was in the gallery. I was pretty excited because this was something big for me,” Cha said.

The exhibit this year contains work from 38 high schools and will be open until January 27.

“It started out [in 1997 as a] very small [exhibit] with six schools and [it] was a mural competition,” Sweeters said. “Each school competed with a mural showcased on a wall.”

Sweeters said the exhibit expanded the next year and became a regular show with 10 schools. Over the past 20 years, they’ve had as much as 42 high schools participate in the event.

Since most high schools do not have their own galleries, showcasing students’ artwork has become the main goal of the high school invitational exhibit in the past 20 years.