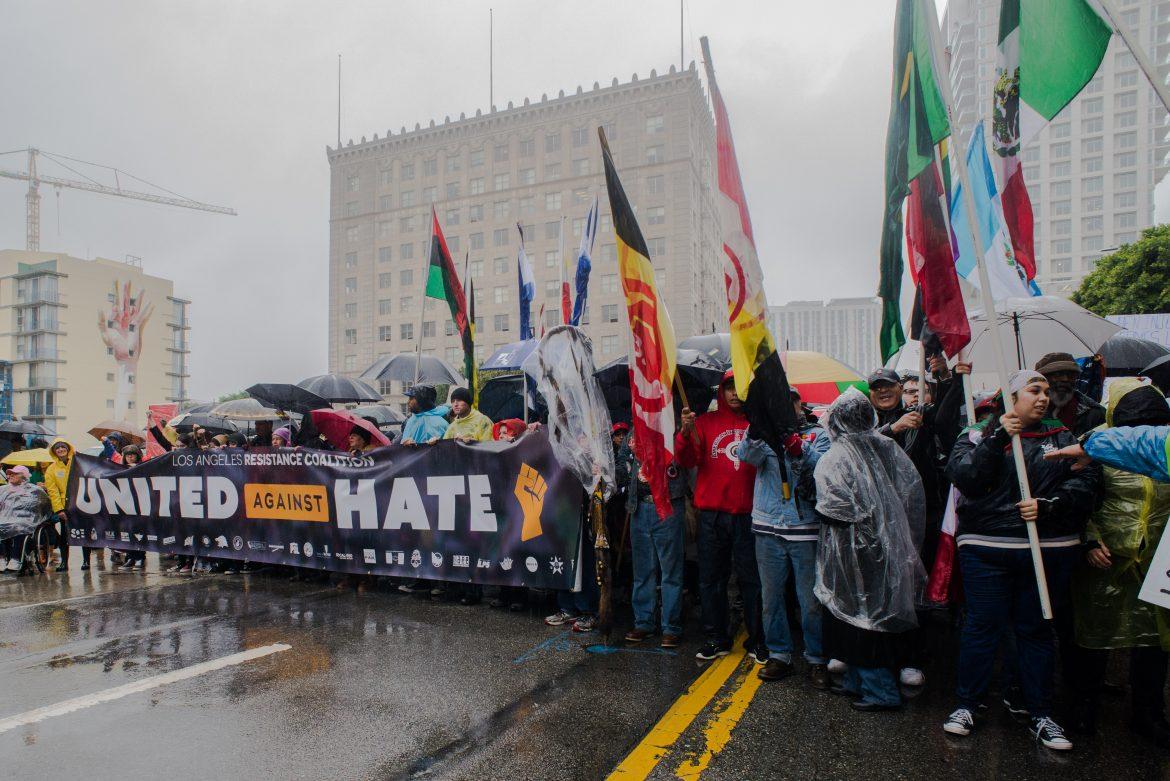 The front of the Trump protest muitlicutural flags were being waved and people were chanting "Not my President" The first row of people were leading the march behind a billboard bus and were holding a banner reading "united against hate" Photo credit: Alejandro Aranda

People of all ages and races gathered at the intersection of Olympic and Figueroa in Downtown Los Angeles to protest against newly inaugurated President Donald Trump.

From calling Trump a liar and pervert to accusing him of conspiracy with Russia these angry group of protesters wanted only one thing, to prevent Trump from ever becoming President.

January 20th marked the last day of President Barack Obama and the First Day of Donald Trump as the commander-in-chief. While it was an exciting moment to people who voted for Trump, people who otherwise disagree with the outcome of the election want Trump out of the President’s seat. Those individuals gathered to show their disagreement by marching in an orderly fashion around downtown LA in hopes of attracting enough attention.

Some people held signs to express themselves, while others chanted. All of the protesters followed a bus with an electronic billboard on either side. The bus guided them down a predetermined path in order to safely conduct the event. As people marched on, the intersecting streets were closed during heavy traffic hours turning the streets into parking lots for about a half an hour while everyone passed through.

Protests have erupted nationwide since the election of President Trump and strong opposition against Trump’s cabinet picks have divided the nation.