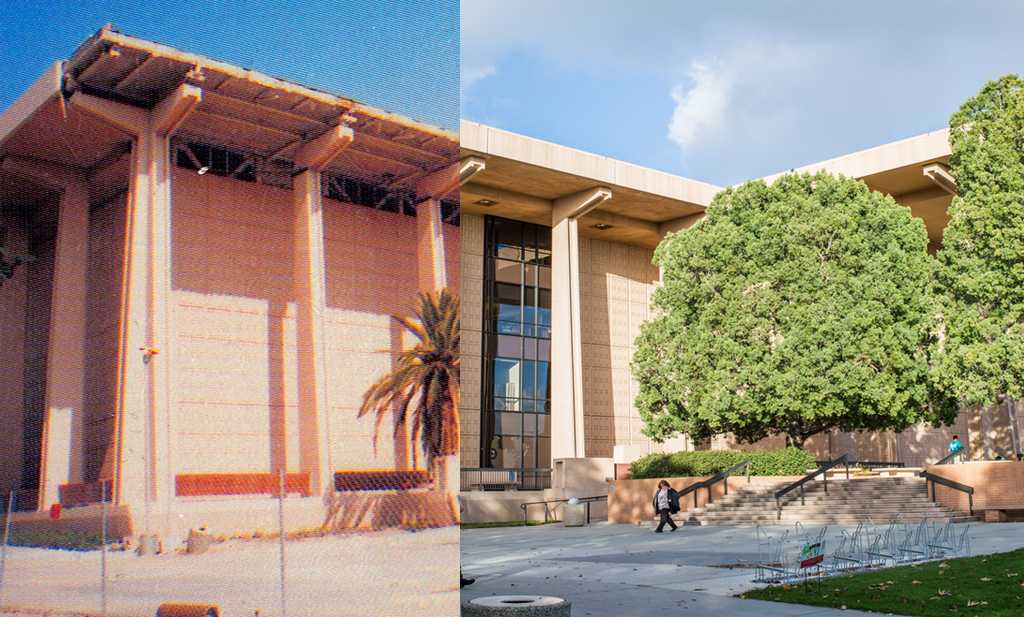 Photo Illustration of Oviatt Library. Structural parts of the Oviatt Library were damaged during the earthquake and had to be reconstructed. Photo credit: Alejandro Aranda & Nicole Wong

This year marks the 23rd anniversary of the earthquake that devastated the San Fernando Valley. On Jan. 17, 1994, Northridge bore the brunt of that massive quake, which was felt through all of Southern California.

According to the Southern California Earthquake Data Center, the estimated CSUN campus damage cost was around $250- $350 million.

The New York Times states that the earthquake measured a 6.6- 6.7 on the Richter Scale, causing three freeway overpasses to collapse, knocked out city power for three days, and broke multiple water mains.

It explained that a state of emergency was declared after the quake hit. The California National Guard was sent to help look for survivors.

The total death toll ended up reaching more than 51 people and generated a dusk to dawn curfew according to an article by the New York Times.

23 years later, the Northridge earthquake memorials are some of the only visible reminders of the quake that remain. However, it will always be engrained in the past, present, and future of CSUN’s campus through the sacrifices made by faculty and students.

For more information and photographs of the earthquake visit these sites:

Correction: The new Northridge Meadows apartments were rebuilt across the street from the Post Office on Reseda and Plummer.