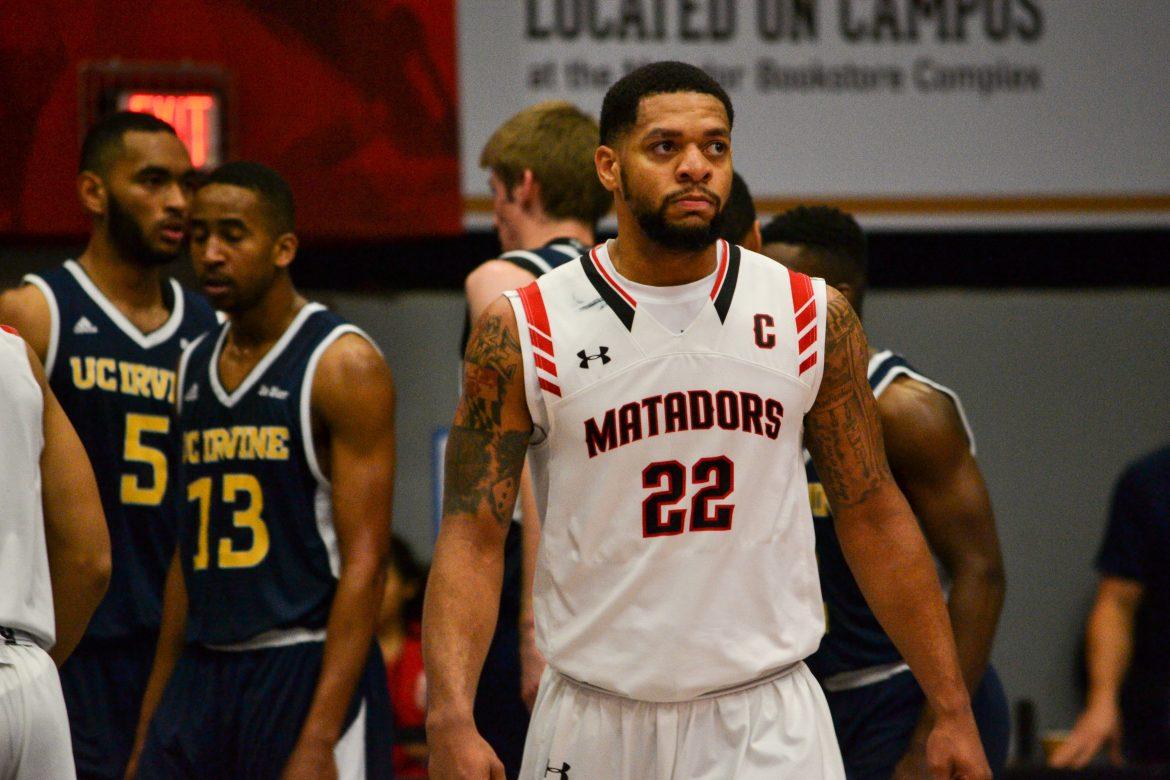 CSUN men’s basketball team forward Rakim Lubin scored 13 points and grabbed four rebounds, but the team struggled to get going on both sides of the ball in a 105-73 rout at the hands of UC Irvine on Saturday night.

“You have to give [UC Irvine] a lot of credit because they came in and really just punched us in the face,” coach Reggie Theus said. “I thought that our guys in the beginning of the game backed up and took a step backwards.”

The game got off to a rough start when the Anteaters sprinted out of the gate to take a 15-5 lead after less than five minutes of play.

After CSUN senior guard Aaron Parks cut the lead to nine points with 10:55 left in the first half, Irvine went on a 12-2 run to make it 36-17. CSUN would never get any closer.

Things were so out of sorts for the Matadors, that the team was whistled for a technical foul for having six players on the court after a timeout with 8:27 to play in the first. The violation was the lowlight of a half that saw Irvine take a 58-30 lead into the locker room.

“[Former NBA Coach] Hubie Brown said in an NBA season, there’s probably three or four games you play that after the game you walk away, accept what happen and get ready for the next game. This is one of them,” Theus said.

CSUN battled back in the second half and trimmed the margin to 20, but Irvine’s Jaron Martin scored 18 of his game-high 26 points in the frame to halt the Matador rally.

CSUN will look to halt their losing streak Wednesday night when they travel to UC Santa Barbara to take on the Gauchos (3-14) at 7 p.m.