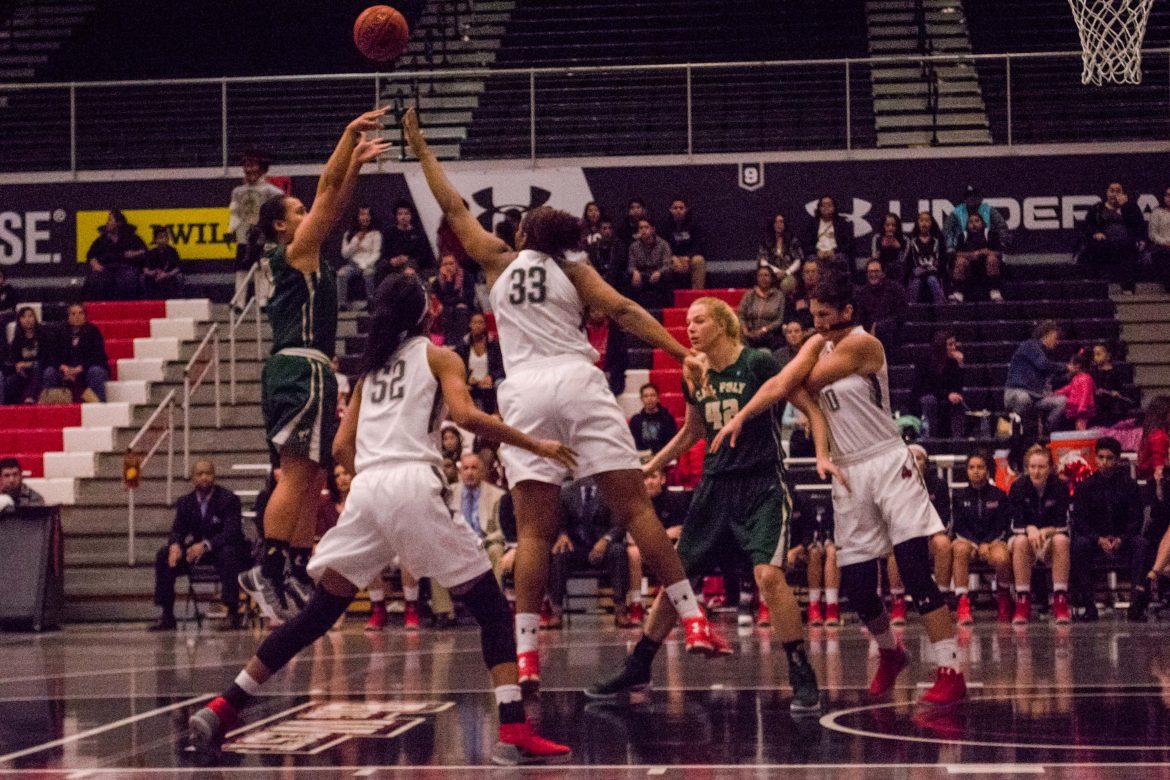 Despite a career best 25 points from guard Serafina Maulupe, and a double-double from Channon Fluker, which gives her a Big West leading 11 double-doubles for the season, Matadors fell 63-70.

The fourth loss puts Matadors record at 8-11 for the season and 1-4 for Big West conference play.

Both teams struggled to convert their field goals, making it a close game throughout the first quarter.

The Mustangs hit two three-pointers in back to back possessions giving them a 23-17 lead in the end of the first quarter, a lead Matadors would not relinquish from.

“We have to be more disciplined, we have to be tougher at times,” said CSUN Head Coach Jason Flowers. “And that is my responsibility.”

Matador’s shooting struggles continued into the second quarter when they went six minutes without making a field goal, ending with nine points for the quarter giving Cal Poly a 33-26 halftime lead.

“I think we just beat ourselves, we need to push the ball faster than we did,” Fluker said. “They were really tough on our shooters.”

At the start of the second half the Matadors went on an 8-3 run to cut the deficit down to three points, however Cal Poly responded with a quick 6-0 run to bring their lead back to nine, and ended the third quarter with a 47-40 lead.

Maulupe brought CSUN within a point in the fourth quarter, scoring seven of the first nine points, putting the game 50-49 with five minutes left.

“In this game I was just more aggressive,” Maulupe said. “This was a game we wanted just for revenge because they had us the first time.”

With a game high of 26 points, Cal Poly’s Lynn Leaupepe made a devastating 3-pointer with 3:45 minutes left in the game giving them a four point lead which the Matadors could not overcome.

According to Flowers, there were too many breakdowns. “Once [Leaupepe] got rolling, there were a couple shots that she hit that were pretty difficult but she already had her confidence by that time,” Flowers said.