In Photos: Keystone XL and DAPL protest in LA 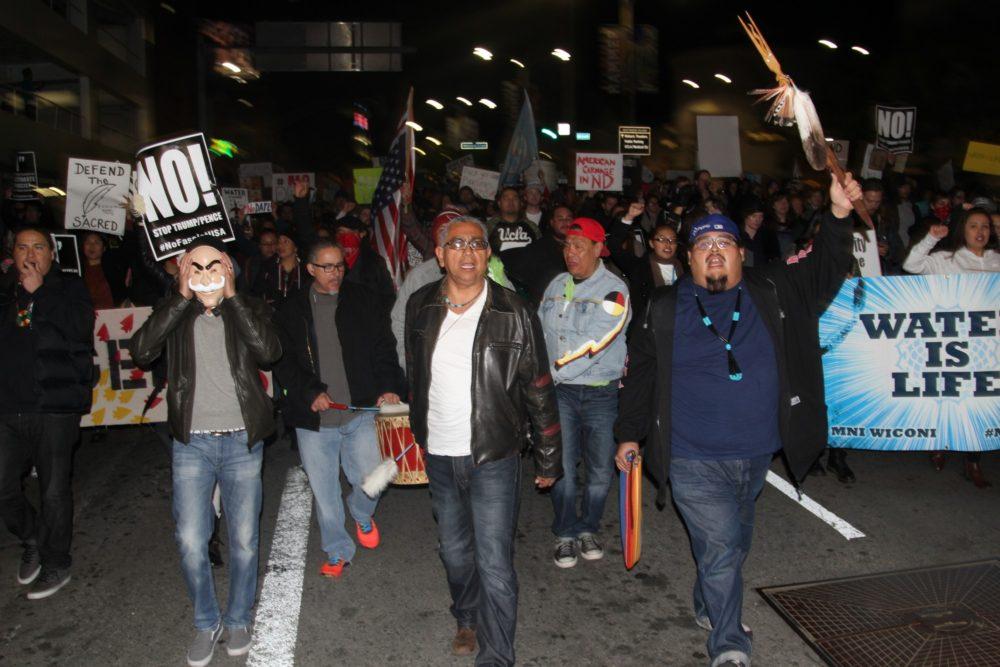 Protestors march in Westwood to protest Trump's decision to proceed with the construction of the Keystone XL and Dakota Access Pipeline on Tuesday. Photo credit: Blaise Scemama

The protest is in response to President Trump’s executive order to revive these controversial pipeline projects which were previously struck down during the Obama administration.

Earlier in the day, Trump was seen on CNN saying that the pipeline will immediately provide over 28,000 construction jobs. Protesters say that the oil pipelines are a direct threat to clean water in surrounding areas and to sacred Native American lands.