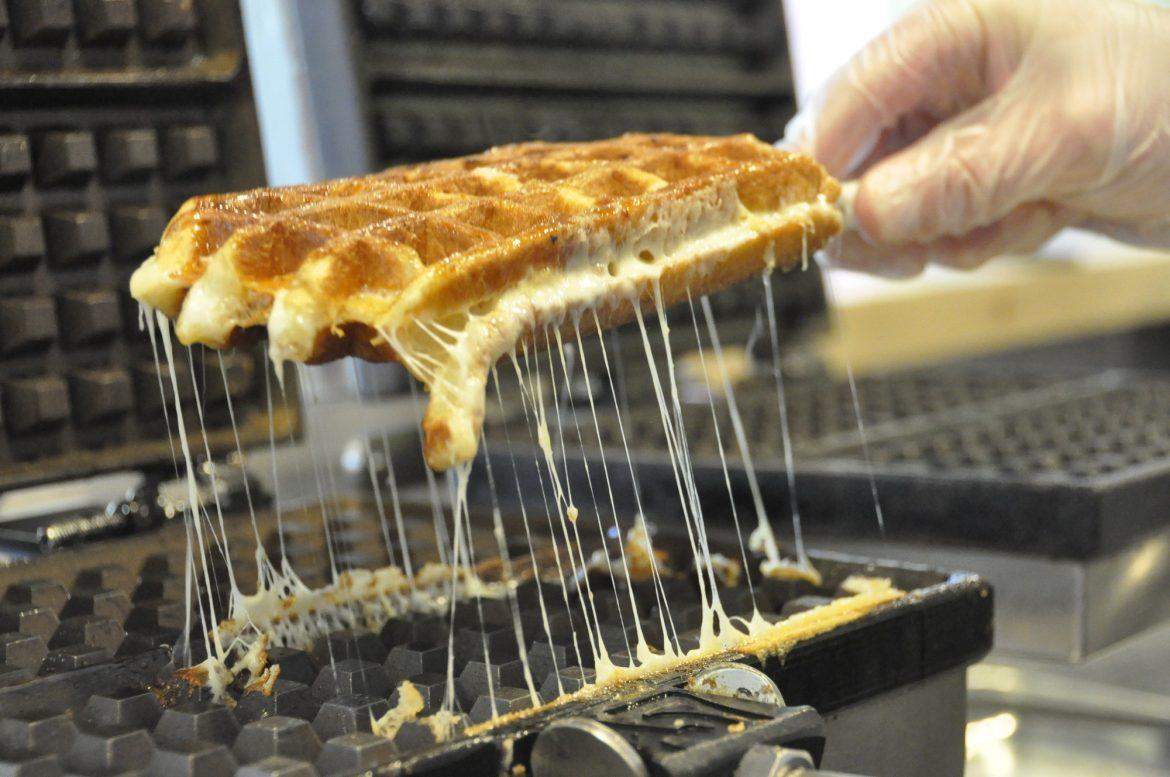 The Utah-based Waffle Love makes its entrance to the Californian market with the location on 9411 Reseda Blvd. The grand opening is set to take place next month, just in time for Valentine’s Day.

“Reseda Boulevard is always busy and it’s great to have mom-and-pop shops over commercialized stores like Chili’s or Acapulco,” said Boyd Bell, the general manager of Waffle Love. He also said that waffles should not be unique to breakfast but be considered as a night snack.

“I want this to be a place where students can come and chill” Bell said. The store will set up its own WiFi, include student discounts, specials on several holidays, and have the store open as early as 8 a.m and close at 10 p.m.

Signature dishes include The Churro Waffle and Nutella Love. The toppings used at the restaurant include house-made cream cheese frosting, lemon curd, cream, strawberries, bananas, Nutella, Biscoff cookie butter, and more. Customers also have the option of building their own waffle dish.

According to Mike Acosta, assistant manager, the most popular waffle dishes are The Red Wonder and Banana Cream Pie.

Waffle Love does not stop at dessert and breakfast. The restaurant has a “Savory Menu” that includes The Grill Cheese, similar to a cheese sandwich, but instead of bread, they replace it with their waffles.

The Pizza Waffle, a sugarless waffle cut in half with mozzarella cheese, pizza sauce, and garlic butter, is an upcoming dish at the shop.

According to Acosta, the Waffle Love truck will join the Food Truck Row in Granada Hills in the near future. Waffle Love is also a catering business that serves events such as weddings and baby showers.

The Waffle Love truck was featured on the Food Network show “The Great Food Truck Race” for its sixth season. Adam Terry, who runs the restaurant and food truck, came in second in the competition along with his brothers. Currently, the business has six food trucks and has spread its business in Arizona and California.