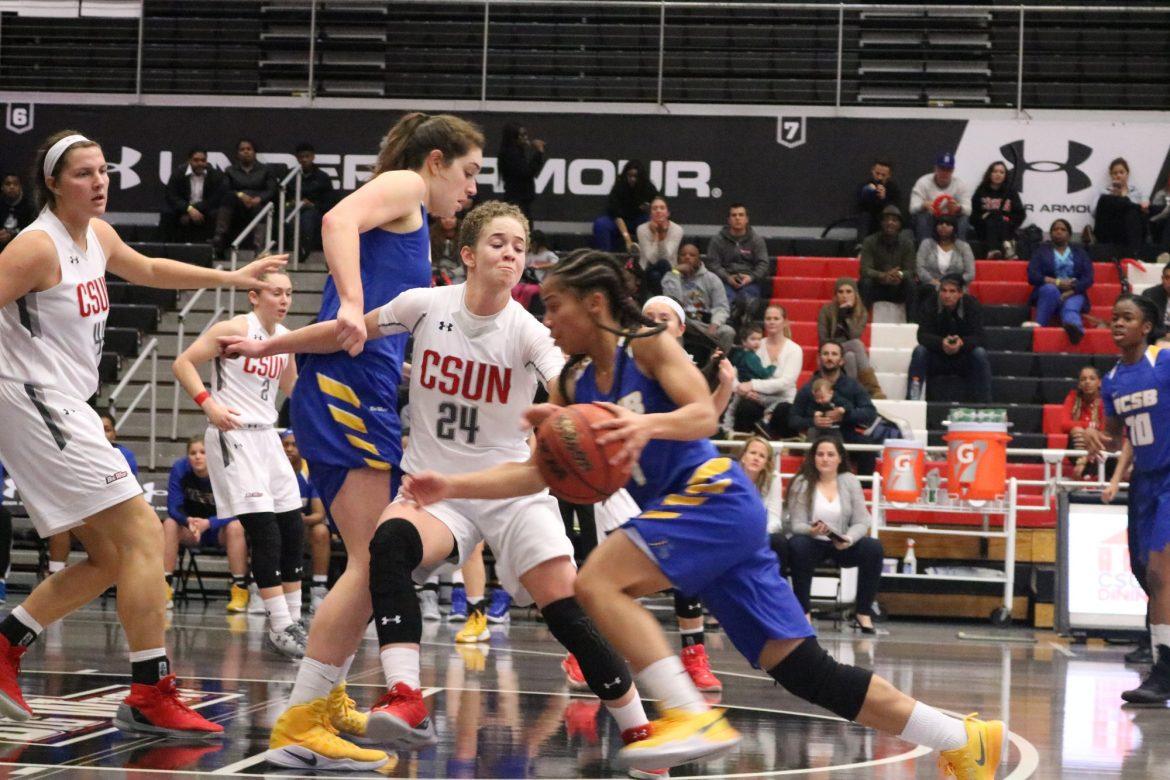 Junior shooting guard Serafina Maulupe scored a career-high which she just set last game with 28 points, while sophomore center Channon Fluker got her 12th double-double of the season leading them to the victory against Santa Barbara.

CSUN was never behind in the game, due to the strong start of their defense, only allowing two points in the first five minutes of the game. The Matadors held the Gauchos to a team field goal percentage of 40 percent and out rebound them 47-27 for the game.

“Our effort in the defensive end especially early on was a lot better than it has been our last couple games,” said head coach Jason Flowers. “We have been pretty good offensively. It just comes down to playing better defense and rebounding the basketball and I thought we did a better job of that today.”

The Matadors started the game out swinging with a quick 11-2 lead, Maulupe scoring 7 of those points, and ending up with 19 points in the first half. While Santa Barbara made a small 7-0 run in the second quarter to get the game within eight points, the Matadors ended the half strong leading 36-25.

The Matadors did not let up in the start of the second half extending their lead to a game-high of 16 points. A small run had Santa Barbara within nine points until sophomore guard Cheyenne Allen, who scored a career-high 21 points, made a layup and gave CSUN a double-digit lead.

“I was more aggressive and pretty much did my job they told me to do,” Allen said.

Another run saw Santa Barbara cut down the lead to seven points with two and a half minutes left in the game, but Fluker, who also ended up with an impressive seven block shots, made a layup and put CSUN’s lead back up to nine points and the Gauchos would never get any closer.

“Today we focused a lot on defense as a team which transferred into offense,” Fluker said.

CSUN will take on Long Beach State next on Feb. 2 at the Matadome. Tip off will be at 7 p.m.