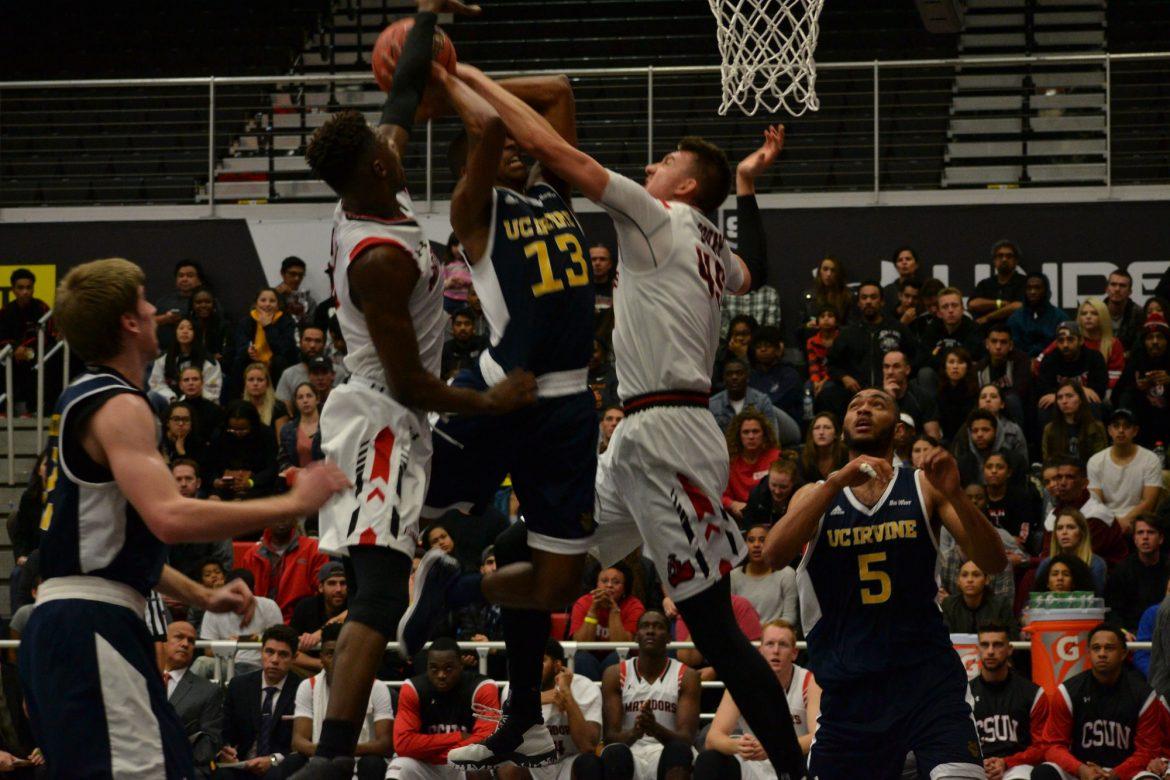 CSUN men’s basketball’s Rakim Lubin scored a career-high 17 points as the Matadors used a strong second half to pull away from the UC Santa Barbara Gauchos.

This win brought their three-game losing streak to a halt, where they won by a score of 78-57 in Santa Barbara Wednesday night.

CSUN started the game slow, trailing by as many as seven in the first half and putting up only six points in the first eight minutes of the game. The Matadors found their footing near the end of the half, going on a 15-6 run in the final three minutes to take a 36-32 lead going into the break.

The team came out of the halftime intermission on fire, finishing the game shooting an efficient 61 percent from the field and outscoring the Gauchos 42-25 in the second half. The half was dominated by the Matadors, who led by 28 points in the frame.

Rakim Lubin made all five of his field goal attempts and missed only one of his eight free throws in reaching his career high. Mike Warren also added 13 points while Kendall Smith and Darin Johnson each added 12 of their own.

The Matadors are back in action Saturday evening as they travel to UC Riverside to take on the Highlanders at 5 p.m.