Experiencing the seventh art at the Cinematheque 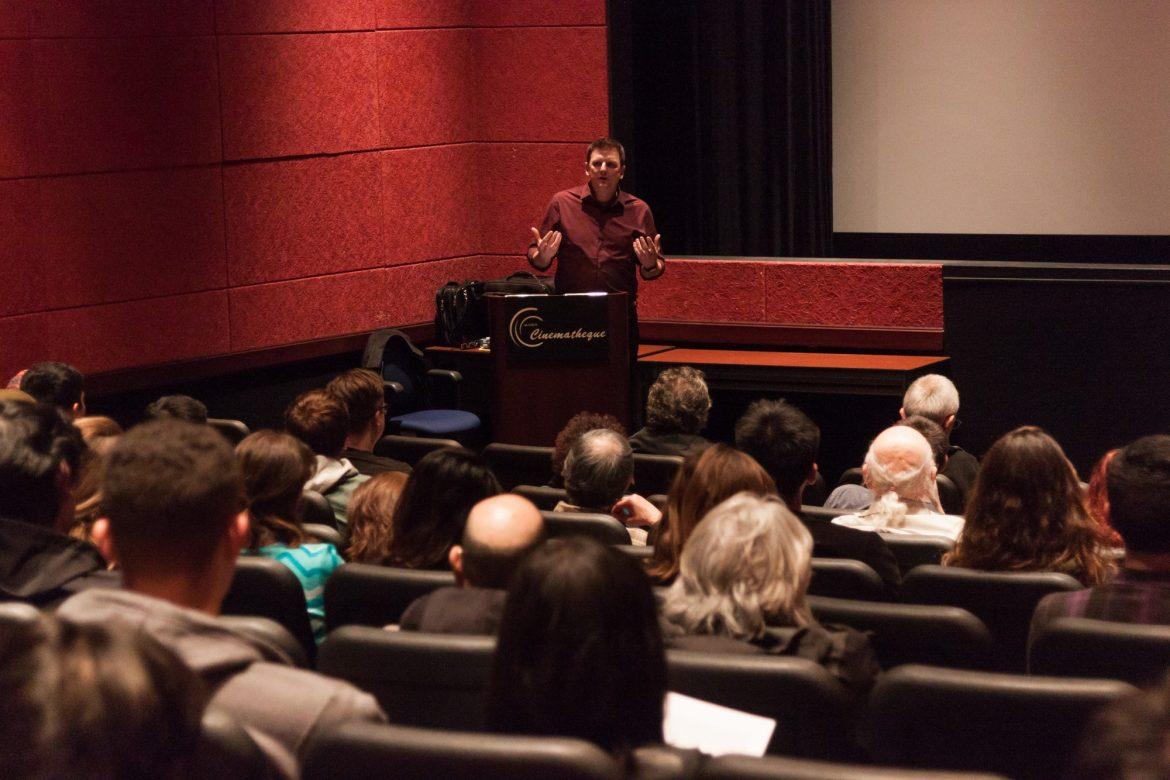 There is a difference between sitting in a normal movie theater to watch the latest blockbuster and to sit in a cinematheque to experience the art of cinema.

For the past nine years, professor of media theory and criticism, Tim Halloran, has hosted “Thursday Nights at the Cinematheque” free of charge. Halloran explained the project began as a mini-festival for a few students and as it grew more popular, he formalized it as a weekly event that is now known throughout CSUN and is open to the rest of the public.

According to the CSUN Department of Cinema and Television Arts website, the theater was designed to screen “classic films, as well as aesthetically significant contemporary films.” These movies are coordinated and chosen by Halloran. This semester, Halloran chose to follow the work of director and actor Johnny Cassavetes. This is far from what a typical movie theater has on billboard, yet it is exactly what attracts people to attend every Thursday night.

Audience member Felix Hagen came from Highland Park to watch the first screening of the 2017 spring semester: “Shadows,” directed by Johnny Cassavetes in 1959.

“It’s not a superhero movie,” Hagen said. “I only [watch] movies like these. This is my thing, that’s why I came here. I’ll travel for long distances to watch them.”

Both old and younger generations approached Halloran to thank him for having an event like this one available to the public, not only because there aren’t many venues of its kind nearby, but because the films themselves are hard to find.

Halloran stated there have been occasions in which he has had to look for films from Europe to showcase them at the Cinematheque. He added that during the fall 2016 semester, he couldn’t get a hold of a film directed by Robert Bresson.

After scattering around, he got a Blu-ay copy from Japan.

“[When it came] to us, it was dubbed in Japanese with no subtitles. So, that’s unwatchable,” Halloran said. “I just could not get the copy of that movie.”

Now that more companies are producing restorations of older films, it has become easier for Halloran to find them.

These companies dedicate themselves to releasing the rare material of film onto easily accessible mediums like DVDs, Blu-ray, and online streaming so the public can watch them. Cinematheques are not the only place to watch movies like these.

There will always be a crowd that wants to experience something else, thus there are people who still consume CDs or collect vinyl. In comparison to the movie realm, there are people who are not satisfied by online streaming like Netflix and Hulu—or even the blockbuster movies shown in regular theaters.

Clark Gholamipour, a film production major at CSUN who attended the screening of “Shadows,” said he searches for places to watch less mainstream film.

“Most movie theaters I go to nowadays are empty because I look for something that’s less mainstream,” Gholamipour said. “I look for content just like this.”

Halloran wants to educate his students more by showing them the rarities and true classics of film. For people who want to experience cinema, it is important to look for films like these; whether it is to aid their career as filmmakers or just to appreciate the true beauty of what Italian film theoretician, Ricciotto Canudo, called cinema: The Seventh Art.

More information can be found on the Department of Cinema and Television Arts’ website.