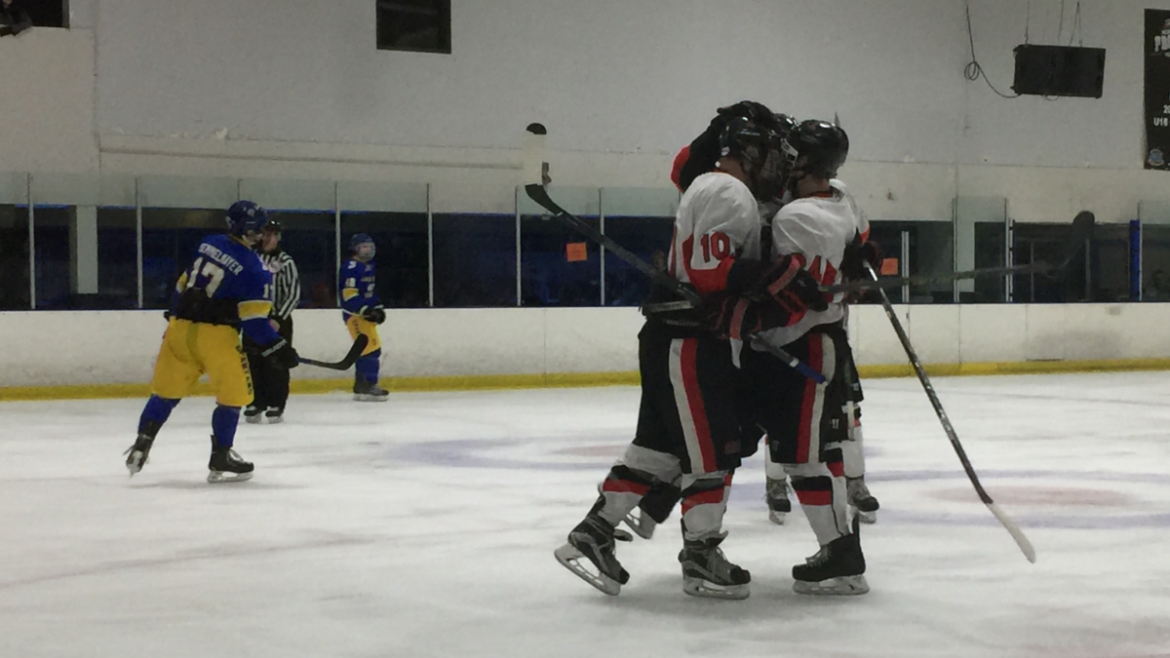 CSUN ice hockey picked up an additional two wins before skating into the WCHC Playoffs next weekend with key wins over the Cal State Fullerton Titans and San Jose State.

Following a split of last weekends’ games with a loss to University of Denver and defeating BYU, the No. 11 Matadors came out firing against their rival, the Titans, in a WCHC matchup.

Jacob Steinfeld and Drew LaGaly set up Ellis Bourgoujian in the first and got CSUN out to a 1-0 lead.

“Trying to make the most of every chance I get,” Steinfeld said. “Keep the head up and look for the open guy, just trying to find him.”

Shortly after, Tereck Morales took a shot from a Fullerton player and passed the puck over to John Michael Laurin allowing him to score, giving CSUN a two goal advantage going into the second period.

Fullerton made it interesting as the Titans struck only seconds into the second, making it 2-1.

LaGaly continued his mult-point streak and scored his 50th career goal with CSUN giving the Matadors the 3-1 advantage. LaGaly added another goal later in the game, giving him two for the night.

“We certainly turned it up,” LaGaly said. “I’ve been with the team for six years now. I know how coaches JP and Steve [Gale] work. If I can help out these younger players of what to do or what not to do before they hear something from the coaches, it helps the whole flow of the team and it helps everyone execute better.”

Enforcer, Levi Bolls, assisted with the scoring later in the third period with CSUN already up 5-1.

Top goal scorer, Eli Berengut, has shaken off rust as of lately and provided the final two goals for CSUN. The Matadors continued to apply pressure to Fullerton and Berengut top shelfed Fullerton goalie, Brooke Hernandez twice in the third, one short-handed, and sealed the win, 7-1.

“This was a big weekend,” Berengut said. “I’m really happy with the outcome. I tried to prepare myself as well as possible, and we came out here and played hard.”

Goaltender Vincent Sepe allowed just one goal and improved his record to 4-0 all-time against Fullerton.

“My performance was good for the circumstances that I was in,” Sepe said. “It was another game. I don’t feel like I have any specific ‘thing’ playing another team, it was just another game to me.”

On Saturday night the Matadors honored their seniors before a tough game against San Jose State. With the West Regional Tournament in Colorado just a few weeks away, only the top 12 teams in the Western Region get to contend. As CSUN sits at No. 11, a victory against San Jose State would help their chances of securing an invite to the tournament.

San Jose State took control with a 1-0 lead in the first period.

“We talked about how we didn’t establish our forecheck or our physical style of play [in the first period],” coach JP Gale said. “We need to play fast and play simple hockey, and capitalize on their mistakes. When we do, we are a tough team to matchup with.”

Goaltender Brandon Kaloda said he didn’t see the release of the shooter for the first goal, but responded well and took it to them in the second.

In the second period, CSUN would respond with four unanswered goals.

“We just have to continue to play our game and get the pucks deep,” Laurin said. “We had a five on three opportunity, and I had to trust my teammates and know where the net was.”

The Matadors were sent off to the penalty box, but that didn’t stop the Matadors. Berengut got the puck from the Spartans, slid it over to LaGaly and he slapped it to the back of the net, scoring short-handed.

“Wasn’t really even me, it was Eli [Berengut] grinding it out down low,” LaGaly said. “The puck just popped out, I was looking for it coming out, because I know that he [Berengut] does that, and I was able to hammer it right home.”

With seconds left in the second, CSUN would have a commanding 4-1 lead.

“We knew that we had to step it up in the second period,” Reints said. “We had to win this game and everyone was able to step up and stay focused.”

In the third, Evan Wright and Cam Rorick found Berengut crashing to the net and Berengut buried his third goal of the game, giving him the hat trick for the night. Bolls added another giving them a 6-1 win.

“For the last 15 years, San Diego State and San Jose State have been the benchmark for the best team in California,” Gale said. “We set the goal this year that we didn’t want to leave no question that Cal State Northridge was the best team in California. With this win over San Jose State, we made it clear who the better team is. Hopefully we have a shot at San Diego State next weekend, and we can prove to them, to us and everyone else in California where we fit.”

The Matadors will host the WCHC playoffs this upcoming weekend. No. 1 San Diego State takes on No. 4 Cal State Fullerton, followed by No. 2 CSUN and No. 3 Long Beach State.

CSUN is set to drop the puck against Long Beach State, Friday at 1:45 p.m.