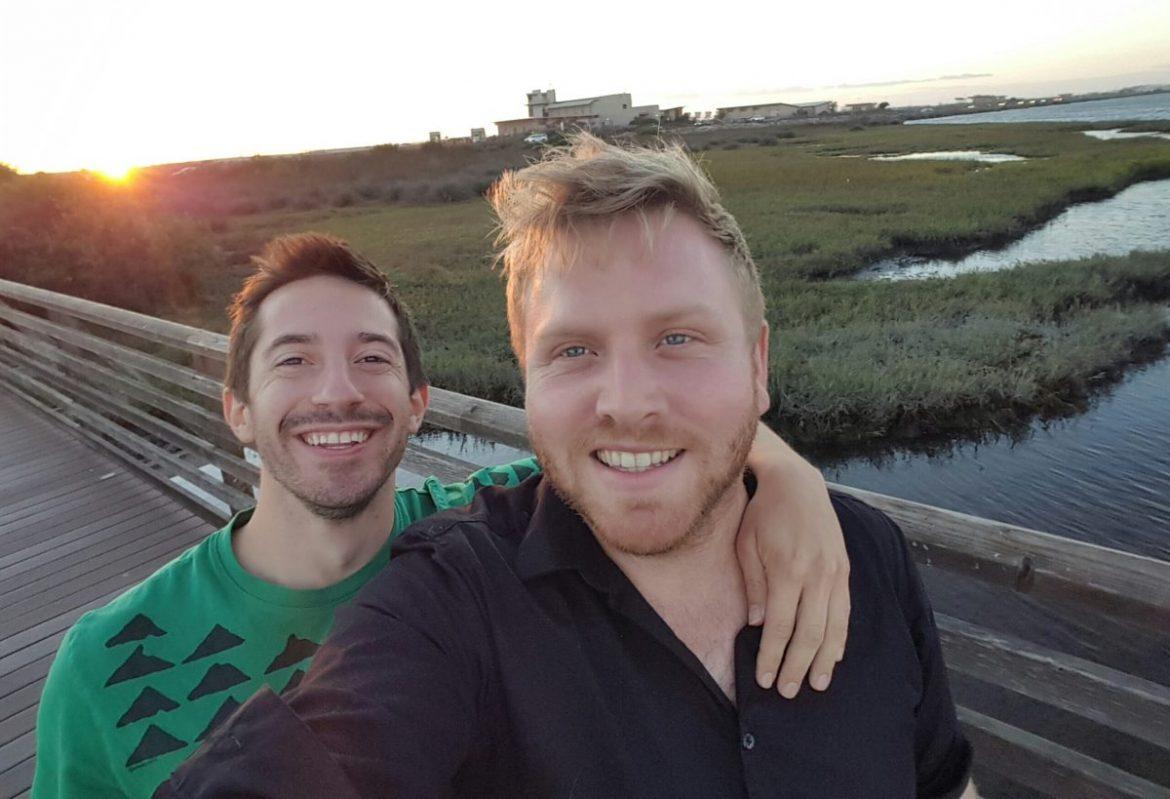 Gavin (left) and Richard (right) met online and are planning to move in together this fall. Photo credit: Mark Richard Rachman

Online dating has been growing for years and the LGBTQ community embraced the opportunities provided by these websites and apps immediately, and then straight people followed.

“I feel like they stole that from us,” said Richard Rachman, 26, on straight people and dating apps.

Rachman said that just five years ago meeting a romantic partner online was not mainstream and was frowned upon by society, but after Tinder and other dating apps started popping up, telling friends and family that you met someone online has become normalized.

Rachman has been openly gay since he was 17, and is currently a biology major with an emphasis in ecology and evolutionary biology at CSUN. He met his boyfriend, Gavin, on OkCupid, but they didn’t hit it off then. It was when they met on the gay dating app Scruff that they finally felt the chemistry and fell in love.

When asked if he thinks “offline dating” is becoming a thing of the past, Rachman said he thinks the apps are just supplemental.

Sarina Loeb, coordinator for the CSUN Pride Center and LGBTQ Initiatives said she believes a lot of people in the LGBTQ community use the apps to connect, especially people who live in more rural areas where it is hard to find like minded people.

“I think for many in the LGBTQ community it is hard to just go to the supermarket and be like ‘oh, I find that person attractive, let me ask them out,'” Loeb said.

Being honest on your dating profile is one of the most important things according to Rachman. Letting a close friend know if you’re going meet someone, and a simple phone call is a way of getting an impression of someone before you meet them.

Kim Casey, 60, from Los Angeles, is a designer and lesbian who met her true love online.

“I actually did meet the love of my life online 10 years ago, but it didn’t work out. Three years later she gave me an ultimatum; either I had to move to Mexico or the relationship was over. It just didn’t work out, it was bittersweet,” Casey said.

The designer said she’s almost given up hope when it comes to finding a partner. She also said the dating options for women her age who are healthy and professionals are limited.

“The gay scene is just filled with too much drama, drinking, and drugs,” Casey said.

Her advice to young lesbians is to stay hopeful.

According to a survey conducted by GrabHim.net, only 18 percent of gay men using dating apps are looking solely for a date or relationship. About 45 percent prefer a date, but will hook up if it feels right.

There are also sites like DaddyHunt.com and SeekingArrangement.com targeting people who are looking for something more specific.

“I wouldn’t say online dating is necessarily safer than going to the clubs because there’s things like catfishing, but it does provide an alternative to the bar scene,” Loeb said.

For LGBTQ students who might not be into the bar scene, the CSUN Pride Center, located at the University Student Union, hosts a variety of events for students who wish to network or perhaps find a future boyfriend or girlfriend.