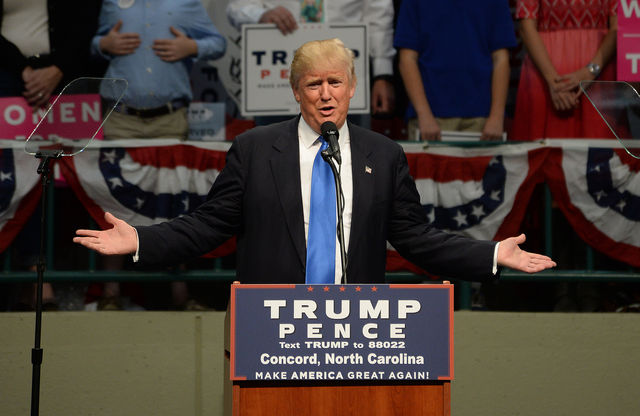 Both the state of Washington and the city of San Francisco have announced lawsuits against President Donald Trump this week.

Bob Ferguson, Washington’s attorney general, announced Monday that he’d be filing a lawsuit against Trump, the U.S. Department of Homeland Security and other high-ranking officials over the new immigration policy that restricts people from certain countries from entering the U.S. for 90 days.

According to a press release from Washington State, the lawsuit “asks the United States District Court for the Western District of Washington to declare unconstitutional key provisions of President Donald Trump’s immigration Executive Order.” The press release also states that Attorney General Ferguson also filed for a temporary restraining order to halt the implementation of the order throughout the state.

San Francisco followed suit Tuesday and filed a lawsuit of their own against the new administration. City Attorney Dennis Herrera announced he was filing a federal suit against President Trump over his executive order directing enforcement action against sanctuary cities.

A sanctuary city is one that has adopted a policy of not prosecuting illegal immigrants based on federal law.

According to a press release from Herrera’s office, San Francisco receives $1.2 billion annually in federal funding, and this executive order could mean losing money that goes toward health care, nutrition, and other programs.

In the release, Herrera said the lawsuit “is necessary to defend the people of this city, this state and this country from the wild overreach of a president whose words and actions have thus far shown little respect for our Constitution or the rule of law.”