A week of politics, protests and worry 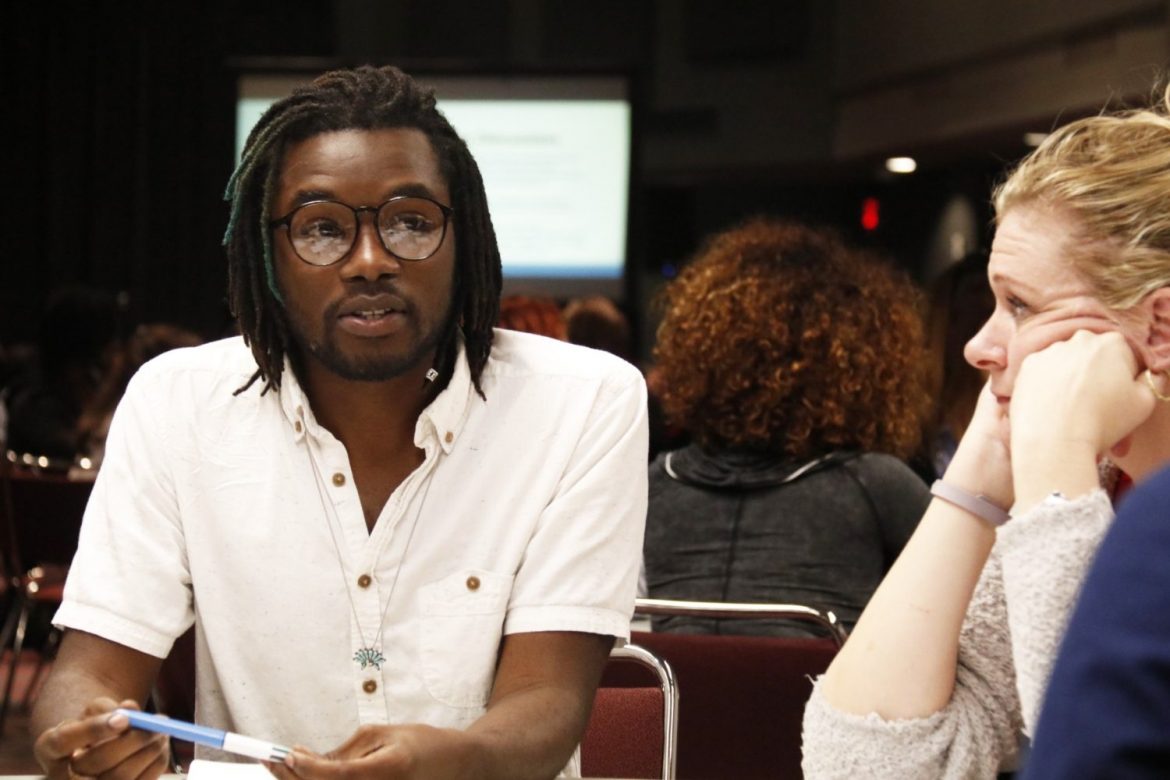 The executive order, officially titled “Protecting the nation from foreign terrorist entry into The United States,” affected those who are citizens of Sudan, Somalia, Iran, Syria, Yemen, Libya and Iraq.

CSUN President Dianne Harrison issued a statement Monday condemning Trump’s actions and declared that CSUN is a campus for all students, regardless of ethnicity, religion, nationality or sexual orientation.

According to Harrison’s statement, over 600 presidents from universities across the nation have signed a letter of opposition to any of Trump’s executive orders that would displace immigrant students, including DACA, which Trump promised to repeal.

Hedyeh Rezaei, a senior psychology major and a volunteer at CSUN’s BLUES Project, was one of the hundreds of protesters at LAX who demanded the detainees be released. Rezaei remained at the protest for 10 hours until the release of the detainees.

“[When the detainees were released], to be honest, I just cried,” Rezeai said. “A lot of them were elderly men, mothers and children who just wanted to be with their families, and it didn’t make sense why they were being held for over 20 hours.”

Rezaei recalled a moment when she and her fellow protesters realized they were able to connect with some of the Muslims being detained.

“At one point we found the wall that was between [the detainees] and us, and so when we started chanting, they could hear us and they started banging on the walls,” Rezaei said. “That was one of the most powerful moments, so we made sure we kept chanting there the entire time so that they knew people were out there trying to get them [released].”

Harrison announced that a town hall meeting would be held Tuesday for the campus to address concerns regarding President Trump’s executive orders.

Students, staff and faculty filled over 300 seats in the USU Northridge Center to discuss how the campus community should support students who are threatened by Trump’s policies.

“This is the second town hall that I’ve attended, and I hold it very near and dear because I’m a first generation immigrant myself,” said Khatira Tarvirdian.

Tarvirdian, a domestic admissions advisor and CSUN alumna said both DACA students and international students are affected by this, and the campus community needs to show them support and let them know that they are not in this alone.

Tarvirdian said that several international students have opened up to her about their fears regarding their own immigration status and that of their spouses who have migrated to the U.S.

She said that during the town hall roundtable discussions, her group advocated for workshops that would help at-risk students better understand the new political policies. Tarvirdian also said that a clearer understanding of the issues can alleviate anxiety and help students find what course of action is best for them.

William Watkins, vice president of student affairs, hosted Tuesday’s town hall. Watkins said the main difference between this town hall and the one last Nov. is that now the campus community is no longer approaching the discussion from a “speculative” perspective. He reasserted that CSUN will protect undocumented students from deportation.

“We will not do the work of immigration enforcement,” Watkins said. “We will not be turning over students, or rifling through records and turning over information that would jeopardize or bring the identification of students. We want students to come [to CSUN] with the confidence that they are able to remain here to undertake what they came here for.”