CSUN comes in fourth in first tournament of spring 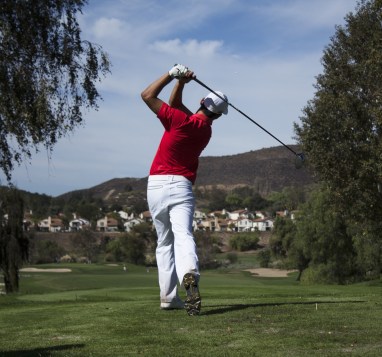 CSUN’s golf team placed fourth in the Folino Men’s Invitational in Industry Hills scoring a 28 over par for their first tournament for the spring.

Both junior Felix Mory and senior Tavit Garabedian led the Matadors, shooting a five under par for the tournament which had them tied for 10th place overall in the individual leaderboard.

Mory and Garabedian both ended up 12 strokes behind the leader Joe Fryer from Long Beach State.

The first day was cut short due to darkness with 11 of the teams not being able to finish the second round until Tuesday morning.

Garabedian led CSUN for the first two rounds scoring a 73 and 72, finishing up one over par and tied for fourth place entering the final round of play.

However, Garabedian scored a 76 in the third round which put him down to 10th place for the final standings.

CSUN’s Tomas Skajem and Sam Engel finished tieing for 21st, scoring a nine over par for the tournament, while Trym Falch finished 47th with a 21 over par.