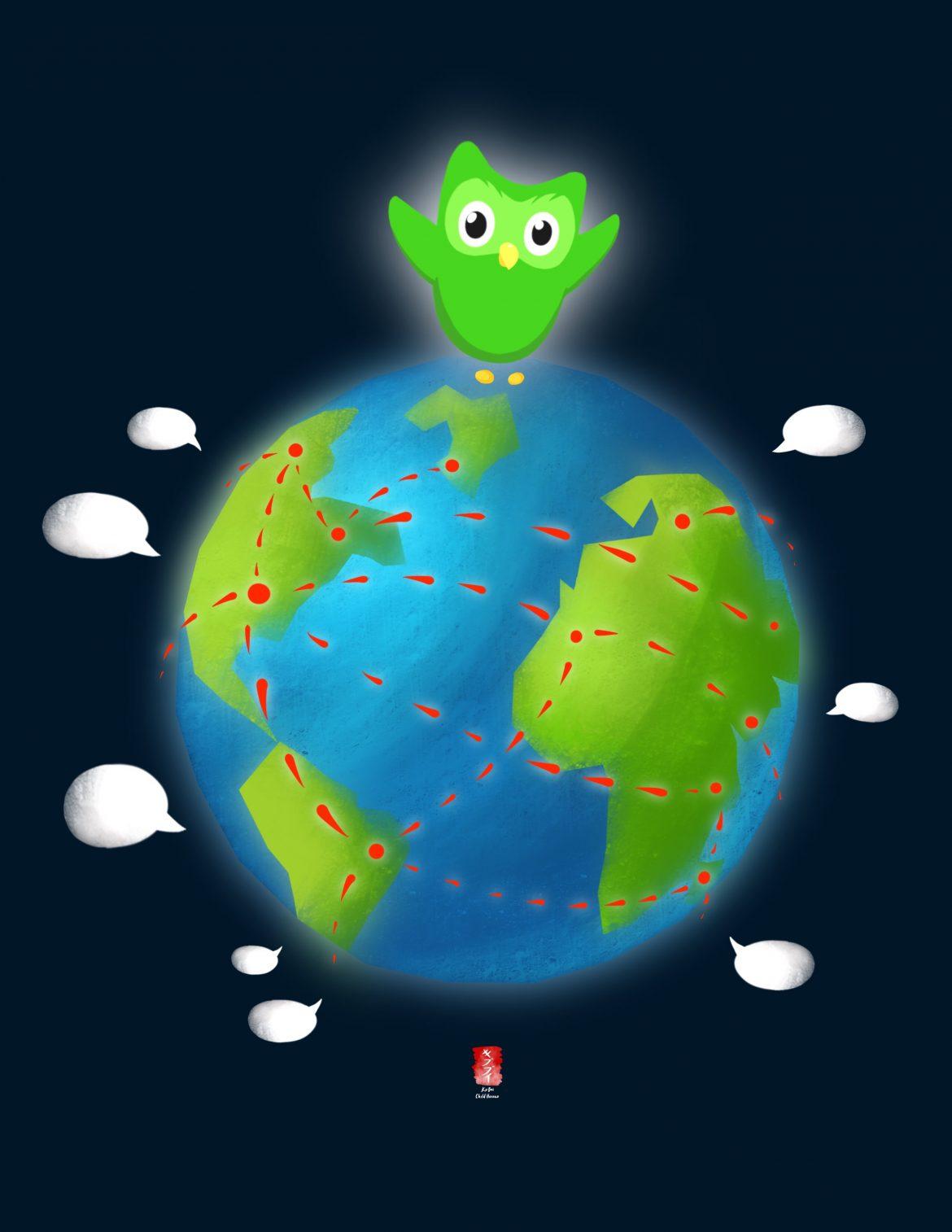 With the diversity in Southern California, it’s always a plus to know a language other than English. People regularly take language classes and purchase Rosetta Stone, or study a foreign dictionary inside and out, but Duolingo is for those who prefer something quick and free.

Duolingo was launched in 2012 and allowed people to learn a new language in a simple, game-like way. The lessons on the app include translation, speaking and listening challenges with over 20 languages to choose from.

Danielle Lima Feitosa, the student assistant at the International Student and Exchange Center, said she completed the English course on the app and liked it because of the different subject levels it had to offer.

Feitosa is currently working on her masters degree in mechanical engineering and uses the app on her free time to practice her English. She moved to the U.S. from Brazil in 2014 and has recommended the app to her sisters and parents back home.

She liked the app, but thinks there’s room for improvement.

“The sentences taught in Portuguese are not sentences we use every day,” Feitosa said. “They should try to teach the language the way that we speak it so that it can help people have conversations.”

Abdullah Al-Hussaini, a cinema and television arts major, came to the U.S. from Oman last year and has used the app to learn Spanish.

“With a lot of different backgrounds and different levels of communication, having an app like this helps a lot in understanding those communities, especially being in Los Angeles,” Hussaini said.

Hussaini said the game-like structure of the app motivated him to keep learning, and that it helped him to put sentences correctly together in Spanish.

Hussaini also loved that the app is free, giving him easy access to further his language skills.

Svetlana Tyutina, assistant professor and director of the modern and classical languages and literatures department graduate program, said she has noticed more students using Duolingo in the past few years.

Tyutina, who researches and teaches Spanish, said the app is a good start towards learning a new language and provides the language courses in an easy and interactive way.

“I tried the app a couple of years ago to see how it works and assess its pedagogical potential, and it seems as an entertaining and engaging way to start learning a language,” Tyutina said. “It is a good first step towards it, but it needs extensive practice beyond what this app offers to achieve higher levels.”