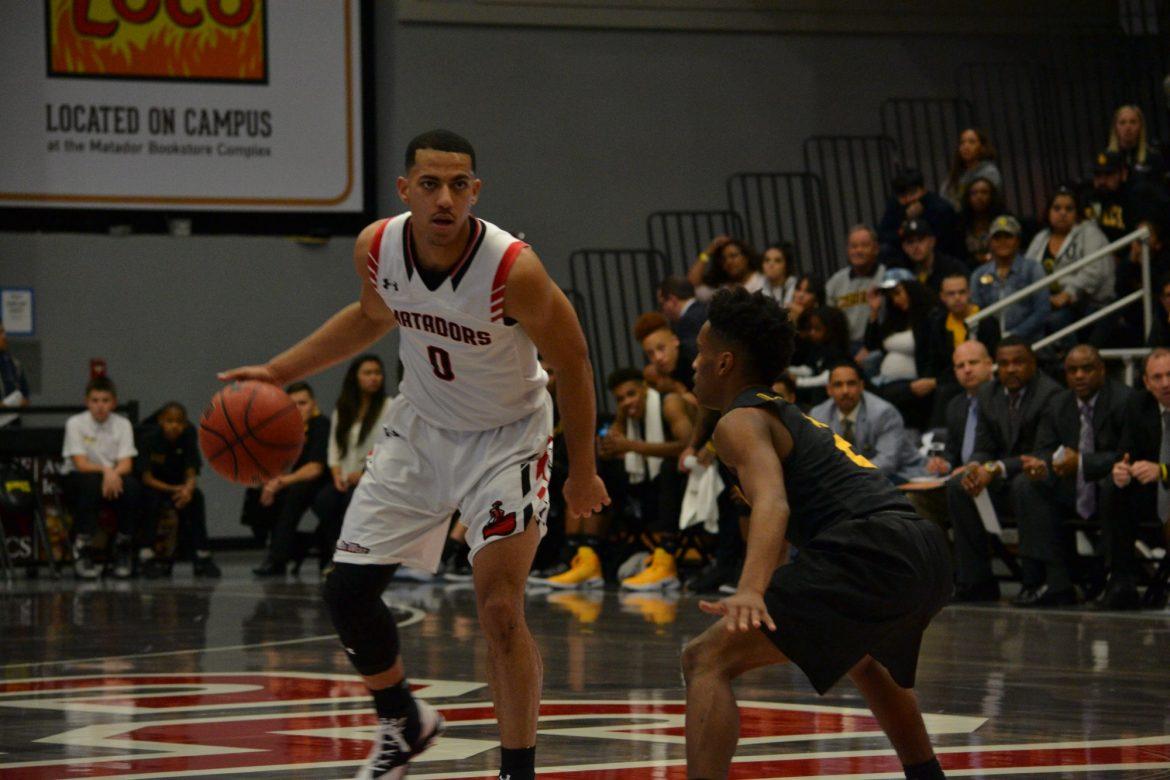 CSUN's Junior guard, Kendall Smith, trying to get around his opponent at the game on Wednesday, February 1, 2017. Photo credit: Breaunne Pinckney

It was a historic night as the Matadors came away with the win in a high scoring affair against Long Beach State 108-98 Tuesday night at the Matadome.

“I’m just blessed to be able to reach a thousand points and be recognized as one of the best that came through here,” Parks said.

The Matadors got off to a rough start as Long Beach State took the early lead 11-6, but CSUN would battle back in a highly contested first half that saw 13 lead changes.

Northridge was able to come away with a 50-45 lead at the half and kept Long Beach’s leading scorer, Evan Payne, to only five points in the first half shooting 2-8 from the field.

The second half began well for the 49ers as they took the lead with 17:56 left, but the Matadors quickly regained momentum.

Parks had a solid outing scoring eight points in the first half. He finished the night with 12 points, four rebounds and four assists.

CSUN would lead for the final 17:04 of the game in large part because of Junior Tavrion Dawson, who scored 12 points in the second half.

Dawson dominated the game and finished with 24 points and 12 rebounds for his third straight double-double.

Coach Reggie Theus spoke of how impressed he had been with Dawson’s progression.

“I’m very proud of him,” Theus said. “I think more than anyone else on the team, he has listened to me in terms of how his growth needs to be and he’s really beginning to reach his potential.”

Theus stressed to Dawson that he knew the importance of rebounding and getting to the free throw line.

“I just stay in the gym, putting up shots, looking at film seeing what I can do to help the team get better,” said Dawson. “Coach has been on me about rebounding so I have just tried to step it up.”

Dawson will look to continue his double-double streak as The Matadors will look to make it four in a row when they take on Hawaii at home Saturday night.