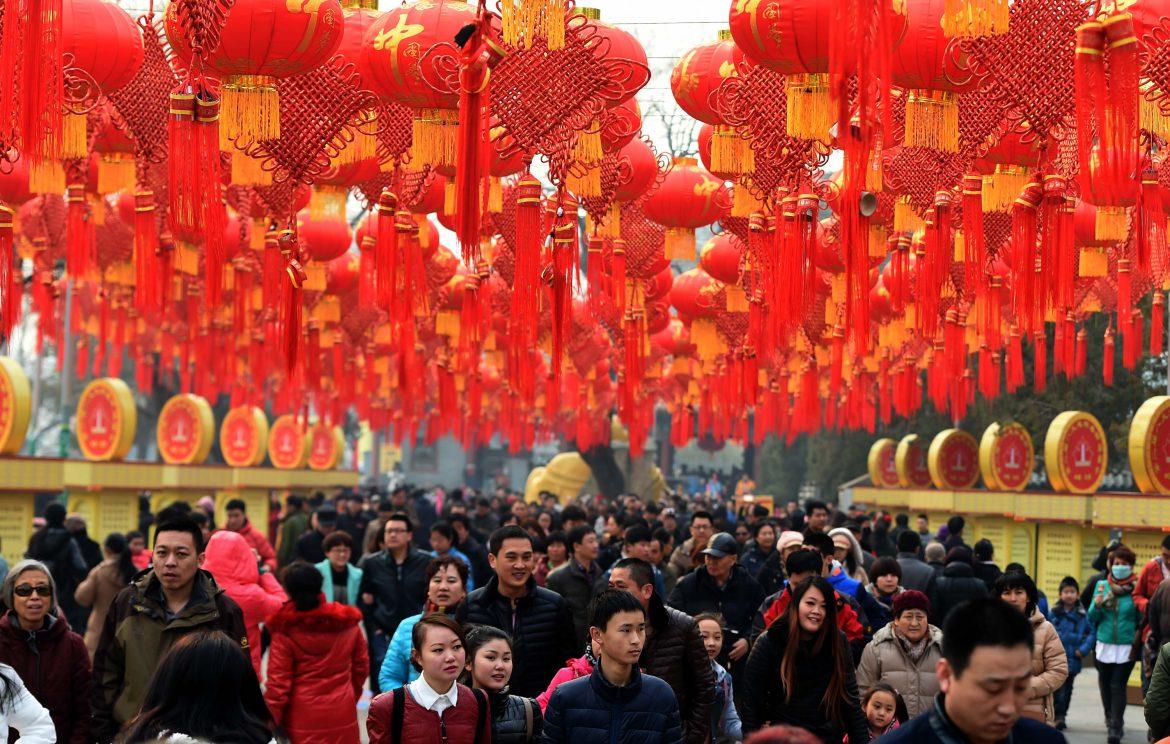 The Lunar New Year, also known as the Chinese New Year, is set to bring in new beginnings filled with luck and success.

This is a long-standing tradition that has been kept alive despite the culture clash between the new and older generations.

Lu describes it as a celebration in which families come together and pay respect to those who have parted from this world.

The first thing she does is head over to her community temple. In there she reunites with her family and they pray to the gods.

She also decorates her house with red templates and offers apples, tangerines, mangos, oranges and grapefruit to her Buddha in hopes that it will bring her good health, success, luck, and happiness.

Lu also has dinner together with her family and offer those same festivities to their ancestors by creating an alter.

This celebration takes place throughout most Asian countries like China, Thailand, Vietnam and the Philippines.

Santa Clarita resident Joseph Ngyuen said it is measured by the rotation of the moon to earth as suppose to the western calendar, which measures earth’s rotation around the sun.

“It is a festive day spent with immediate family the first day, relatives the next day and friends on the third day. Parades with a Lion Dance are common,” Nguyen said. “Fireworks, noise-makers, [and] gongs are used. The Lion and loud noise are used to scare away evil spirits.”

Many families will also gather around to visit their temples where they pray and honor their Buddha.

The new year will also be introducing a zodiac animal for the year. This time the rooster will take its place in representing this new year.

As part of a tradition, Ngyuen said it is good to buy new clothing for the celebration as a sign of new beginnings.

Individuals of all ages form part of the festivities as well. On this day, children will receive a red envelope with money as it symbolizes good fortune.

The color red is important throughout the celebration as it symbolizes the joy and happiness that the Lunar New Year is set to bring.

There are many activities that can be seen throughout this event and food is no exception.The family dinner is an important piece as it brings families to the table. Traditional Vietnamese foods like Banh Chung, Keo me Xung Keo dua, and fruit plates are savored in such feast according to Nguyen.

A plate is placed on the ancestors’ altar and incense is used to cast away the evil spirits that might surround the house.

These traditions have been passed down from generation to generation and main ideas are still retained within the modern culture.

Edith Chen, an Asian-American studies professor, said those traditions are still intact and are kept alive through these modern days.

In Asian countries most people are given a rest period in order for them to attend the daily activities of the Lunar New Year.

Some people even take off a week in order to appreciate the holiday and its traditions.

“For a third generation it is much harder to maintain those traditions,” Chen said.

Chen said that in order to keep these traditions people must be part of them. She said that she will be celebrating the new year with friends because her family lives in different states.