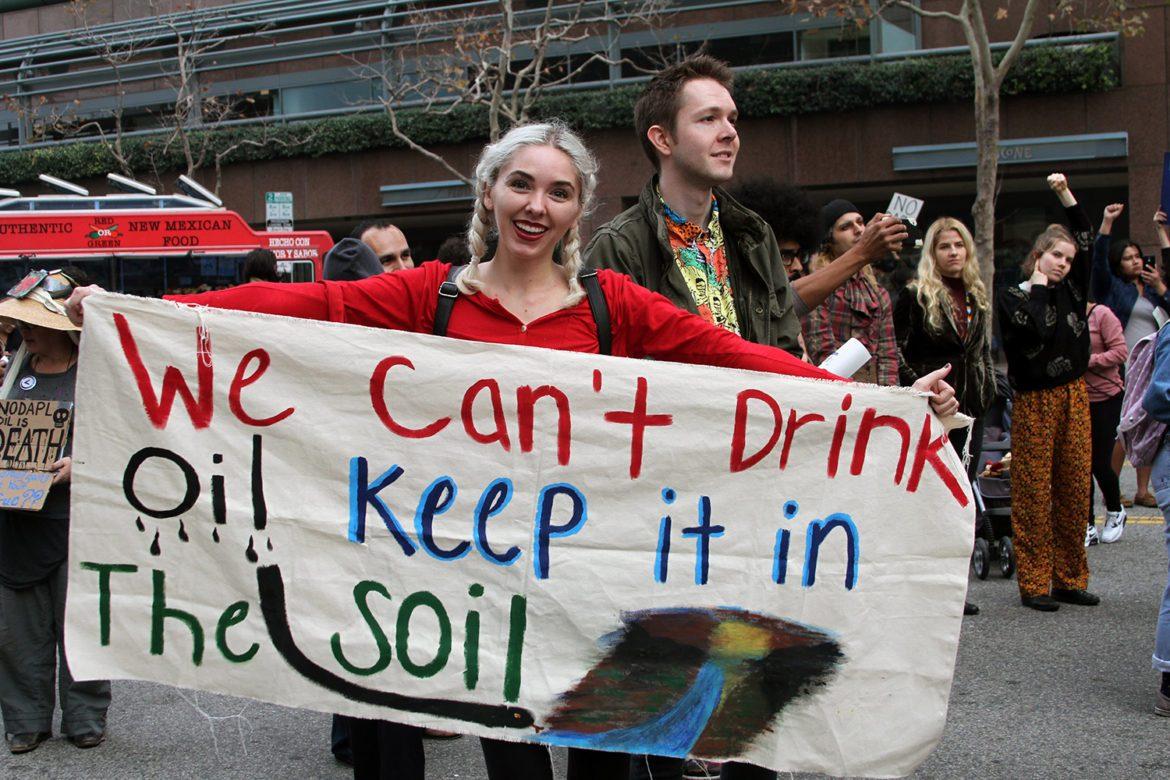 Around 1,500 people gathered in Pershing Square on Sunday morning to protest against both the Dakota Access pipeline and the Keystone XL pipeline, which have now been ordered by President Donald Trump to push to completion.

“This is a time when we need to be moving away from oil,” said protestor Nicole Kulaga. “This social injustice is also something the natives have been fighting against for 500 years, so I am here to show solidarity with them because ultimately this is an issue that needs to be fought by everybody.”

In 2016 there were about 220 significant oil spill incidents reported, and a significant incident, defined as one that results in serious injury or fatality, costs more than $50,000, releases more than five barrels of volatile fluids such as gasoline or 50 barrels of other liquids, or results in a fire or explosion, according to Dan Zukowski’s article from EcoWatch.

“The one thing Trump is doing right is getting mass number of people out and into the streets,” said protestor Michele Reid. “I have never been to a protest in my 54 years of living, but with so many injustices happening right now we all have to take a stand.”

The proposed Keystone pipeline extension that was vetoed by former President Obama in 2015 due to environmental and health hazards has now been overturned by Trump’s executive order to continue the exportation of fossil fuels.

Trump also gave permission to continue the production of the Dakota Access Pipeline, which would allow the pipeline to cross the Missouri River and threaten the Standing Rock Sioux Tribe’s drinking water source.

“Trump does not care about the issues of the people,” Kulaga said. “He is concerned with profit for the few.”

There will be another march taking place March 10 at Pershing Square to continue the fight against the completion of the Dakota Access Pipeline and Keystone Pipeline.