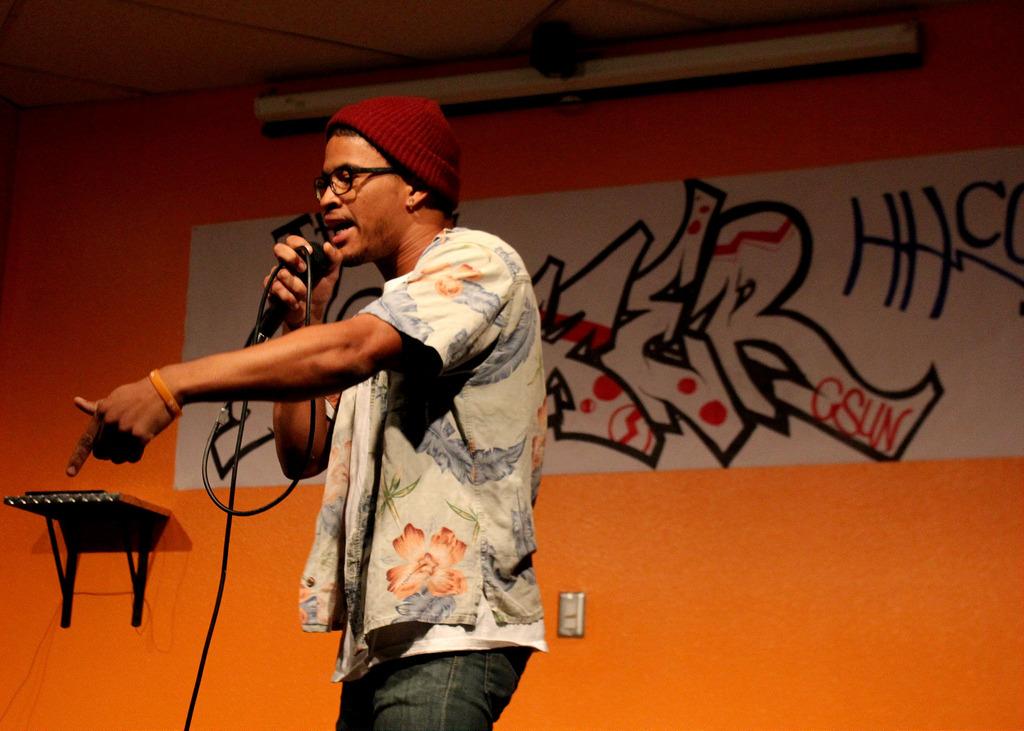 The creative talent at CSUN grows immensely every semester whether through singing, rapping, producing, photography or painting. Students form clubs, small shows, and open mics on campus; including get-togethers off campus to express their art. All artists, no matter what platform, have their own story and inspirations.

Jacques Guidry, otherwise known as Souleaux, is a 20-year-old art major at and works as a part-time product photographer. Guidry raps, sings, produces, plays the guitar and does cover songs. When he’s not in class, working, or hanging out with his three roommates, he’s shooting photos, exploring, or creating new music.

“I’ve always been around music, but I didn’t start taking it seriously until my second semester when I joined the Hip-Hop Culture Club,” Guidry said. “I discovered that the library had a recording studio and recorded most of what I had written in the past year. I’ve been recording as much as possible since then.”

One of Guidry’s biggest influences is the rapper, Kid Cudi. Cudi’s first studio album, “Man on the Moon,” is a concept album about his emotions and struggles. This album was also the first to make Guidry cry.

“The lyrics spoke to me in the climax of adolescence when I felt so misunderstood and lonely,” Guidry said. “I like to think of it [‘Man on the Moon’] as my anthem. In fact, the name Souleaux was influenced by his coining of the term ‘Solo Dolo’.”

Guidry is always in a constant state of inspiration and believes it to be a choice as well as exercise. Whether from his own life experiences or from someone else’s, he finds the inspiration from any small corner.

When it comes to song ideas, Guidry has learned to jot it down in the moment to avoid forgetting it. From drive-thrus to a nice seat on the toilet, he writes anywhere and on anything he can get his hands on. He finds that the songs that have resonated most with his peers were the spontaneous ones.

Guidry recently performed in Conscious Nights at Collective Lifestyle located on Reseda Boulevard along with other local valley artists. The majority of his performances have been in the valley so far, but has done a few open mics in his hometown of Fresno.

He describes his music as motivational, whether it motivates people to live, learn, love, or just move.

“I turn my grief, questions, vices and triumphs into something we can all enjoy on some level,” Guidry said.

As a musician, Guidry said it has opened him up to a broader spectrum of life. He confronts and embraces his emotions and problems to turn them into art.

“I don’t demand anything from music,” said Guidry. “Performing and recording are my ways of giving back to something that brought me through so many negative and happy moments.”

You can listen to Guidry’s music on Soundcloud at @souleaux