Medicare For All protesters aim to educate the public 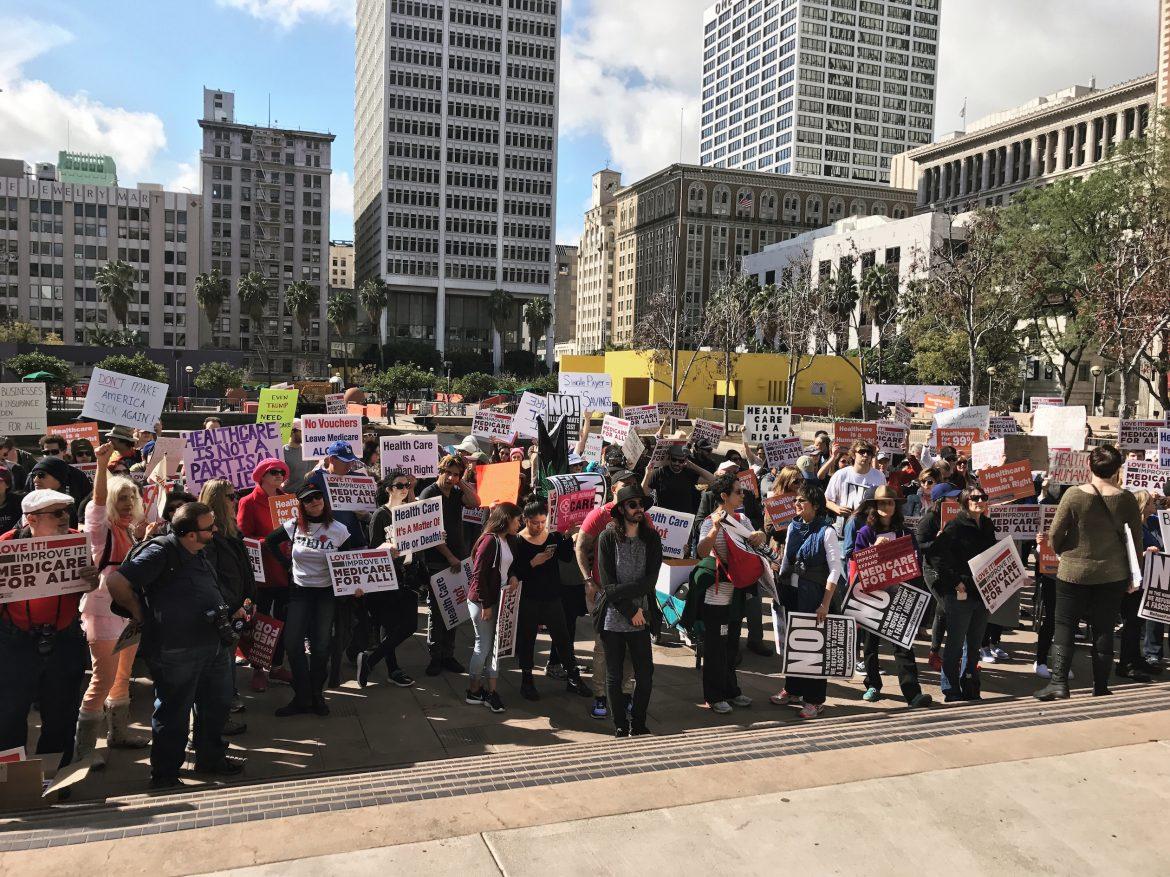 Protesters gathered at Pershing Square for Medicare for All. Photo Credit, Carolyne Hogikyan

Republicans are still threatening to repeal Obamacare, but Medicare For All protesters are pushing to replace it with a single-payer system.

“My mom and people I know have illnesses like cancer,” Mejia said. “They have friends who don’t have health insurance and so even with Obamacare, it’s still hard to get the treatment and coverage you need.”

Protesters finished the rally near city hall, but encouraged each other to keep fighting for their cause.