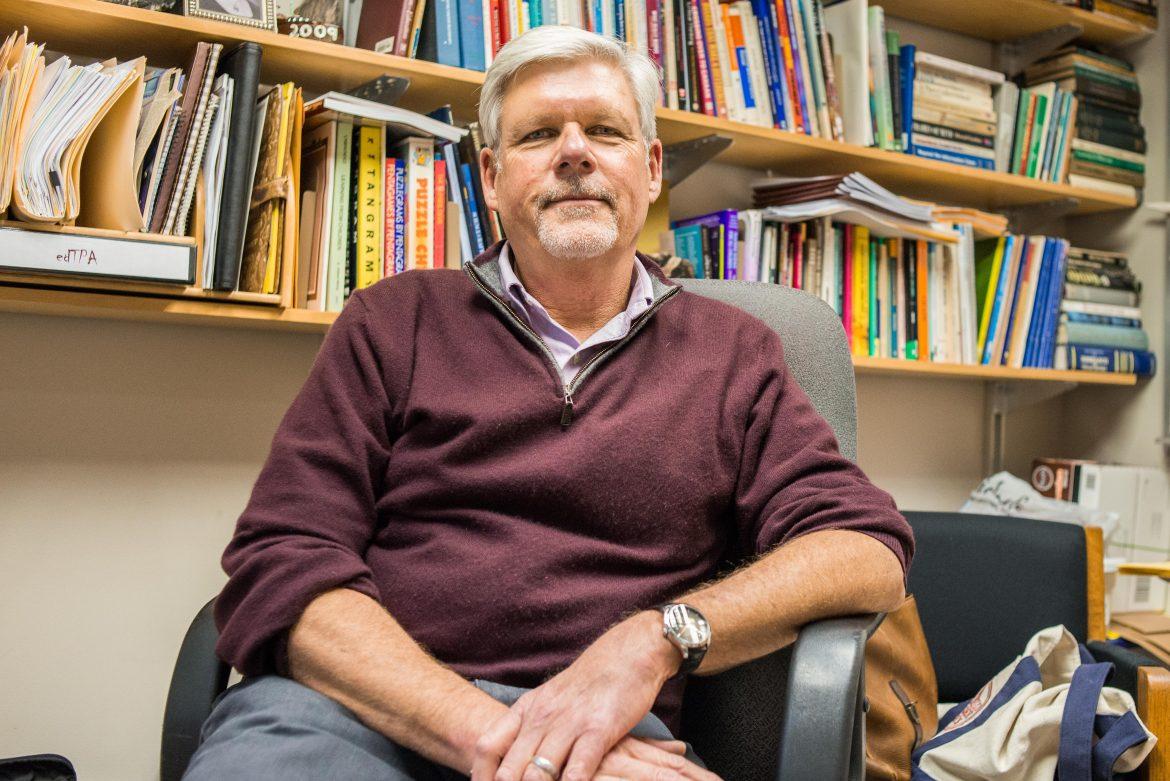 Dr. David Kretschmer, CSUN professor with the department of elementary education (pictured above) and Shartriya Collier-Stewart discussed their findings from talking to male education students on friday during a seminar at the USU Photo credit: Alejandro Aranda

Advocates that aim to close the gender gap in education met on Friday in the USU to discuss the causes and solutions for the lack of male educators in public schools, who make up a smaller percentage of educators today than they did in 1980.

Speakers included Bryan G. Nelson of MenTeach and Dr. Lemuel Watson of the Call Me MiSTER initiative, who discussed various reasons why the gender gap exists and techniques on how to recruit males in the teaching profession, with a special focus on elementary education – where the gap is widest.

“We were amazed at what we found,” Kretschmer said. “A disproportionate number of males were experiencing significant challenges.”

One of the challenges Kretschmer mentioned was what he called the “suspicious factor,” where men who go into childcare and education are often thought of as untrustworthy or unusual. Nelson said that an important part of mitigating this suspicion was with support groups, which might be informal, and with either male or female mentors, as new male educators.

“This is a great field,” Nelson said of the gap. “Where are the guys?”

Among the answers offered were low status, low pay, and the fear of false accusations. Nelson preached the importance of having male teachers work with children immediately, ungraded but supervised, and offering stipends to men who join the profession. He said this was the best way to tackle the gap, which he stated was only slightly smaller than nationwide in California.

The National Education Association reported in 2015 that roughly 27 percent of teachers in California were men, contrasted with about 24 percent nationally. The National Center for Education Statistics found a similar percentage in 2012, with about 76 percent of public school educators as female.

Historical reasons discussed in the seminar for the decrease of men in education were varied.

Nelson, citing his own 2002 study “The Importance of Men Teachers and Reasons Why There Are So Few,” argued that men entered the education workforce after the Civil War and both world wars, but women first maintained a majority because of their own gains in higher education and their appeal to administrators who paid them lower wages.

The seminar was presented by The Future Male Minority Teaches of California Project, with collaboration from the W.K. Kellogg Foundation and MenTeach. It is the first of several sessions to come, with plans to include California state universities East Bay, San Jose, Dominguez Hills, and Los Angeles, as well as San Diego State University.

For those at the seminar, this means pushing back against the numerous reasons male teachers have become scarce, a task that might seem daunting to any outside observer.