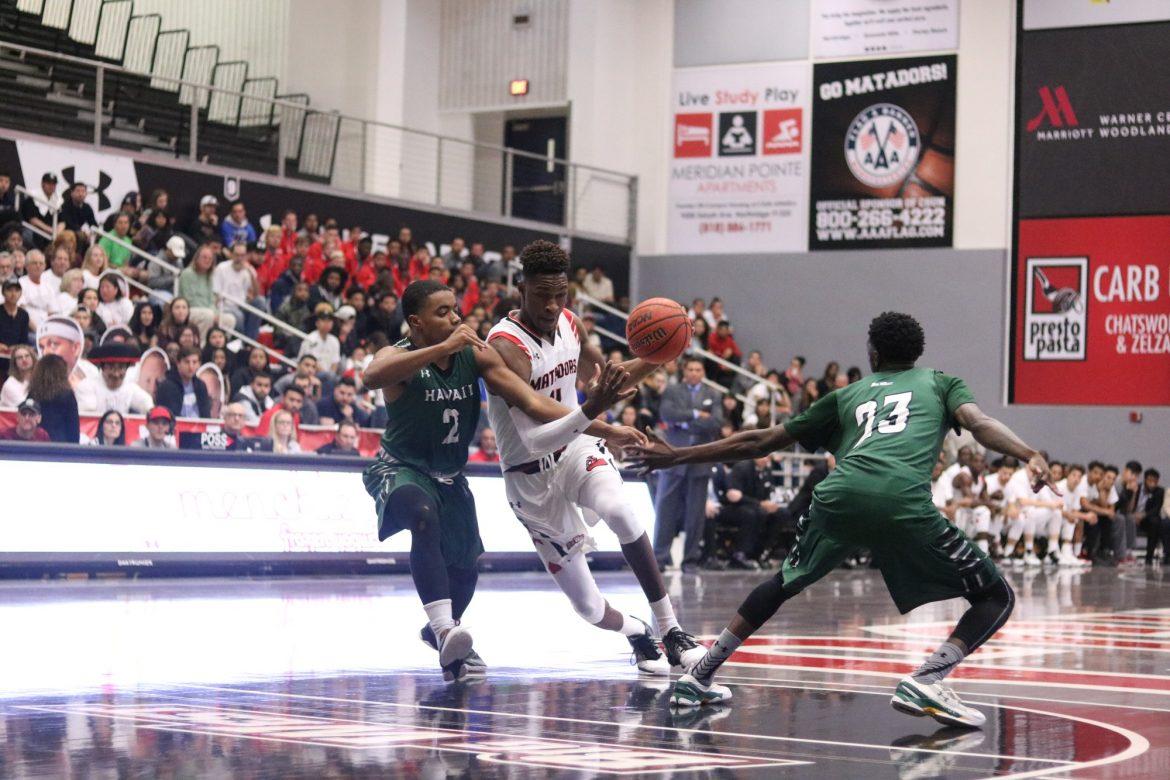 CSUN’s junior forward, Tavrion Dawson, goes in for a layup while being double-teamed by Hawai’i’s, Brocke Stepteau and Sheriff Drammeh (left to right), at the Matadome, on Saturday, February 4th. Photo credit: Lauren Valencia

Junior Darin Johnson put up a career-high for the CSUN men’s basketball team as their three-game win streak was snapped against the Hawaii Rainbow Warriors 72-76 Saturday at the Matadome.

Johnson scored 27 points along with four rebounds and went 9-11 at the charity stripe in a hard fought match that saw numerous streaks and lead changes.

Junior Tavrion Dawson continued his double-digit streak to eight games now when he scored 14 points, but saw his own double-double streak come to a halt at three games when he came one rebound short.

The Matadors constantly put themselves in position to win, including putting together a 13-1 run in the second half that put them up 52-47.

CSUN saw firsthand that even though free throws are “free,” they do come with price. Allowing the Warriors to go 18-22 from the line and a detrimental 8-8 in the last 33 seconds.

Every time the Matadors tried to pull away, Hawaii senior Noah Allen, would put one more of his game-high 34 points up to seal the victory. The Warriors had the Matadors number, making this their sixth straight win in their highly competitive head-to-head match ups.

CSUN’s hard fought win was not for loss, however, as senior guard Aaron Parks’ five points put him 18th on the Matadors all-time scoring list with 1,007 points.