Theory of prethoughtout language: part one 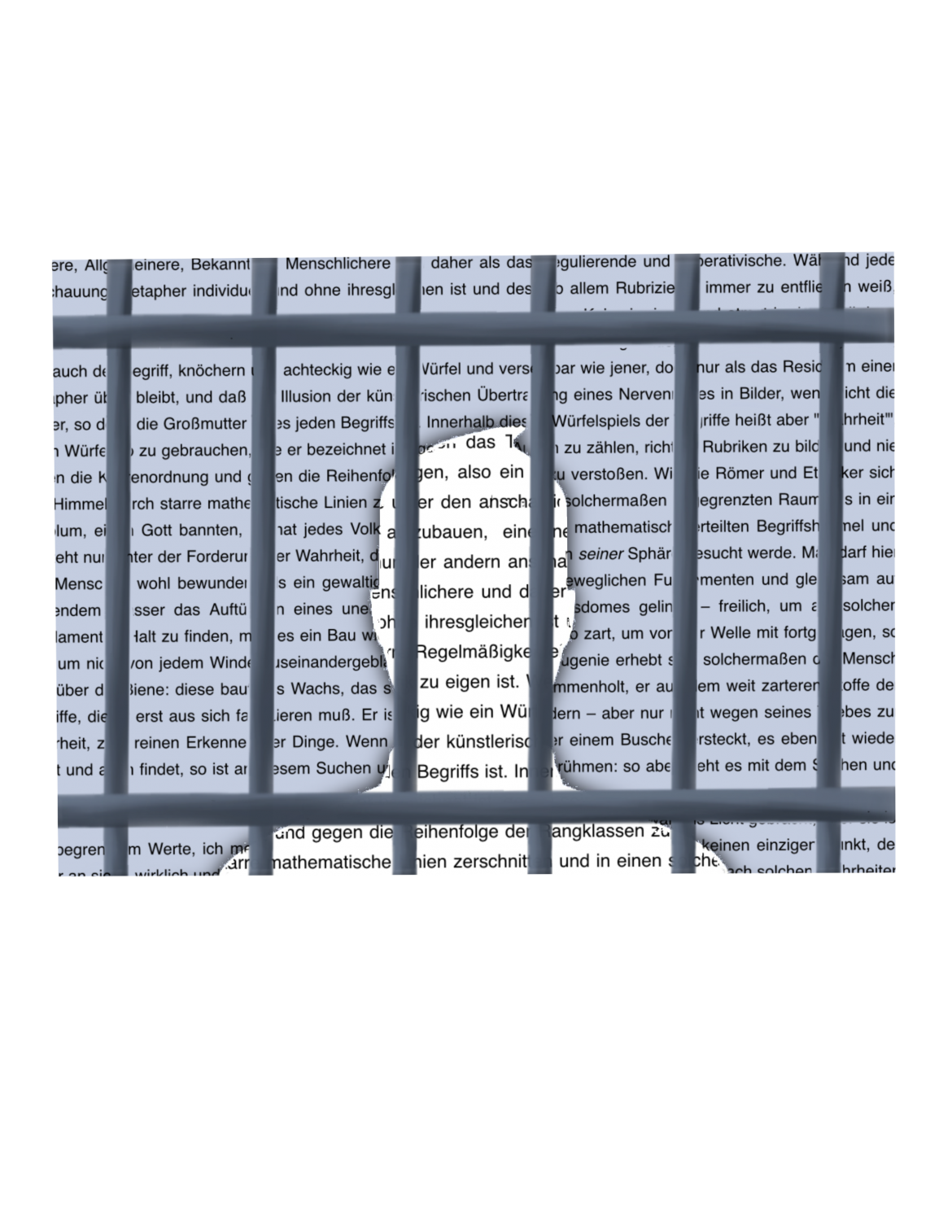 Nietzsche's theory of the "prison house of language" emerges in his book, "On Truth and Lies in the Non-Moral Sense" which was originally published in German.

The Internet is a mechanism for ideas that please for self-gratification in order to be accepted by society through simple responses with no real meaning.

Nietzsche’s concept of truths as told in his “On Truth and Lying in a Non-Moral Sense,” is being decorated and intensified through rhetoric can relate rather easily to the idea of both men and women yearning for recognition through ideas constructed by themselves to please.

The rhetoric developed by people to design how and in what way they are seen by their peers is both fictional and made out of a purposeful design to allow others to perceive them in a particular way.

The “truth” people have constructed for themselves through technology has overtaken the “truth” of their essential selves. The concepts constructed in their minds to develop their personal identities through fake means have become ways for people to communicate as opposed to and indifferent to life and interpersonal communication.

Not all, but many youths would rather develop how society sees them through artificial means rather than present themselves to society as their realistic selves in order not to feel rejection.

The deception of allowing people in society to think and revise their speech has created a world where deception has become truth. Nietzsche’s prison house of language has been expanded to include the prison house of pre-thought-out language that is now specifically constructed for positive presentation.

This construction of reality is just that, a construct performed and made by individuals who want the people around them to see them in a specific way simply through the prethoughtout language they use, but by no basis of action. Action online is non-existent. It is an idea of action.

It is perceived those who speak out against opposing ideologies are physically acting against something, but in reality they are words easily erased from history by an edit button. There is no true action being taken, but rather an idea being spewed as though action should be or will be taken.

What, then, is developed within our society by these false truths and people only surrounding themselves with others who will regurgitate those false truths? The opposite of the purpose of the Internet.

The enclosure of thoughts allowed to be accepted or rejected, shut out or let in. There is no part of this world that is not developed for the self to feel better. Outside viewpoints can be blocked out. One can tell others when they do not want to hear or what they have to say by a click of a button.

The detriment to lacking knowledge of other viewpoints creates a divisive and stagnant society where moving forward or being progressive is an illusion. True reaction is nonexistent in a world created through prethoughtout language.

Social media and the way people personify themselves online is a copy of Plato’s ideal realm in “Republic,” but those ideals are not based off eternal perfect ideas of things or thoughts they’re based off Nietzsche’s ideas of deception for satisfaction.

One portrays themselves ideally to fit into society, lying to please themselves by positive responses in order to appease their illusion of their minute and minuscule presence. The ideal or metaphysics of social media is shaped to be copies of imperfect ideas made to look perfect. A mind is no longer able to spew intelligent words into a conversation for fear of dislikes or unfriending online.

There are also the social implications. If a person online is shamed, they are shamed in front of a crowd the size of an arena. Thousands are able to see the shame; therefore, people retract from putting meaningful thoughts online for fear of public censure.

Conversations are no longer had in a meaningful way to simply enlighten the mind of the other speaker or one’s own mind. People forget to communicate or how to communicate without contemplating their responses in the appropriate way first in order to be accepted by the arena-sized crowd on the other side.

Nietzsche’s deception theory of lying for satisfaction applies almost wholly to the idea of online socializing. Those who have decided to communicate through ways of communication that has no consequence and no spontaneous thought flow have decided to disavow the idea of hearing free flowing thoughts that are not pre-decided.

People contemplate their ideas and/or response in a lie that will simply satisfy their opponents in the ring of unintellectual interaction. Each thought is perceived and contemplated in order to be accepted by their own thought doppelgängers.

The reiteration of one’s own thoughts in the handpicked society of the social media Internet allowed shock to occur during this past general election of the U.S. President. People’s “friends” regurgitating ideas they had themselves gave the perception that all of society thought that same way, no matter which party they voted for.

The Internet has become a place that shrinks our world through constant regurgitation of our own thoughts and viewpoints rather than expanding our world to include the differing thoughts of others allowing for less critical thinking and more divisiveness than every before.