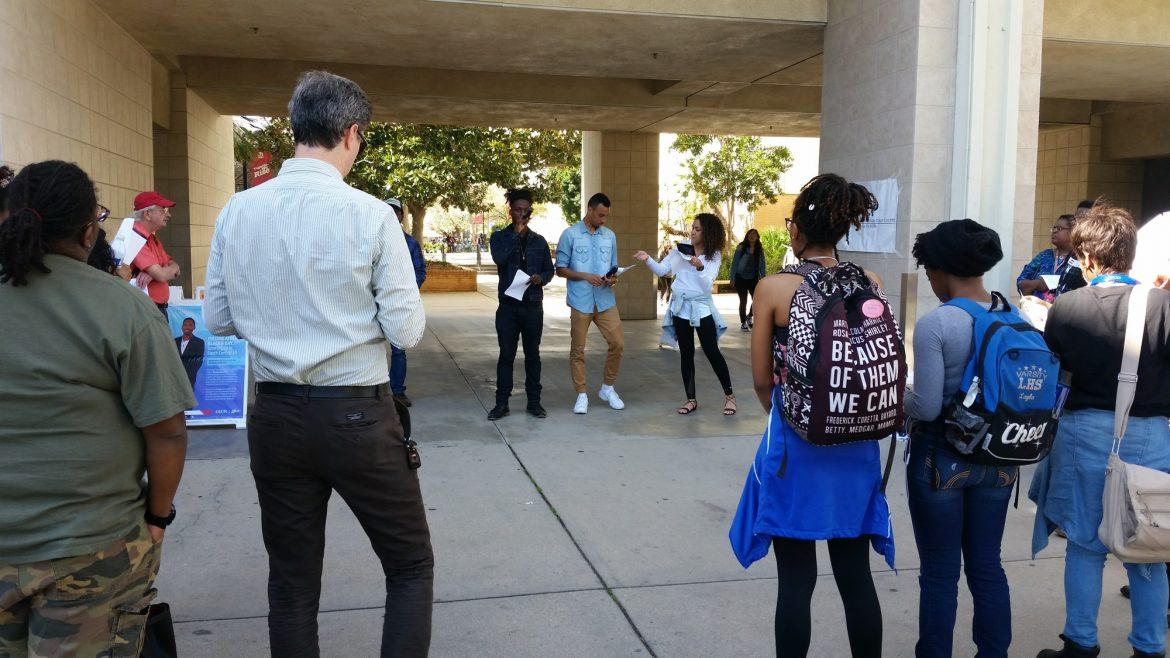 A demonstration in front of Sierra Tower was organized on Thursday to inform people in the community about what is occurring in the nation in regards to the executive orders put in place by President Trump.

The NAACP held the demonstration as a way for people to have a safe space in order to talk about how they feel about the current political climate. The members passed out a flyer stating all the executive orders that would impact the community for the better or for the worse. They mentioned the border wall, approving the pipeline, defeating ISIS and reviewing Wall Street regulations.

“We need to stay aware and informed about what is happening in the community and learn about all these executive orders,” Thomas said. “I’m just nervous about what is going to happen to us in the future.”

The NAACP at CSUN holds meetings that everyone is invited to in order to talk about all about underrepresented issues in the community.

“We sometimes even talk to politicians from the area to help us and hear what are some issues that are worrying the community,” Johns said. “Some people’s way of life will be changed with all these executive orders so we will try our best to include everyone.”

According to Johns, the whole point of the demonstration was to reassure people that there are places where voices are being heard and that others are listening to them.

“Awareness is key in this political climate,” said Sydni Smiley, a 21-year-old Africana Studies major who is an activist. “Some people are being treated as if they aren’t even human.”

The NAACP at CSUN wants to include everyone and make sure their voices are heard.

“We are activists and we want to help people in the community during these hard times,” Johns said.