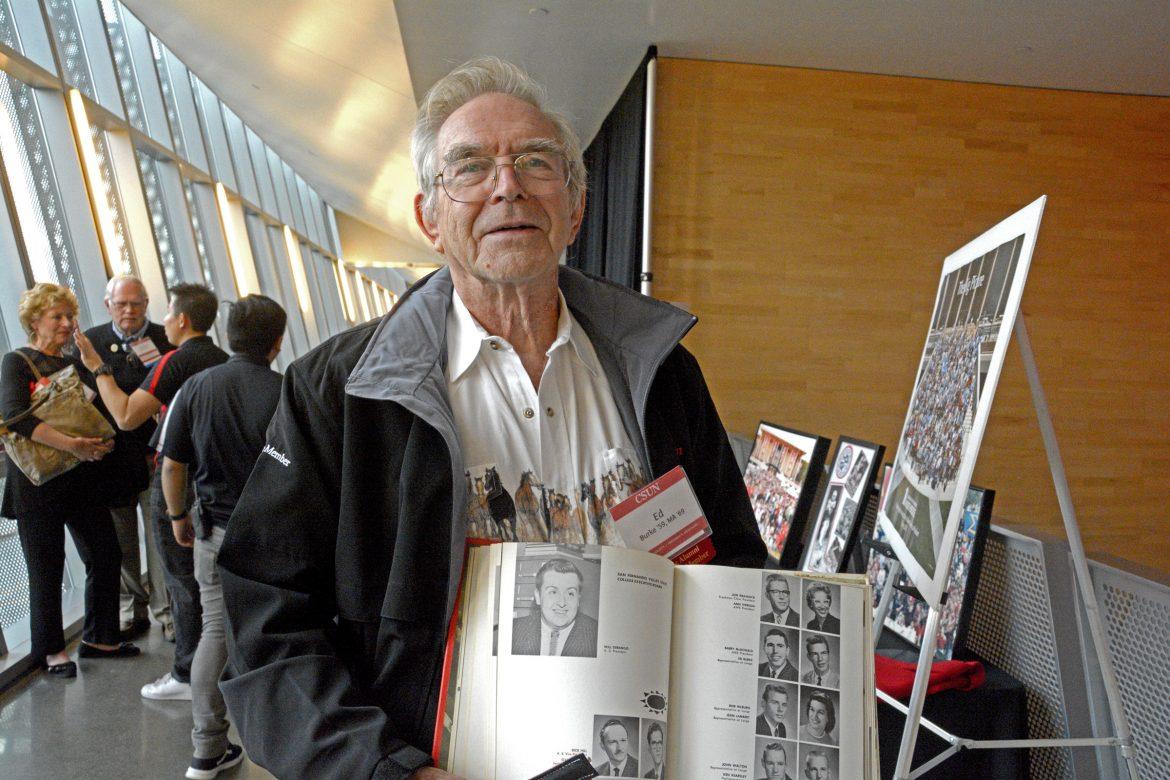 It had been 15 years since CSUN hosted a homecoming event.

When asked why CSUN decided to reignite this tradition, assistant vice president for Alumni Relations, Shelie Hadavina said they were looking for an opportunity to bring our alumni back together and that Homecoming was a great opportunity to do just that.

CSUN students and alumni gathered on Saturday for the homecoming celebration which was organized by the CSUN Alumni Association.

The events ranged from campus tours and open houses that showed the evolution of the campus throughout the years, a race of miniature pinewood cars, a pep-rally before the CSUN vs. UCSB basketball game and live musical entertainment.

This homecoming differs from a high school homecoming, which might be the first thing that comes to one’s mind. Former A.S. president, Jorge Reyes Salinas, said the main difference between the two is that it is not a dance.

“What we’re doing today is bringing back all Matadors alumni from different walks of life back together whether they were faculty, students or staff, just to have a good time and show their Matador pride,” Salinas said.

Alumni were able to come back to the university and look at the changes it has gone through. As guests arrived at the Student Recreation Center (SRC), the hallway leading to the west side of the building held multiple boards with old campus pictures, yearbooks and The Sundial newspaper issues dating back to 1964.

The Red Ring Courts inside the SRC were used to seat guests and enjoy the live music by the band Mesophyll, Gitanos Gypsy Music, and D.J. Hydrate. The entertainment was provided while guests ate an array of foods and walked around the court where tents of different club organizations set up, including, 3wins fitness, META+Lab, American Society of Civil Engineers, and the Marilyn Magaram Center. Greek associations also had a few associates present.

On the east side of the SRC, at the MatArena, guests were able to participate in carnival games, a bouncing house, the Matador Motorway and Showroom presented by the Lincoln Motor Company & Galpin Lincoln, and musical entertainment by D.J. Complex.

“[Alumni and different student groups] bought their cars for 20 dollars and the [money] goes to support the MataCare Fund,” Hadavina said.

This organization helps students who need short-term financial support. The range of activities resulted in a large turnout that the CSUN Alumni aimed for.

“A lot of people seemed happy to reunite with their former classmates as well as former clubs and organizations that they were a part of,” Reyes said.

By 6:30 p.m, guests enjoyed a pep rally and a march to the Matadome led by the Spirit Teams and the Matador Band to the men’s basketball against UCSB. The night ended with the Matadors beating the Gauchos 77-55.