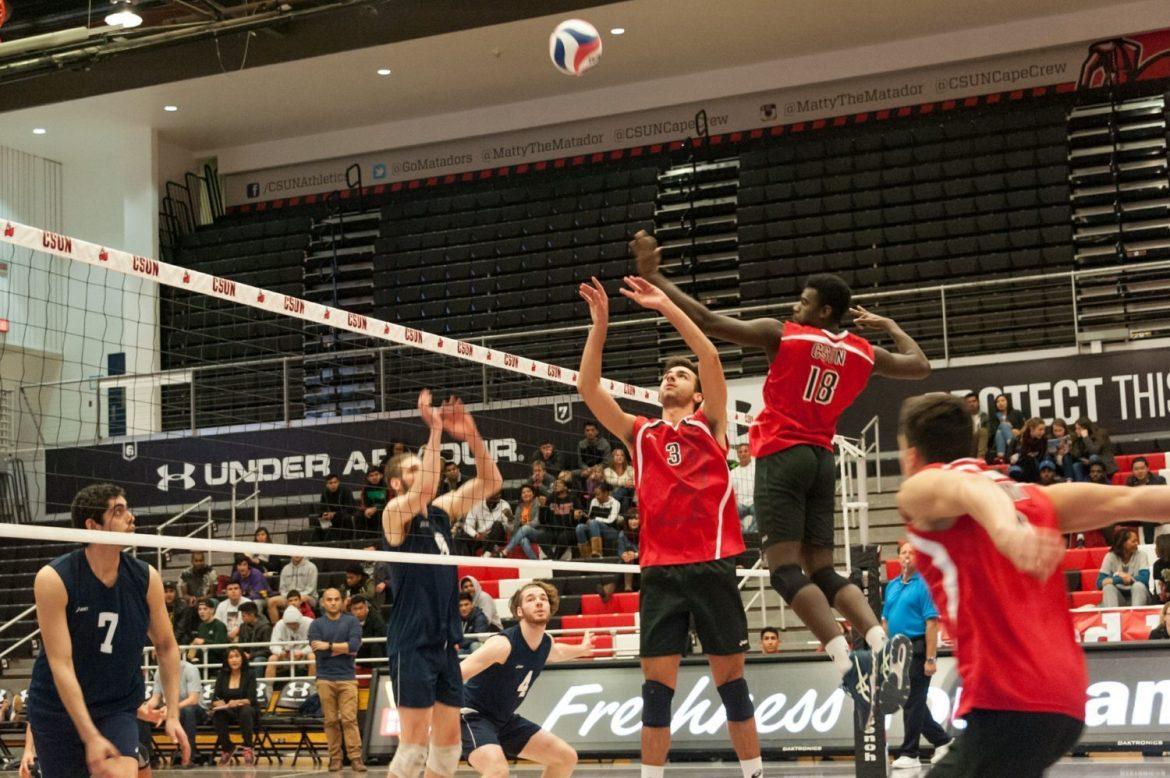 Sophomore, Sam Porter (3), sets up the spike for middle blocker, Josiah Byers (18), over Hope international Friday Night at the Matadome. The Matadors added another victory to their 7-3 record with a three set victory against the Royals. Photo credit: Luis Garcia

Arvis Greene, CSUN’s junior, stole the show with 25 kills and a hitting percentage of .449. Thus far, that is just two kills shy from beating his season high.

UCLA’s Dylan Missry had 21 kills and a hitting percentage of .390, but the Matadors continued to prevail.

It was a kill by Eric Chance, a Matador sophomore, who ended the match. Chance had five kills this game without any errors giving him a hitting percentage of .625.

The Matadors will hit the road again to take on UC Santa Barbara Feb. 17 at 7 p.m.