’13th’ screening to be held in Oviatt Library 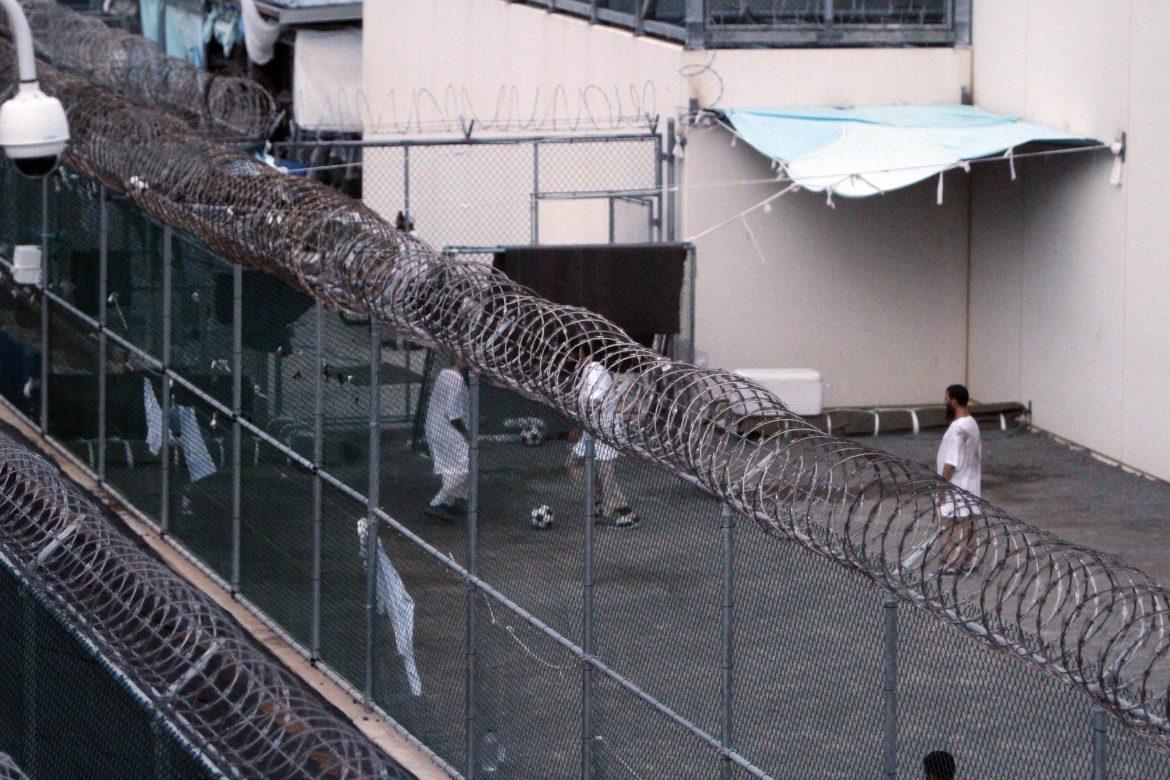 Captives are shown kicking around a soccer ball for exercise in the late afternoon on August 8, 2012, in Guantanamo Bay, Cuba. (Walter Michot/Miami Herald/TNS)

The Center for the Study of the Peoples of the Americas (CESPA) will host a film screening of the Netflix Original Documentary, “13th.” The screening will be followed by a discussion with Black Lives Matter leader, activist and scholar Melina Abdullah.

The event will take place on Wednesday, Feb. 22, from 1:30 p.m. to 4 p.m. in the Ferman presentation Room located in the Oviatt Library.

The documentary, created by Ava DuVernay, is an analysis of the criminalization of African-Americans and the U.S. prison industrial complex. The documentary explores the history of slavery and the 13th Amendment, which the documentary argues helped “turn Black America from slaves into criminals”.

The documentary will expose the students to some of the big messages that the film is trying to convey about racism within the prison system and the criminal justice system, according to Melissa Galvan, a Chicana/o studies professor and the event’s organizer.

Galvan believes since the documentary was made by a renowned director, the screening will speak to student’s lives or topics they’ve learned about in classes.

The professor explained why this documentary is such an important film in the context of the current political climate.

“Knowledge is power—that is how I truly believe that this film will speak to our students. The more we know, the more we can historicize these issues for our students, the more they will know where they have come from,” Galvan said.

Galvan also said that the film helps people contextualize the prison system and how to talk about prison related issues.

CESPA and co-sponsors hope there is a broad student turn out. They hope the current discussion and excitement for this film will result in a high student attendance. Activist Melina Abdullah will also be available to help students process the varying issues and images this film addresses.