Fear of deportation increases within the undocumented CSUN community 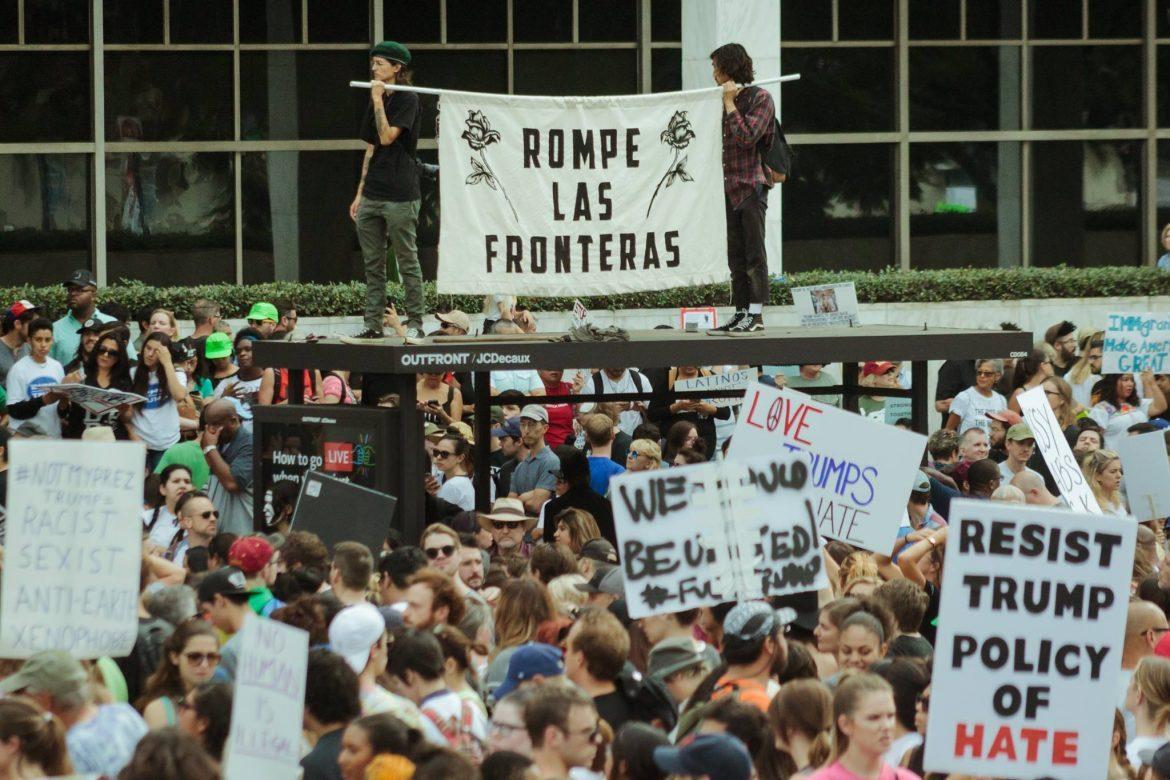 This picture was taken at a protest in Downtown LA on Nov. 12. Photo credit: Luis Garcia

United States immigration and Customs Enforcement (ICE) have been conducting a series of raids across the country including in Southern California.

To raise awareness of the issue, CSUN students filled the Tujunga room in the USU East Conference building on Feb. 16 for a “Know Your Right” workshop, where the CSUN Dream Center provided advice on what students can do to protect themselves and their community during immigration raids.

“It sucks that we’re in this situation but it also gives us courage to look beyond immigration and look at the bigger picture and encourage all of us to have a plan of action,” said Edna Monroy, who conducted the workshop.

Monroy gave students tips on how to act if they were to encounter a raid in their community.

“Know once again that we cannot trust the police, know that ICE is a rogue agency and know that people are being criminalized,” said Monroy, who is also a organizer for California Immigrant Youth Justice Alliance (CIYJA). “This is a perfect opportunity for allies, especially U.S. citizens to step up if they want to do something.”

During the workshop students discussed immigration issues in their communities and how deportations affect them, their family or friends.

“It’s really important for us to know and understand our rights and where we stand in relation to immigration laws,” said Dario Fernandez, a Dream Center coordinator at CSUN.

Fernandez said that it’s important for the Dream Center to provide knowledge on how individuals affected can practice their rights.

The recent crackdown on undocumented criminals is a direct result of President Donald Trump’s campaign promise, according to a Los Angeles Times article. However, uncertainty rises for more than 11 million people living in the country undocumented. Current operations are targeting more immigrants without criminal records.

The ICE operations gained national attention when Guadalupe Garcia de Rayos, a mother from Phoenix, AZ, was detained after her yearly check in with ICE. Garcia was seized in 2008 for using a fake social security number but was allowed to stay in the country if she voluntarily reported to ICE. She was deported back to Mexico this year.

Garcia is one of the first individuals to be removed from the U.S. due to the president’s plan to regulate illegal immigration.

On Twitter, Trump wrote, “The crackdown on illegal criminals is merely the keeping of my campaign promise. Gang members, drug dealers & others are being removed!”

As of last week, reports of raids in 55 SoCal communities began circulating including in Santa Paula, Oxnard, Van Nuys, Downey and San Bernardino. U.S. ICE officials confirmed that more than 160 individuals were arrested in SoCal over the last few weeks.

In addition, more than 600 people have been detained across the country in Los Angeles, Chicago, Atlanta, San Antonio, and New York City. According to a statement by Homeland Security, these arrests are consistent with ICE routine and 75 percent of individuals posed a threat to public safety.

Virginia Kice, a spokesperson for ICE said, “Our operations are targeted and lead driven, prioritizing individuals who pose a risk to our communities. Examples would include known street gang members, child sex offenders, and deportable foreign nationals with significant drug trafficking convictions,” according to a statement in the L.A. Times article.

According to the article, more than eight million people could be subjected to deportation, which means a larger group that is more than just criminals.

For more resources students can visit the csun.edu/eop/dreamcenter