CSUN students share how the travel ban has affected them 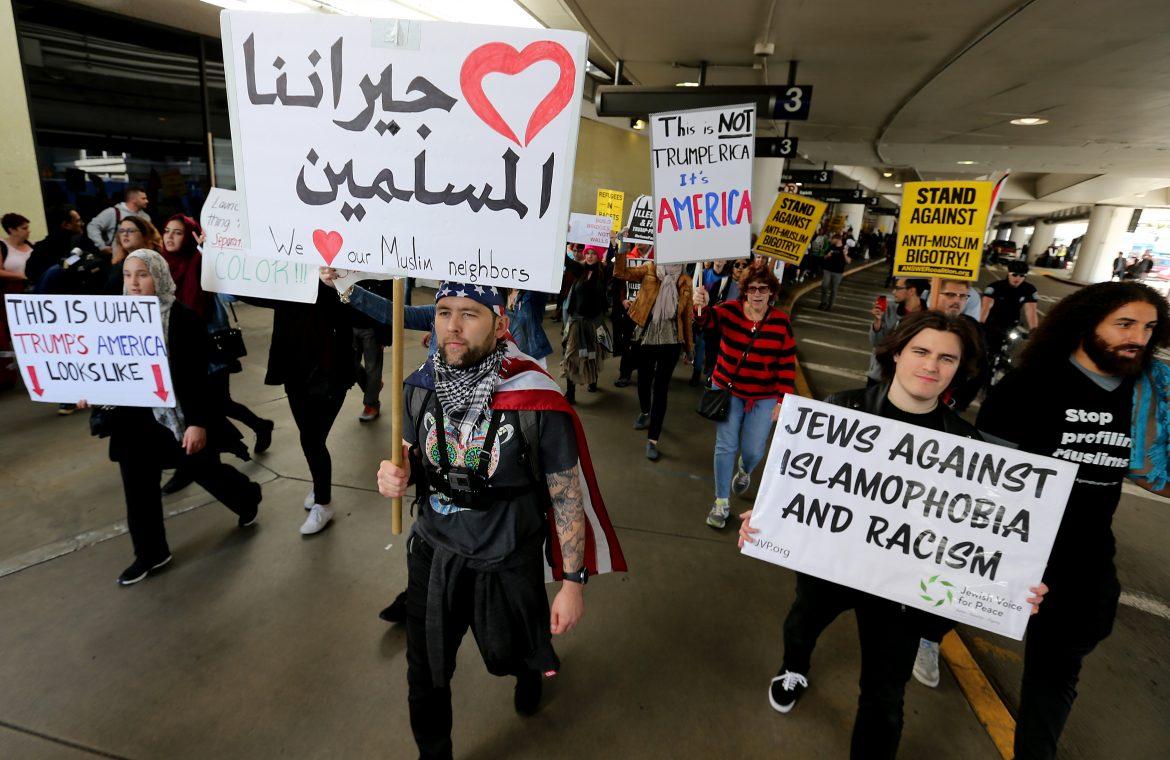 When something becomes as controversial as the recent travel ban, targeted towards seven Muslim-majority countries in the Middle East, it’s difficult to remember exactly where the idea began and where the rhetoric took over.

When President Donald Trump issued the executive order last month barring travel from Iran, Iraq, Libya, Somalia, Sudan, Syria, and Yemen, many Americans took it as a fulfillment of his preliminary campaign promise. Spontaneous protests erupted when a federal judge blocked part of the travel ban, and the order found itself in a losing legal battle.

Even after weeks of bitter controversy, parts of the ban remain in place, and students on campus from the banned countries remain affected.

One such student is Seyed Sajjadi, a computer engineering major from Iran who has found the order impacting his career.

“I do lots of researching in artificial intelligence and machine learning, and the most recent publication is going to be in a conference in London,” Sajjadi said. “It was my first paper that I was the first author on it so it was a really big deal for me. The math department was going to actually sponsor me to make the trip to London on Sept. 7 [and] 8, and then once this happened, I was told by international affairs and the provost to not make the trip and not leave the country, so now I am not going to be able to present two years of my research.”

Sajjadi originally left Iran to pursue educational opportunities abroad at the suggestion of his father, and after living in Canada, Malaysia, and Australia, came to the United States in 2012.

“My dad figured out that I was spending more time in research centers than in school, and he knew that in my country, school is more theory-based rather than research-based,” Sajjadi said. “So he wanted me to get a more research-based higher education, and then that’s why he told me and encouraged me to leave the country.”

Since leaving Iran, Sajjadi has worked at Caltech’s Center for Advanced Methods in Biological Image Analysis, as well as with Electronic Arts, but because of a slow response from U.S. immigration services, his job at E.A. may be at risk.

“It wasn’t easy even before all of these executive orders,” Sajjadi said citing the higher tuition rates that Iranian students pay and the sanctions that already existed.

Farhad Khorasani, president of CSUN’s Iranian Student Association, said that the travel ban has had consequences for the entire Iranian community on campus.

“I think as a community, as a whole, it is affecting all of us, it is affecting families, tearing apart families, relatives, friends,” Khorasani said. “Even if your passport doesn’t say that you are from Iran, you have friends, family, and relatives that were affected by the ban.”

Khorasani said that many international students from Iran are finding themselves unable to travel outside of the country.

“I think what the situation has caused is that a lot of people are stuck in the U.S., because the ones that are already here, they have valid visas or even if they are permanent residents there is uncertainty, because they are not sure if they leave the U.S., would they be able to come back or not,” Khorasani said. “So this situation has caused them to just stay in the U.S.”

Sajjadi said that his family, who has been worried about him, asked him if he wanted to return to Iran.