Five tips to get through college faster 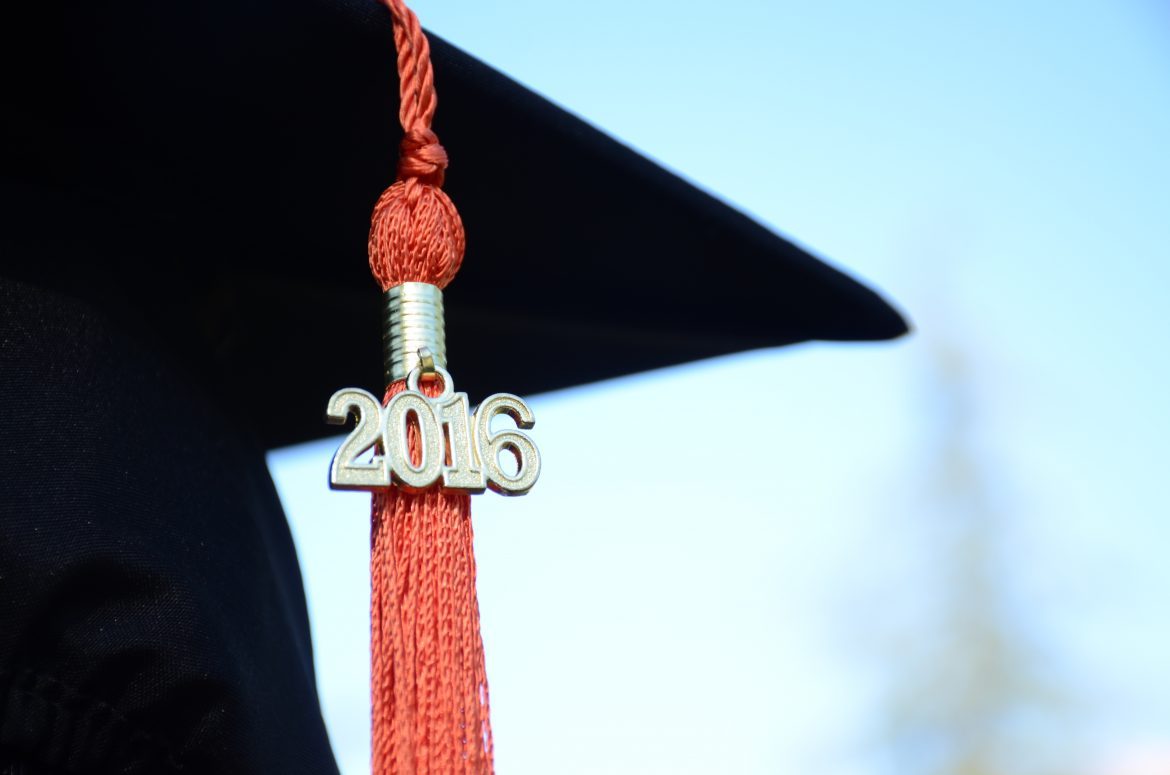 A CSUN graduate wears his 2016 graduation tassle on his cap before the commencement ceremony on Sunday, May 22.

If over-achieving in school was a sport, I would have been a decathlete. From kindergarten through high school, I jumped at every opportunity to excel, taking as many honors courses as I could. As a result of all this studiousness, I graduated a semester early from high school in 1999. Naturally, one would expect that I finish college at 21 and be deep into my professional career. Right? Wrong.

I just graduated in December, 15 years after I started college.

Over the last 20 years, more than 31 million students nationwide started college but never earned a degree. I almost became one of them.

So, why did it take me so long to graduate?

Well, ironically, my ambition became a stumbling block to graduation. Four years into school, in what I thought would be my last year, I realized I could graduate more quickly by taking more than the standard load. Although, as a member of the Army’s National Guard, I received full tuition through a military program, trying to cover living expenses and study for so many classes was overwhelming. My grades suffered, I failed a required class and I was burnt out. I decided to take a break from school and get a job, but still intended to return to complete that last course.

However, life took over. The importance of finishing my degree diminished as I found steady work, first as an administrative assistant and then as a realtor in Atlanta.

It took about a decade for my ambition, which initially caused me to take too many classes, to kick back in and help me move forward to complete my education. In 2014, I reenlisted with the Army National Guard and learned that I was again eligible for tuition assistance through the military, this time to help pay for graduate school. I had not yet finished college, but I knew I wanted to go to graduate school. And so I returned, more than a decade after dropping out.

While I’m proud to be the first in my family to receive a college degree, taking so long to graduate caused problems. After such a long hiatus, it was difficult to adjust my daily routine and work schedule and to reprogram my mindset to an academic environment. If I had graduated on schedule in 2005 and headed right to graduate school, I might have received more lucrative job opportunities. By this time in my life, I might have been established in a well-paying career, with my college debts behind me.

So, in hindsight here’s what I think students should do to graduate on time with the least amount of debt:

Choose wisely. With the plethora of course, program and degree choices available, students need to be diligent in selecting a curriculum and an institution that best suits their desires, abilities, and time and financial constraints. Make use of advising systems.Avoid multiple school transfers and only take required courses. Use all available advising resources to map out a plan of the EXACT courses needed to fulfill the degree requirements, and plan school transfers carefully to ensure as many credits transfer over as possible.Take a fuller (but not too full) course load. Ree’shemah Thornton, interim assistant vice president at San Francisco State University, encourages students to take a minimum of 15 units per semester as one way of helping to increase the on-time graduation rate. But be careful not to fall into the trap I did, of over-enrolling in classes.Prioritize school over work. While paying bills and earning income is important, don’t let it supplant educational goals. Data in “Completing College: A National View of Student Attainment Rates,” a report by the nonprofit National Student Clearinghouse Research Center, illustrates that degree completion rates (for two, four and six years) are highly affected by “enrollment intensity.” Most students who only attend part-time are less likely to graduate on time or at all.Consider the cheapest option first. A report by the nonprofit College Board, “Trends in College Pricing 2016,” shows a median price of nearly $10,000 per year for a public four-year institution, so there’s a financial incentive for students to attend more economically priced community colleges, especially in California. The Golden State has the lowest annual cost in the nation for two-year institutions at $1,430, despite a 20 percent tuition fee increase over the past five years.

This story was produced by The Hechinger Report, a nonprofit, independent news organization focused on inequality and innovation in education.