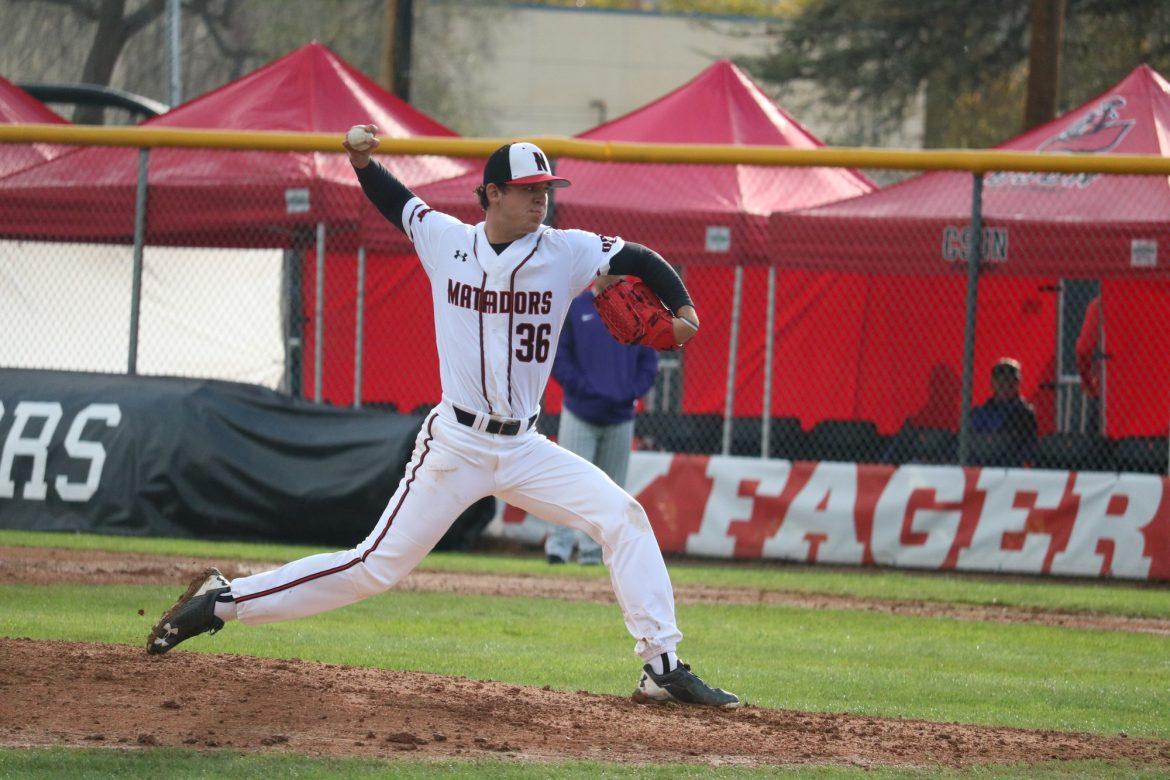 Thanks to five runs in the sixth inning and a great outing by junior starting pitcher Andrew Weston, the CSUN baseball team opened up the season with a 6-0 win over the Portland State Pilots.

In his first game for CSUN, Junior Kevin Riley lead the Matadors offense with a home run, two doubles and three RBI’s.

“I was just looking to go up the middle,” Riley said when talking about his plan of attack. “They were throwing mostly fast balls, so I just attacked the fast ball.”

Weston got off to a strong start, retiring nine of the first 11 batters, allowing only one single in the first three innings.

However, the Matadors wasted three hits of their own by not being able to bring runners in.

In the fourth, Weston got into a little trouble when Portland managed to get a runner on second base. Portland’s first baseman, Kevin Wade, hit a long fly ball to center field but Justin Toerner managed to chase it down and make a running catch to save the run.

“He started out excited, opening day you could see the ball flattening out a bit,” said head coach Greg Moore. “As he got going he slowed down and the ball started to turn over. He did what [Weston] does.”

In the bottom of the fourth, Riley hit a hard line drive to left field, which went over the fence for the first home run of the game and season to give the Matadors a 1-0 lead.

The Matadors knocked freshman starting pitcher Grady Miller out of the game after back to back hits, to open up the bottom of the sixth. Riley then hit a double that hit off the third baseman to score Fred Smith and give the Matadors a 2-0 lead.

Right fielder Nick Sablock, a junior, then came up with the bases loaded and hit a ground ball single to score junior left fielder Riley Conlan.

After a wild pitch which scored another run, senior catcher Dylan Alexander, hit a line drive to center field to score both men on base and give the Matadors a 6-0 lead.

Weston kept the Pilots’ bats quiet only allowing three hits while striking out seven and only walking two batters in his eight innings.

“I just wanted to try and get ahead early and get them to put the ball in play,” Weston said. “I wanted to get them to hit ground balls today, they are momentum killers and they put some balls in play that my defense handled well.”

Senior relief pitcher Drake Atlee, came in the ninth inning and closed out the game, allowing a hit and getting a strikeout to give the Matadors their first win of the season.

The opening series continues with a double header today with CSUN against Portland State. The first game of two will start at 9 a.m. with the second game being played approximately 30 minutes after the first game finishes.