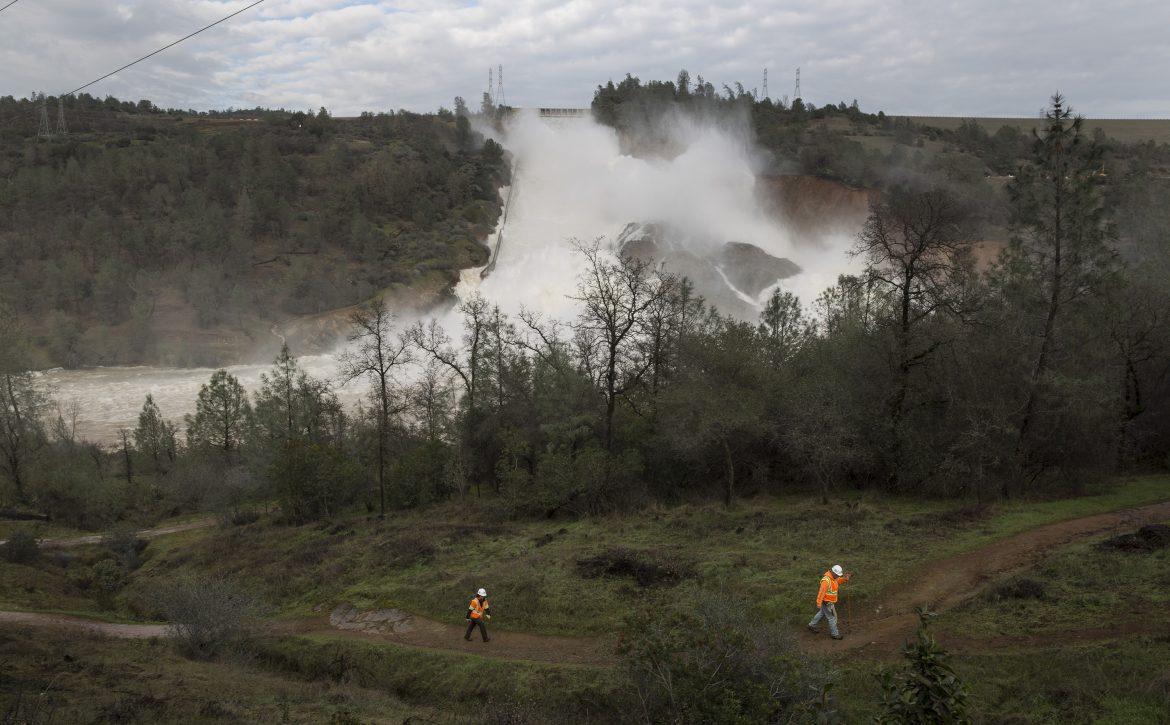 With California having its most rainy winter in years, residents have relied on emergency spillways and other precautions for the past two weeks.

The night of Feb. 11, the Oroville dam filled with rain and its emergency spillway was used for the first time. The dam’s emergency spillway, however, collapsed. The residents of Oroville and surrounding towns downstream were ordered to evacuate immediately.

CSUN professor of hydrogeology Ali Tabidian said this is one of the major issues with global warming, which is causing such extreme weather. When it comes to floods, Tabidian said, they’re going to be bigger and more frequent.

He also said dams and levees are based on years of data. So engineers do their best to take this information into account when they’re designing precautions. However, the type of rain and climate happening now is not in the data from the past because of global warming.

“A lot of flood control projects, these are based on old data,” Tabidian said.

Not only is global warming an issue, but urbanization is as well. According to Tabidian, with urbanization there is an increase of asphalt and a decrease in soil. Therefore, when it rains, there’s not as much soil to absorb it. All the extra water will flow into lakes and rivers.

“With so many homes and shopping centers, it’s unbelievable and going to generate more runoff and bigger floods,” Tabidian said.

CSUN professor of geological sciences Doug Yule says the issue in Oroville can be avoided if the main spillway, which is farther away from the reservoir, can still perform in cases when there’s too much water. However, with emergency precautions, they can only be really tested when there’s an emergency.

“The most dangerous problem, the one with potential collapse of the emergency spillway, can be avoided if the main spillway is used to release water at the same rate that rivers deliver water into the reservoir,” Yule said.

The evacuation of Oroville and surrounding towns was lifted due to the water levels of potential failure decreasing. Nevertheless, northern California is expecting storms the next few days.

According to Yule, since engineers noticed the damage to the emergency spillway early on, they were able to tackle the problem and the public shouldn’t worry since the evacuation was lifted.

“The trouble is that no one can know how the infrastructure will perform until those rare events happen,” Yule said. “This winter is on track to test flood control and water storage across the state. Stay tuned.”

CSUN junior Alec Riley said he’s worried about the condition of his hometown, Yuba City, which is downstream from Oroville. However, the 22-year-old said similar situations have happened there before, specifically when he was a child.

Additionally, his family in Yuba City is prepared to evacuate if they’re warned of flooding.

“Both my parents and grandparents are packed and in constant anticipation in case they are confronted with possible flooding,” Riley said. “I have had several close friends evacuate with their close families though, and they all evacuated the night of Feb. 12th towards the Sacramento area.”