Bernie Sanders and ‘Our Revolution’ 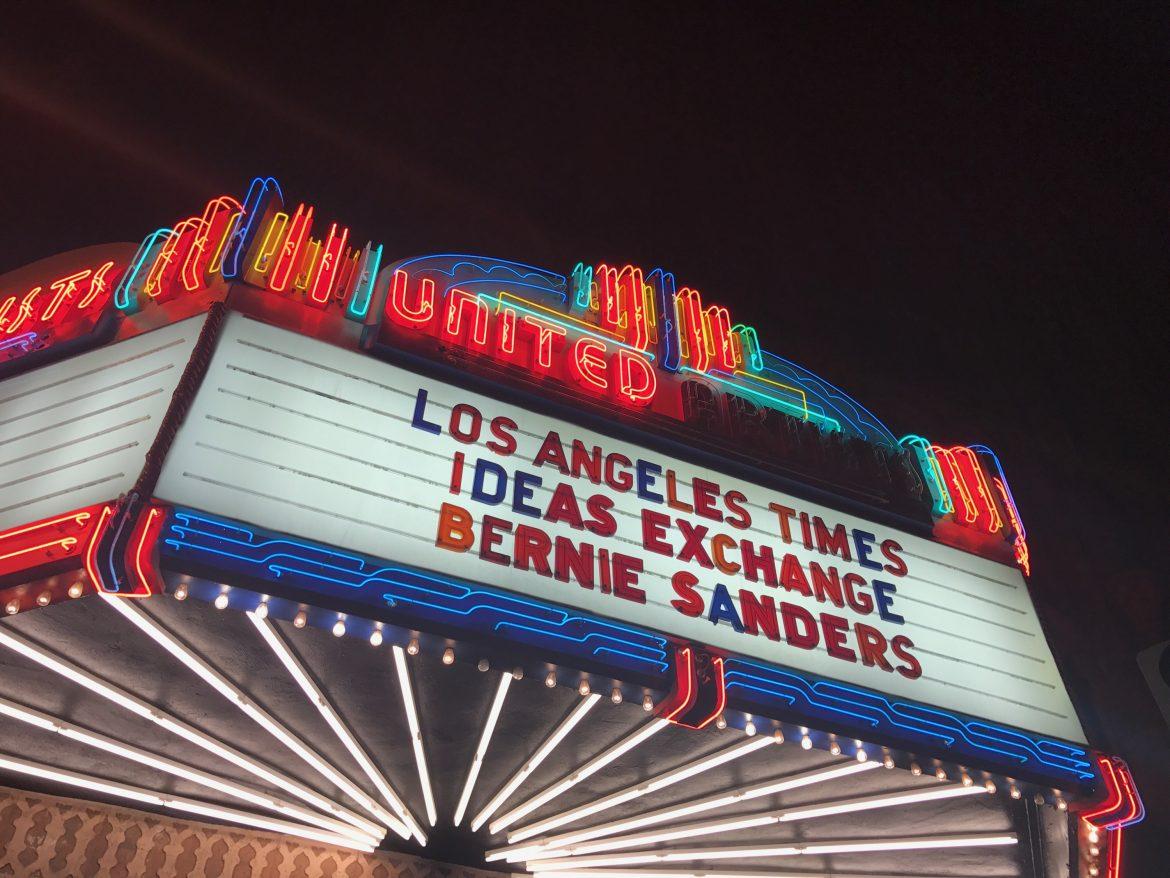 Signage for Bernie Sanders' talk at The Theater at the Ace Hotel on Sunday. Photo credit: Jessica Herrera

Bernie Sanders supporters gathered at a sold out event at The Theater at Ace Hotel in Downtown Los Angeles Sunday night to listen to the Vermont senator speak about issues in America and his new book “Our Revolution: A Future to Believe In.”

Sanders’ book, which was published three months ago, focuses on his personal experiences during his campaign trail and outlines an agenda that he said will improve our country and the world.

“When we stand together, not only can we effectively turn back Trump’s right-wing agenda, we can advance a progressive agenda,” Sanders said.

Camila Victoriano, a 23-year-old from Los Angeles said, “I’m interested in hearing his story more because I was a huge fan of his during the election, but I would like to know more details about how he came to be the type of person that he is.”

In his book, Sanders talks about his times involved with the Congress of Racial Equality at the University of Chicago in the early 1960s.

Montenegro said it was a new experience to see Bernie in person. “He kept it real with people and actually connected with common people,” he said. “That’s why we’re still talking about Bernie and will continue to, it was that kind of inspiration that made the everyday person think they can make a change for the better.”

Jose Lopez, a 23-year-old barista from Van Nuys was happy that Sanders spoke about voter suppression after gaining more interest in the topic from watching the 2016 documentary “The Best Democracy Money Can By” directed by Greg Palast.

“I really appreciate that [Sanders] covered voter suppression, which I feel isn’t always covered in mainstream environments as often as it should be,” said Lopez.