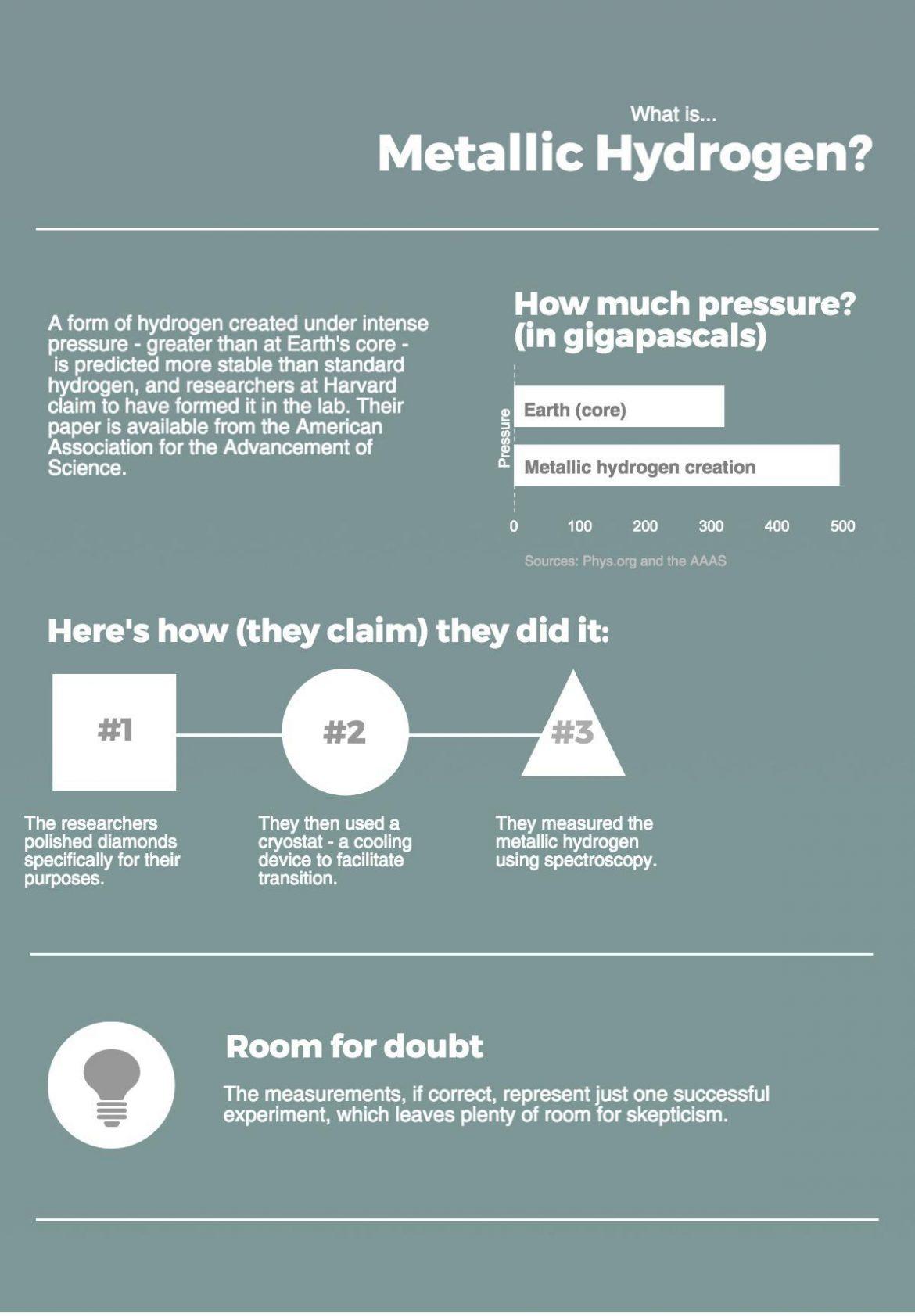 This illustration breaks down what metallic hydrogen is. Photo credit: Nathan Hickling

Metallic hydrogen, a phase of the element hydrogen long thought to exist in Jupiter’s core, might have been recreated in an Earth lab, according to researchers at Harvard University.

The researchers, Ranga Dias and Isaac Silvera, claim they were able to produce Jupiter-like pressures in the lab, which combined with a specially made diamond anvil cell, recreated metallic hydrogen. The paper, entitled “Observation of the Wigner-Huntington transition to metallic hydrogen,” can be obtained from the American Association for the Advancement of Science.

The pressure in the lab required to create the phase was greater than 490 gigapascals, according to the paper, a pressure greater than that in the core of the Earth. Scientists have long hypothesized that liquid metallic hydrogen exists deep within Jupiter, but have never been able to produce the phase.

Metallic hydrogen has a wide range of predicted applications, which includes superconductivity, making it a potentially efficient way to deliver electricity. Dias and Silvera state in their paper that they predict metallic hydrogen would be stable at room temperature, and that once it is created it will stay in that form.

Diamond, which is one of the hardest materials available to scientists, is not indestructible, and previously it was diamond failure which was the “principal limitation for achieving the required pressures to observe SMH,” according to the paper. To get around this, Dias and Silvera subjected their diamonds to special processes to reduce the possibility of failure.

If created again, the paper will serve as a new guide for other scientists looking to create metallic hydrogen, and might lead to practical applications for the phase outside of the laboratory.