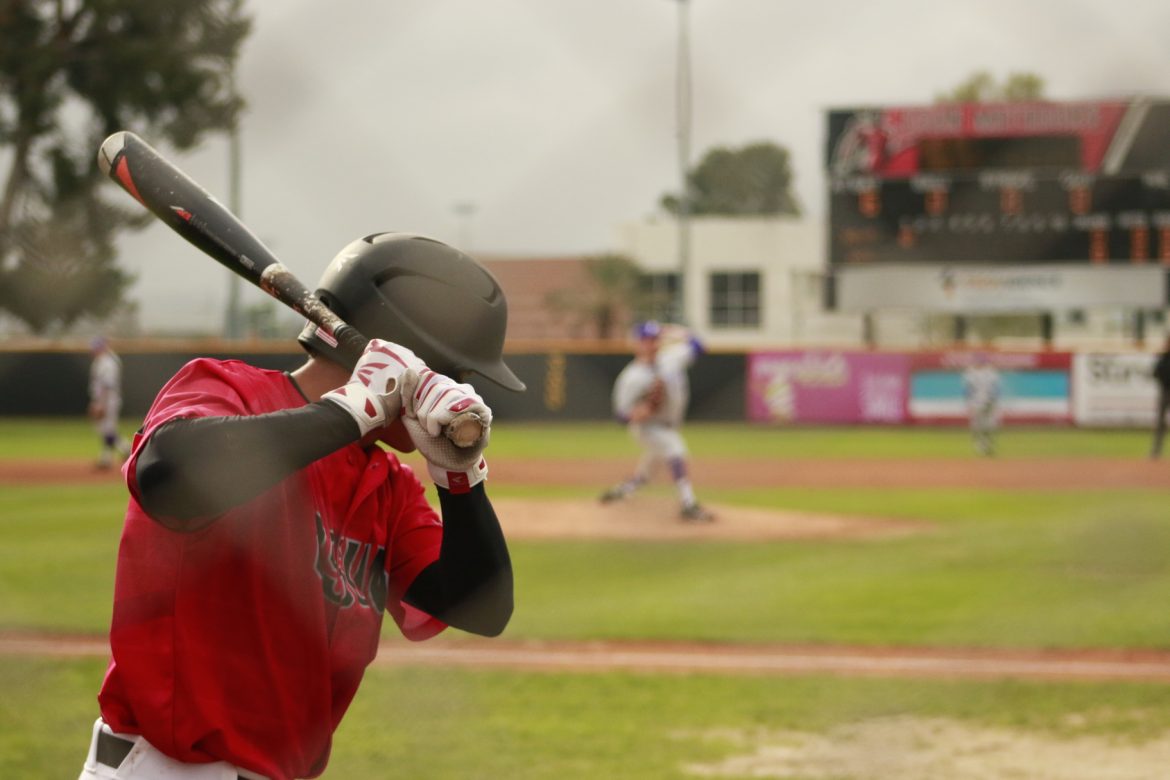 Center Fielder Elias Orona prepares to take the plate in the first game of a double header against the University of Portland. Photo Credit: Nate Graham/The Sundial

CSUN baseball came back from an early five run deficit to lead big in a game postponed due to darkness at Pepperdine.

The Matadors have the lead thanks to two, two run home runs and a great collective effort by their bullpen,who as a team, has allowed only one run in 6.1 innings.

However, the game did not start as the Matadors planned. Pepperdine took an early lead in a big first inning where they scored six runs, which was capped off by third baseman Brandt Belk’s three run home run.

The Matadors still managed to chip at the lead inning by inning. By the fifth, junior right fielder Nick Sablock hit a two run home run, his first of the season, and put them within one run down 7-6.

With the runners on first and second for the Matadors in the sixth inning, junior first baseman Kevin Riley hit a single and drove in junior Justin Toerner to tie up the game. Then junior Elias Orona came up and excecuted the squeeze play, which scored junior Riley Conlan to take the lead 8-7.

In the seventh inning the Matadors took control of the game by scoring four more runs thanks to a two run home run by Conlan, and put them up 12- 7.

The game was paused at the bottom of the seventh due to darkness and it will resume when Pepperdine visits the Matadors on April 4.

The Matadors return home and host Towson University for a four game series which starts on Feb 24.