‘Diary of a Reluctant Dreamer’ author discusses issues of being undocumented 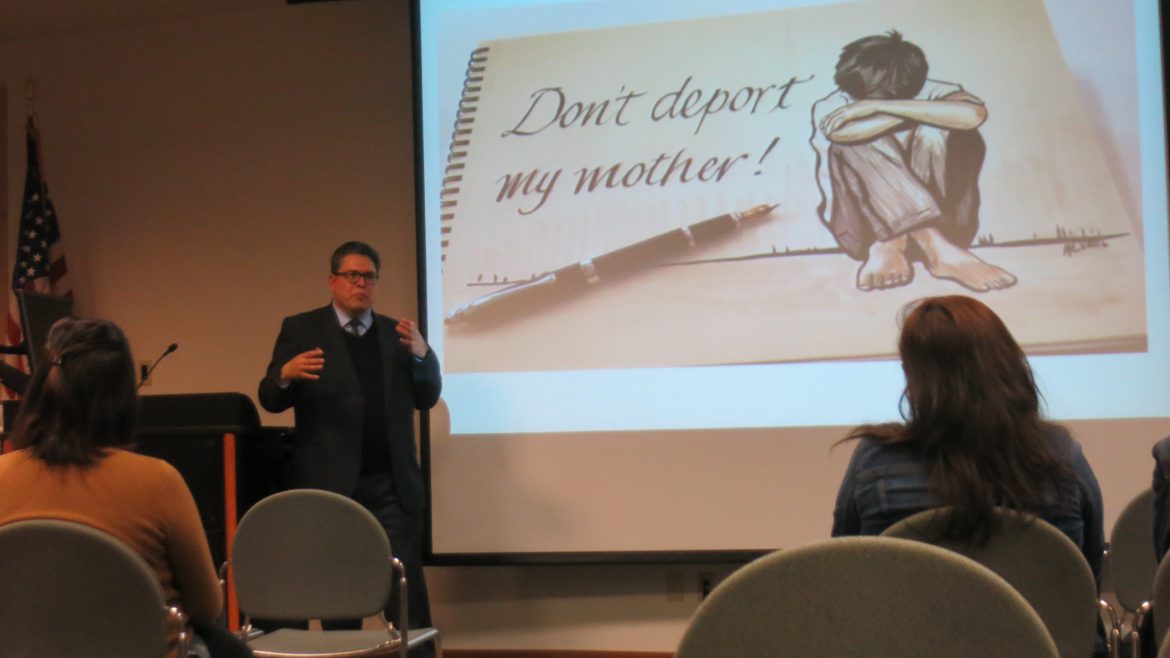 UC Berkeley professor and author of “Diary of a Reluctant Dreamer” Alberto Ledesma, visited CSUN Tuesday to speak to students about his graphic memoir and what it means to overcome issues as an undocumented Latino.

Ledesma said the book was created in order to create a dialogue for what it means to be undocumented. He also said he didn’t think the book was going to be published because it was more of a therapy for himself.

“I am not here [not] to try to sway people’s opinions, but rather to tell my story of someone who was once undocumented,” Ledesma said. “The perspective of being undocumented usually goes unheard which is why I wanted to write this book.”

Ledesma was born in Jalisco, Mex., and moved to the U.S. when he was six-years-old.

His family’s trip to the U.S. was originally supposed to be a visit, but they ended up staying for permanently. Since then, he has not returned to Jalisco.

“I always dreamed of normalcy,” Ledesma said. “I grew up with fear. We always lived with the fear of being caught. One wrong step could endanger the whole family.”

Ledesma gained amnesty through the Immigration Reform and Control Act (IRCA), legislation that granted amnesty to undocumented residents who entered the U.S. before 1986.

Ledesma said without the possibility of being deported, he could have achieved more.

“I went from being a B student to an A student because the stress of being deported was no longer something I had to worry about,” Ledesma said. “I’m sure that a lot of undocumented students can relate to this issue.”

Ledesma compared himself to Cantinflas, a famous Mexican comic and actor, who often portrayed an impoverished peasant.

“Even now, years after amnesty, I get all tongue tied talking about my past,” Ledesma said. “I become that immigrant Cantinflas twisting words and phrases.”

“A lot of stories are mediated by people in power,” Ledesma said. “Undocumented people are often criminalized in the media which is why this book to depicts something different.”

He said his book is full of illustrations because people tend to pay more attention.

“My work is honest and raw,” Ledesma said. “Visual images translate much more effectively than words.”

Melissa Ramos, Chicana/o Studies major, attended the event and explained that this book is relevant to many people.

“This book is very much [relevant] to our society today,” Ramos said. “Being undocumented is seen as something awful and with everything that’s been going on this book could possibly help many change their attitudes towards the topic.”

Jonathan Nava, a sociology major, said he attended the event for extra credit, but ended up learning a lot.

“I’m really glad I was able to hear him talk about his story,” Nava said. “Being undocumented is often seen as a taboo. We often don’t talk about it and therefore don’t seek out resources that could be beneficial.”