No. 11 CSUN defeated by USC 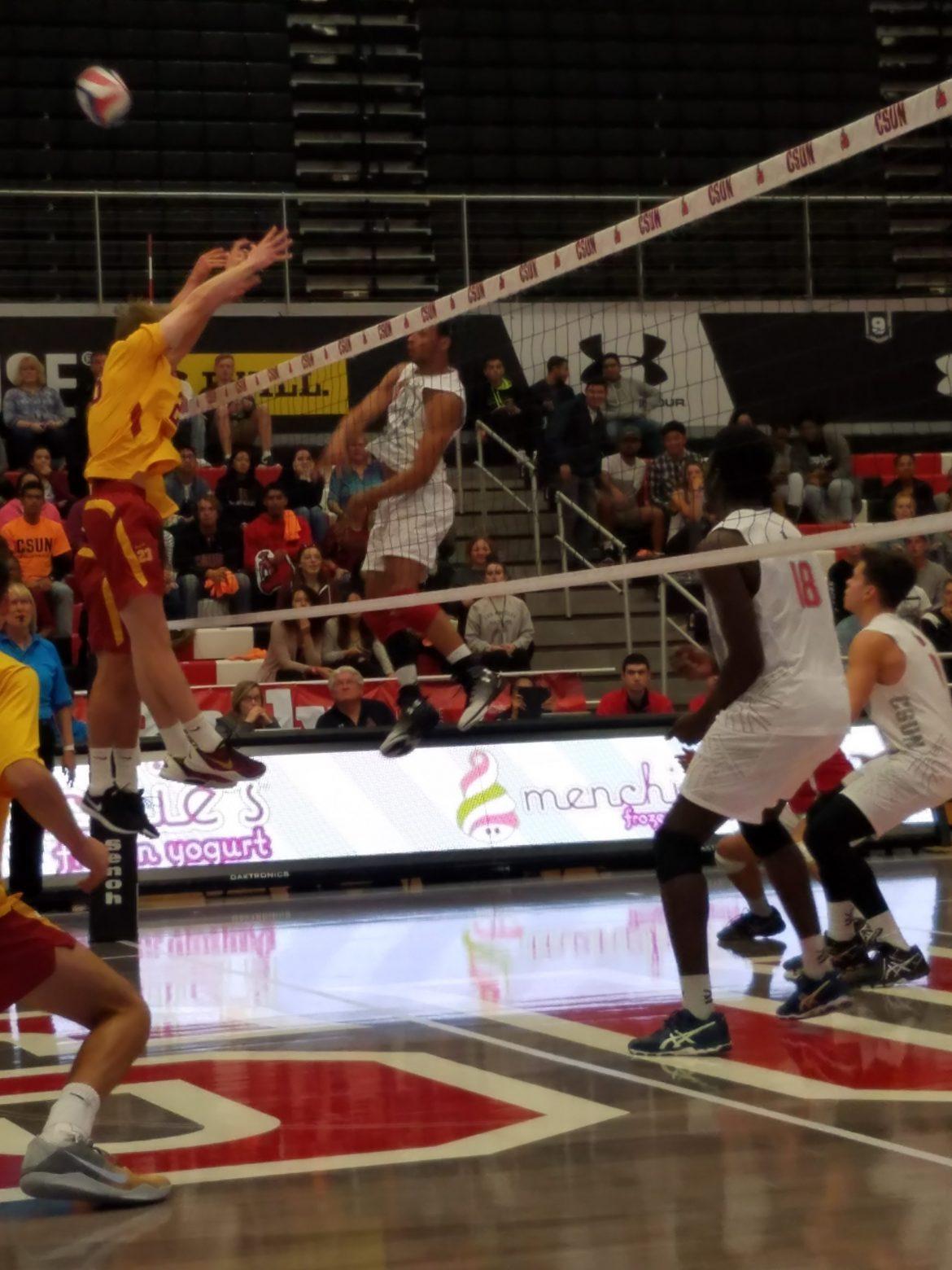 The No. 11 CSUN men’s volleyball team fought a good game Wednesday night against No. 14 USC, but could not come away with the win during the fifth set.

USC had a hitting percent of .274 while the Matadors had a .254 hitting percent. Junior Arvis Greene came away with 25 kills and four digs. Sophomore Dimitar Kalchev had 16 kills, along with six service aces.

The Matadors began the match with neck and neck scoring trailing the Trojans by two points. It was not until Josiah Byers hit a service ace that the scores became 21-22, but that was not enough to hold them off. USC came back to close the first quarter with two back to back kills from Lucas Yoder and Andy Benesh.

CSUN took the lead during the third set with an outstanding save by CJ Suarez, followed by a dig by Porter and a kill by Greene. Kalchev started the set out strong with three solid kills and two service aces.

“We changed the lineup during the third set,” said CSUN head coach Jeff Campbell. “We put Porter in and Maki, and they changed the game.”

The Trojans did not pose a threat until the match point, where they made it tough on the Matadors, but nevertheless CSUN came away with a score of 18-25.

CSUN continued their momentum into the fourth set with a comeback service ace from Kalchev, and a nasty kill by Greene to increase their lead by three. The Matadors came away with a second set victory 22-25.

“We were able to side up right away, make serves and pass well,” Greene said.

Shortly into the final set, however, CSUN began to lose traction and could not hold on to their lead. It was a kill by Yoder followed by an attack error by Greene that gave the Trojans their victory 15-10.

“SC made some big plays in the fifth set when they needed to,” Campbell said.

The Matadors will look to redeem themselves at home against Cal Baptist Feb. 24 at 7 p.m.