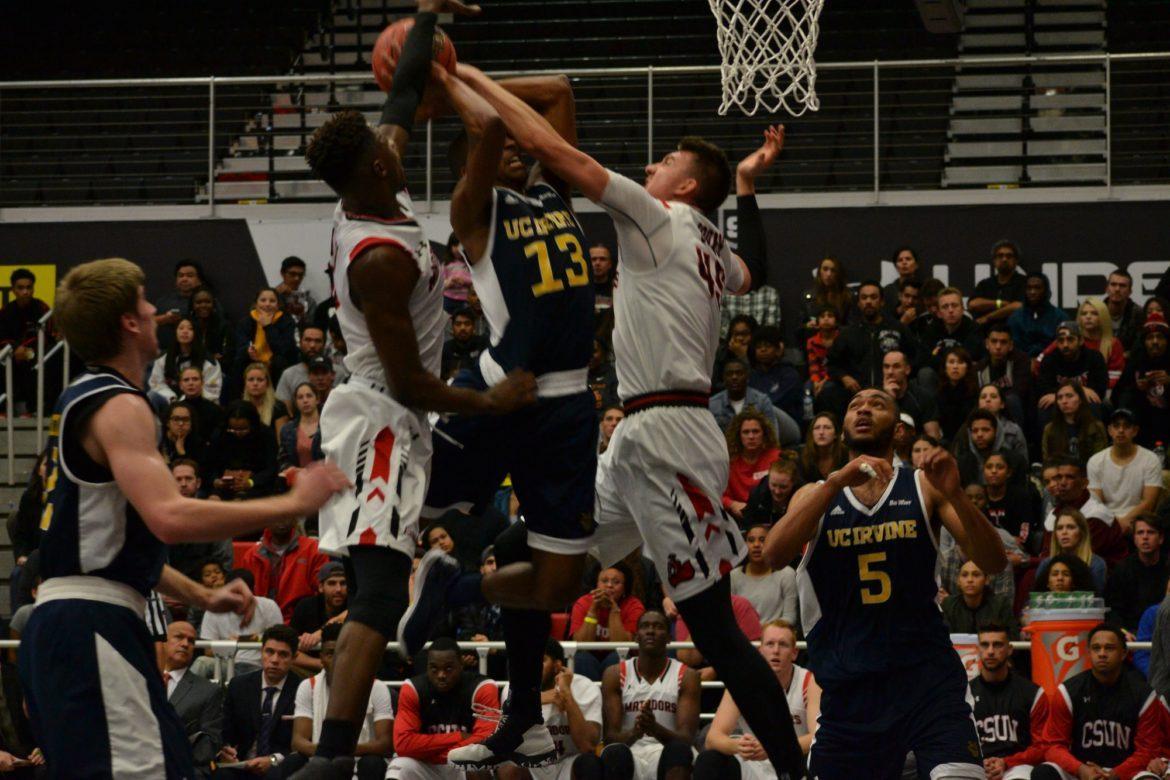 Darin Johnson scored 24 points and Michael Warren added 14 of his own, but the Matadors were still unable to overcome a poor defensive effort in the first half and fell to the UC Davis Aggies with a final score of 96-85.

CSUN kept the game close until the midpoint of the first half when Kendall Smith’s layup cut UC Davis’ lead to 17-13. That would be the closest the Matadors would get for the remainder of the game.

The Aggies put on an offensive show in the opening half, finishing shooting 72 percent from the field, including a remarkable 10-12 (83 percent) from three point range. By the time the explosion of points was over, the Matadors trailed 56-38 at the half.

Darin Johnson kept the Matadors competitive in the second half, scoring 17 of his 24 points in the frame. CSUN was able to cut the UC Davis lead to 12 with 8:32 left in the game, but another Aggie run of three pointers put the game away.

The loss is the second of back-to-back defeats for the Matadors. They will look to build momentum heading into the Big West tournament as they face UC Irvine on Saturday at 7:30 p.m.