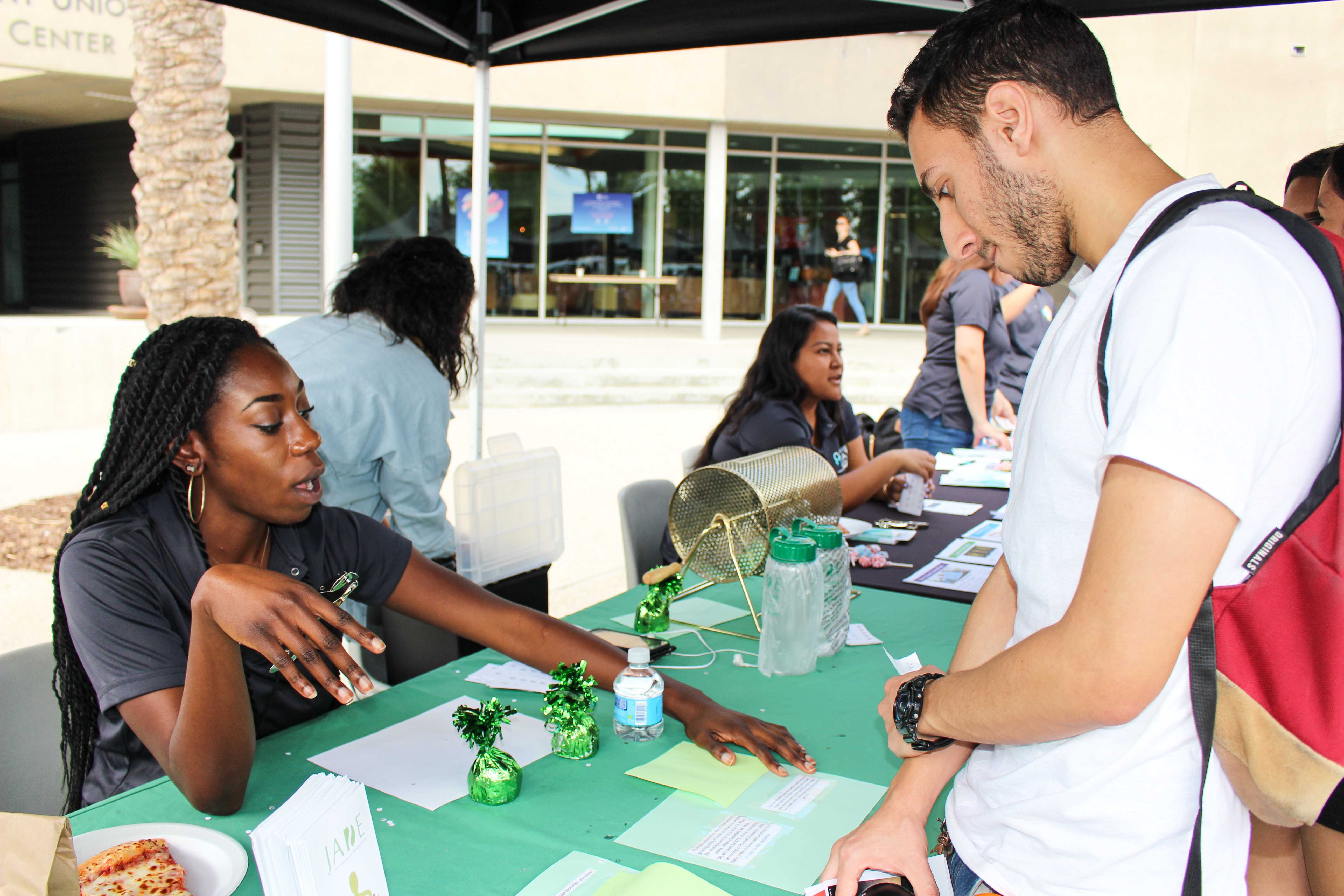 JADE member Jenefer Anumba educates Junior Aria Fraz about the program and how to spread awareness on eating disorders. (Glory Cruz/ The Sundial)

According to licensed marriage and family therapist Meg Stradley, about nine million Americans have an eating disorder. The numbers are staggering and it seems like a norm, especially in Southern California.

“It’s not okay to engage in these life-threatening behaviors. It’s part of an addiction,” Stradley said.

When it comes to the American population and eating disorders, Stradley gave students the statistics. She said Anorexia Nervosa is the third most chronic illness among adolescents, and that 95 percent of eating disorders are present in people ages 12 to 25. Other eating disorders include binge eating and bulimia.

“If [patients] don’t take personal responsibility, treatment is not going to be successful,” Stradley said.

Licensed marriage and family therapist Vanessa Birdsong told students about the impact of starvation on the body and the mind.

“There’s brain starvation with anorexia,” Birdsong said. “[Patients] have a hard time focusing and with concentration.”

Additionally, she described the warning signs of someone with an eating disorder, which include anxiety, perfectionism, obsessive-compulsive traits and difficulty expressing feelings. Some behaviors of people with eating disorders include purging, laxative or diuretic abuse, and drinking excessive amounts of water.

Birdsong also said some people suffering from an eating disorder will engage in strange eating habits.

“If it looks odd, it probably is. Like someone eating eggs and chocolate together,” she said.

Additionally, Birdsong and Stradley described the impacts media has on the way people view themselves. They emphasized that media are photoshopped and that people shouldn’t compare themselves to it.