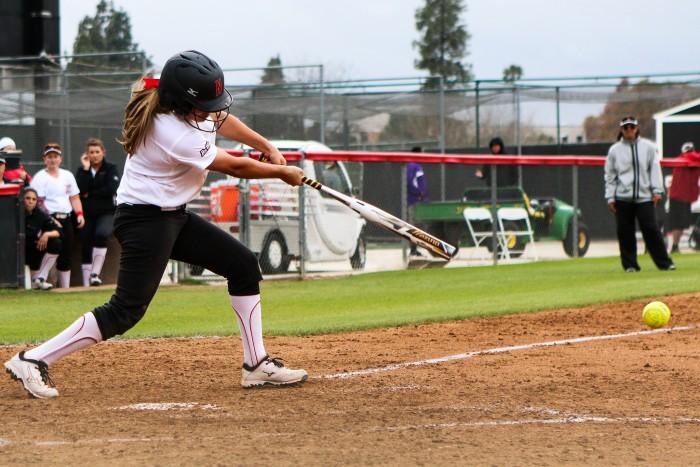 The Matadors participated in the Libby Mason Classic in Stockton, Calif., this weekend and looked to get their season back on track.

CSUN softball won their doubleheader on Saturday due to a string of strong pitching performances.

In the first game, Northridge ace Daphne Pofek started against junior Taylor Tessier for the Sacramento State Hornets. Pofek got off to a rough start giving up a lead-off home run to freshman Sydney Rasmussen.

After giving up the lead off home run, Pofek limited the Hornets to five hits and one run for the rest of the game.

The Matadors added insurance to their lead in the fourth inning when junior Savannah Hovrath stole third and scored on a wild pitch giving Northridge a three to one advantage.

At the top of the seventh, senior Madison Fleming homered to left field to help assure Pofek the victory. Pofek ended the day with pitching a seven inning complete game giving up two runs, six hits and striking out three.

In the second game of the day, there was a battle of veteran against rookie.

Troost came out the victor in the match up pitching an amazing one hit shutout, striking out six and only walking one.

It was a pitching duel for most of the game until Madison Fleming kept her strong day going and singled the middle in the fifth inning scoring third baseman Jessica Alexander.

Lead off hitter Taylor Glover added to the lead in the sixth inning with a single to right field, scoring pinch runner Tara Kliebenstein and sealing the Matadors second win of the day.

So far CSUN is five and eight on the season and three and one in the Libby Mason Classic, with one more game against Seattle University at 10 a.m. on Sunday.